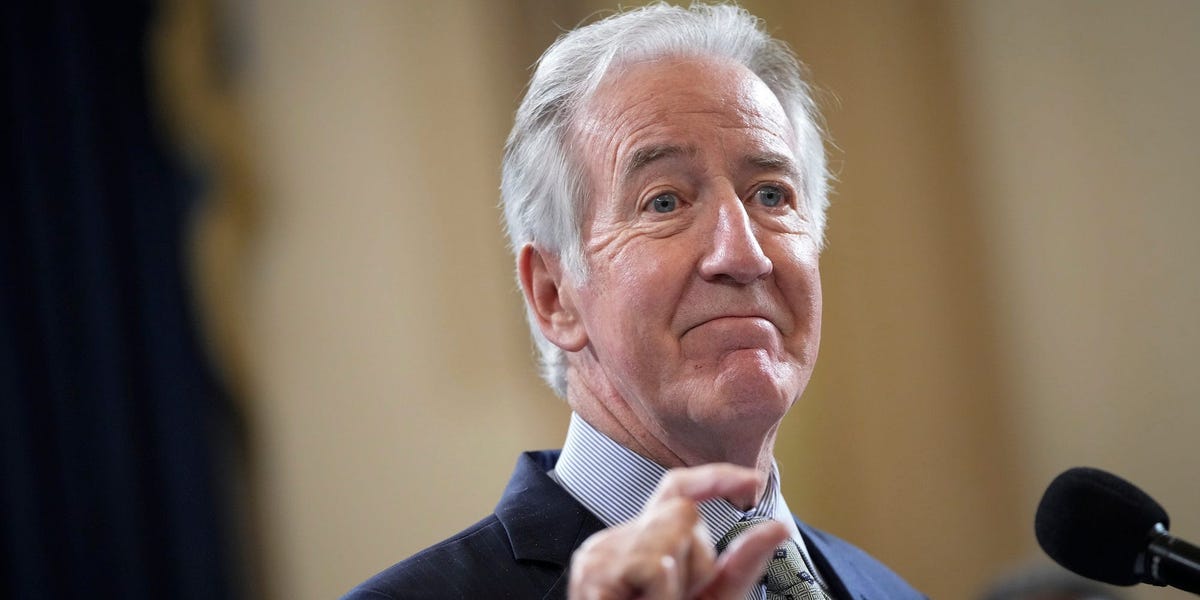 House Democrats who recently gained access to some of former President Donald Trump’s federal tax filings are wrestling with how to make the most of the sensitive data before incoming GOP leaders inevitably shut down the budding investigation next month.

Ways and Means Committee chairman Richard Neal, who will have to hand the gavel over to Republicans in January after their narrow midterms victory, met with Democratic tax writers late Thursday to talk strategy.

In addition to running short on time to comb through several years of the embattled former president’s finances, Neal and whoever he taps to actually pore over the US Treasury documents must be mindful of disclosure laws designed to keep tax records confidential — though some of Neal’s colleagues maintain that everyone deserves to know about any conflicts of interest Trump kept hidden while in office.

“I want them all released,” Ways and Means Committee member Bill Pascrell told MSNBC ahead of Neal’s group-wide meeting. The New Jersey Democrat added that any corresponding probe wouldn’t be about “one man,” but about accountability for all.

“This is whether we affirm that there is no one in this country —  be it the president, a congressman, or whomever — that is above the law. And we intend to follow through on this,” Pascrell said.

Upon leaving the Thursday meeting, Ways and Means Committee member Lloyd Doggett said the sprint through Trump’s taxes could produce evidence that “justifies our taking some further action.”

“Which could include, but does not necessarily include, releasing those to the public,” the Texas Democrat told Punchbowl News. He noted, however, “it’d be very difficult for even the most skilled agent to review these documents thoroughly.”

The put-it-all-out-there push makes things more complicated for Neal, who has so far shied away from acknowledging even laying eyes on the Trump-related trove.

While he previously hailed the Supreme Court decision affirming the committee’s right to review pertinent tax returns and vowed to “conduct the oversight that we’ve sought for the last three and a half years,” Neal seems committed to treading carefully here.

“I would never feel comfortable advising a client that he or she could safely disclose — let alone ‘make public’ — any tax return in a manner that was not unequivocally enumerated in section 6103,” Kies testified in early 2019, citing the law that bars unauthorized disclosure of private tax information. He added that the consequences, which include thousands of dollars in fines and potential jail time, are “grave.”

Rep. Vern Buchanan, one of the Republicans vying to lead the tax writing panel next year, railed against Neal’s developing deep-dive but declined to say what, if anything, he could do to contain it.

“Democrats’ relentless pursuit of President Trump’s tax returns is nothing more than a partisan attack against a political opponent that serves no legitimate or legislative purpose,” Buchanan wrote in an email to Insider. “Using the IRS as a political tool sets a dangerous precedent that makes it easier for everyday Americans to be targeted for their political or personal beliefs.”

House Minority Leader Kevin McCarthy and retiring Ways and Means Committee ranking member Kevin Brady did not respond to requests for comment about plans to shield the Trump tax returns from public view now or once Republicans take control of the chamber on January 3, 2023. “Under House Rules, Democrats are required to preserve records,” is all a McCarthy aide would say on the matter.

Ways and Means Committee member Dan Kildee said he was backing Neal’s call in this case.

“I defer to the chairman’s judgment on all of this. He’s handled it exactly correctly and we’ll see what the process looks like going forward,” Kildee told Insider between votes on Thursday night.

And while he acknowledged they were racing against the clock, Kildee said Ways and Means Democrats would rise to the challenge.

‘There’s obviously somewhat of a time crunch with the president’s stalling tactics not entirely working.  But we’re still in charge,” he said at the US Capitol.