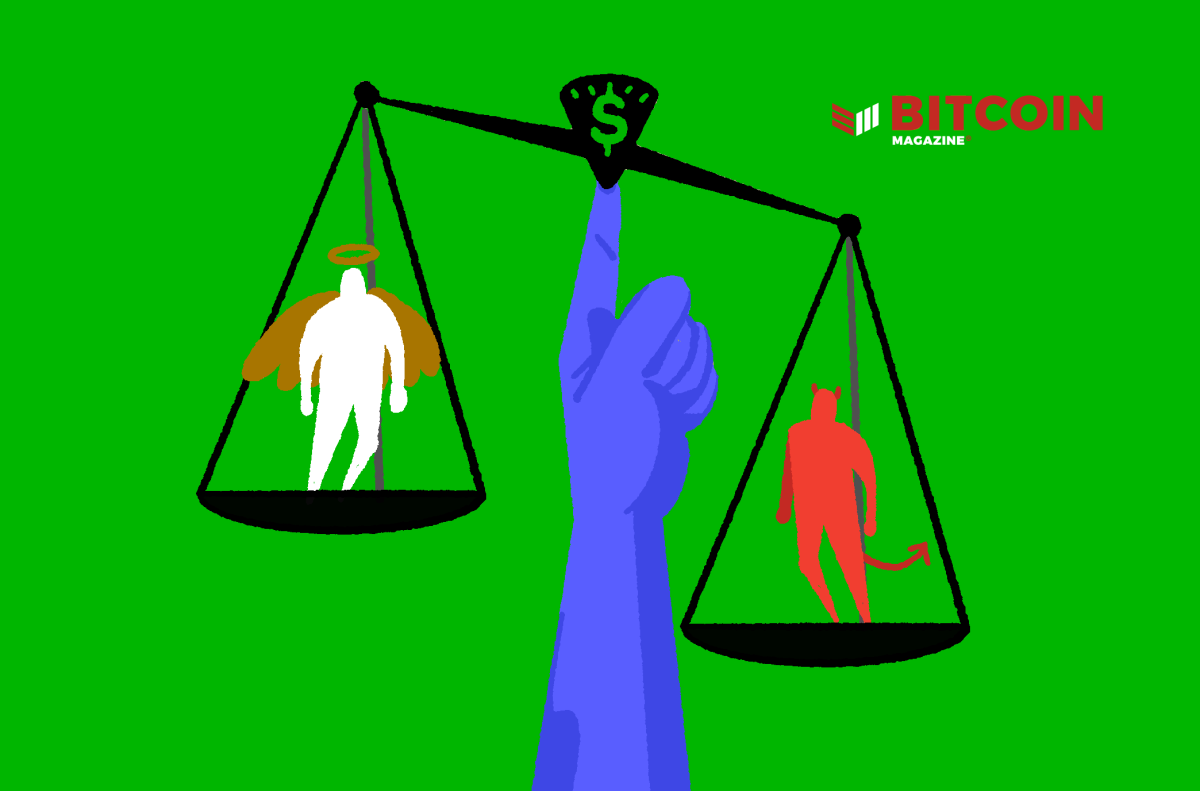 
This is an opinion editorial by Mickey Koss, a West Point graduate with a degree in economics. He spent four years in the infantry before transitioning to the Finance Corps.

When one of the Bitcoin Magazine editors reached out to ask what I thought the FTX collapse meant for bitcoin, my first instinct was simply, “Tick-tock next block.”

But after some reflection I think it’s hard to cover this scenario in a one dimensional view.

For whatever reason, my mind immediately went to an old Clint Eastwood movie, “The Good, The Bad And The Ugly,” which conveniently creates the perfect framing for my thoughts on this still-unraveling predicament.

If there’s one good thing to come of this scenario, it’s the knowledge that centralized exchanges may not actually be your friend after all. Discussions with (relatively) normal people about self-custody inevitably conclude in the expression of fear that they don’t trust themselves to hold their own keys. As Caitlin Long points out below, a big exchange may not be all that great at it either.

Evidently the masses are catching on. Two days ago, cryptocurrency news firm CoinTelegraph reported that $3 billion worth of bitcoin left exchanges in the week preceding the publication of that on 13 November 2022. If you understand Bitcoin, you likely realize that this is pretty significant news and may be one of the best, if not only, good outcomes from this whole debacle.

Warren Buffet said, “It’s only when the tide goes out, you learn who’s swimming naked.” Self custody allows you to simply sit back and enjoy the show so to speak.

Senator Elizabeth Warren, among others, are already calling for “a major crypto bill.” With the collapse of an offshore, unregulated altcoin casino, politicians now have a galvanizing moment they can leverage to get some things done.

Senators Cynthia Lummis and Kirsten Gillibrand posit that the lack of action on crypto legislation over the past years and months have put the U.S. at a regulatory disadvantage.

Ironically, one of the crypto bills under consideration was written with the help of FTX.

“The bill — introduced by Senate Agriculture Chair Debbie Stabenow (D-Mich.) and Sen. John Boozman (R-Ark.) — is facing scrutiny in the wake of the FTX collapse because the company was a major lobbying force behind the legislation. SEC Chair Gary Gensler has said the proposal is ‘too light-touch.’“

While U.S. regulation would provide some potentially much-needed clarity for institutions, a rushed package to address an emergent situation may result in an end product that is less than optimal for the markets writ large. My hope is that legislative gridlock will help to slow the process down to facilitate a more deliberate and thoroughly considered piece of legislation.

BBC News reported on the day of this writing that over a million people and businesses are now owed money by FTX. With the declaration of bankruptcy, it is unclear who will get paid back, if anybody, and just how much money they will actually get back.

While it’s easy to criticize cryptocurrency token gamblers and day traders for not taking possession of their coins, the picture is more complex than that. I have friends and family who were concerned with self custody and held their assets at BlockFi. Their coins are now frozen in limbo, unsure when they will be able to withdraw — if ever.

The fallout from FTX is still unraveling and I’m sure there will be a lot more collateral damage unveiled in the coming weeks.

It’s situations like this that breed the next generation of self-custody bitcoin maxis. We need to take this opportunity to lead and to teach.

As I’ve written already in past pieces, I narrowly avoided losing everything to the Celsius collapse earlier this year, just months before I started writing for Bitcoin Magazine. Sometimes we just don’t know what we don’t know. Help them see the light.