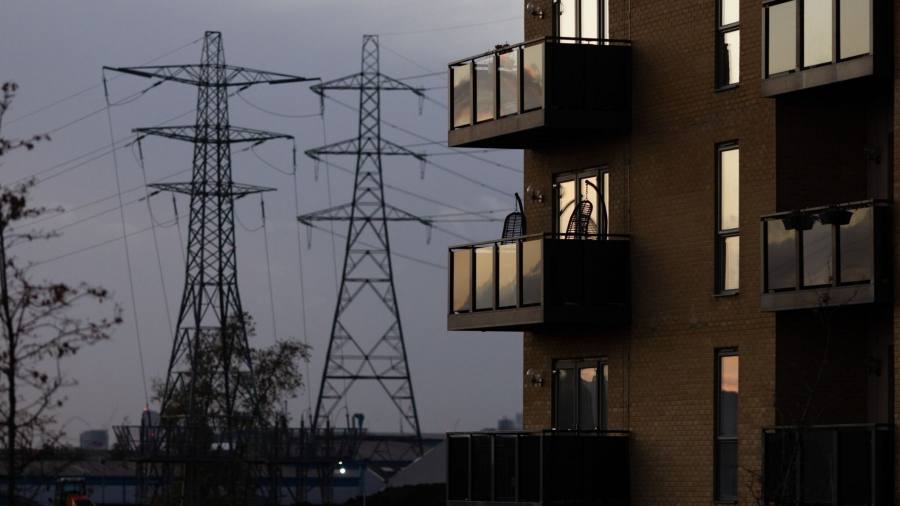 
Regulator Ofgem has set out proposals to reform Britain’s energy market, including changing how much suppliers can make under the price cap and raising capital requirements to reduce the risk of supplier failures.

Ofgem also said that it would “closely” monitor suppliers’ use of customer credit balances but held back from suggesting they should be ringfenced — a measure companies such as Centrica have championed, accusing rivals of using customer balances “like an interest free credit card”.

The plan to adjust supplier profit margins while still allowing them to utilise customer funds could be contentious at a time when households are wrestling with the cost of living crisis.

Chris O’Shea, chief executive of Centrica, owner of British Gas, accused the regulator of an “abdication of responsibility” in failing to ringfence customer deposits.

“[Customers] would be appalled to learn their money was being used to fund day to day business activities, but that’s exactly what’s happening in some companies,” he said.

Ofgem said that if the use of customer balances was found to be “reckless”, it would take further action. Consumers typically overpay relative to the energy they use in the summer months, building up big advance deposits with suppliers, which are then run down through the winter.

Under the price cap scheme, which was introduced in 2019, the regulator puts a limit on how much power companies can charge per unit of energy, setting the profit margin allowance at a nominal rate of 1.9 per cent of earnings before interest and tax.

As revenues have risen as a result of increases in the cap — which will jump from £3,549 this quarter to £4,279 for typical usage from January — the amount energy suppliers can make has risen. Retailers at the moment can make about £63 per customer, up from £24 in October 2021 when the price cap was £1,277, according to Citizens Advice.

The government decision to subsidise customers this winter with the so-called energy price guarantee has limited the amount households have to pay by capping the unit cost of energy, equivalent to an annual bill of £2,500 for typical usage. The government has said it will reduce that subsidy from April, meaning the average bill would rise to £3,000.

Any shift to more variable profit margins would likely initially be targeted at reducing the amount suppliers are earning during the energy crisis, but could allow energy retailers to make higher margins when the price cap falls back as Ofgem tries to build greater resilience in the sector.

That could limit the amount household bills come down by when wholesale prices eventually fall.

Jonathan Brearley, chief executive of Ofgem, said it was a “delicate balance” for the regulator and said plans to make business hold more capital would strengthen the sector.

“Ofgem want well capitalised businesses that can weather price fluctuations,” Brearley added. “[But] we also don’t want to block the market for new suppliers or force suppliers to sit on lots of capital they could be investing in innovative ideas.”

The proposals come in the wake of heavy criticism of the regulator after 30 energy supply companies went bust over the past 18 months as a result of inadequate capitalisation amid rising wholesale gas prices.

A National Audit Office report earlier this year said that households were paying the price for Ofgem’s light-touch approach to monitoring.

Ofgem is also proposing a potential extension of the market stabilisation charge — which compensates companies at consumers’ expense if customers switch suppliers before using the energy bought for them at high wholesale prices.

Suppliers must also ringfence cash collected from customers they must pay towards green energy schemes.

Citizens Advice, the consumer lobby group, has warned that energy suppliers are making higher profits because the industry’s regulator has shifted some of the risks and costs of running their business to household bills.

The £2.7bn cost of transferring customers from failed suppliers has already added £94 to every household bill. That amount is expected to rise next year when Bulb, by far the largest failure, is moved out of effective nationalisation.

Ofgem will consult on the proposals with the intention to bring them into force in spring 2023.