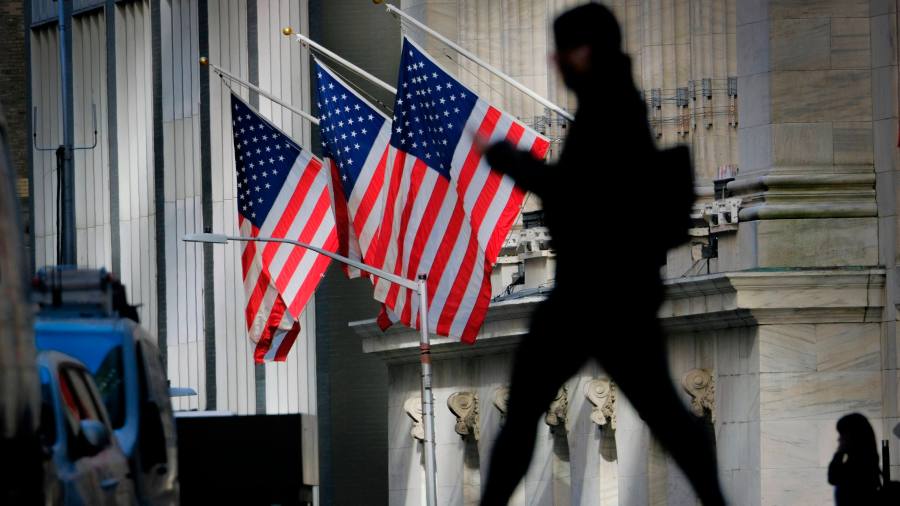 
US blue-chip stocks wavered in holiday-light trade on Friday, but notched up a gain for the week as investors took heart from a dovish set of Federal Reserve minutes published earlier in the week.

The benchmark S&P 500 closed little changed after a half-day trading session, while the tech-heavy Nasdaq Composite was down 0.5 per cent. Wall Street markets were closed for Thanksgiving on Thursday and activity is typically muted in the shortened Black Friday trading session.

The S&P still closed the week more than 1 per cent higher after minutes from the Fed’s November meeting, at which the central bank raised its main policy rate by 0.75 percentage points for the fourth time in a row, suggested a majority of officials were prepared to slow the pace of rate rises soon, when they are confident inflation has been tamed.

“We are probably seeing the end of the central bank storm and that is enough of a relief for most markets to see positive performances,” said Florian Ielpo, head of macro at Lombard Odier. “The Fed is not behind the curve any more, or so it seems.”

US government bonds also zigzagged on Friday. The two-year Treasury yield was flat at 4.48 per cent, while the 10-year yield was little changed at 3.73 per cent.

The yield on 10-year Treasuries surged as high as 4.34 per cent in late October, its highest level since 2007, but has slipped back since as investors have begun to bet that inflation in the world’s biggest economy may have peaked. Inflation eats into the value of bonds’ fixed payments, rendering them less attractive to investors.

The US dollar, meanwhile, rose 0.2 per cent against a basket of six peers, trimming its decline of more than 4 per cent so far in November.

European stocks took a cue from the tame US session, trading near the flat line. The regional Stoxx Europe 600 was flat, while London’s FTSE 100 ticked up 0.3 per cent.

Oil prices gave up their morning gains to trade slightly lower, with Brent crude, the international marker, down 0.4 per cent to $84.97 per barrel. US benchmark West Texas Intermediate slipped 0.3 per cent to $77.73 a barrel. Both prices are down about 3 per cent for the week, with concerns over the outlook for China’s massive economy weighing on sentiment.