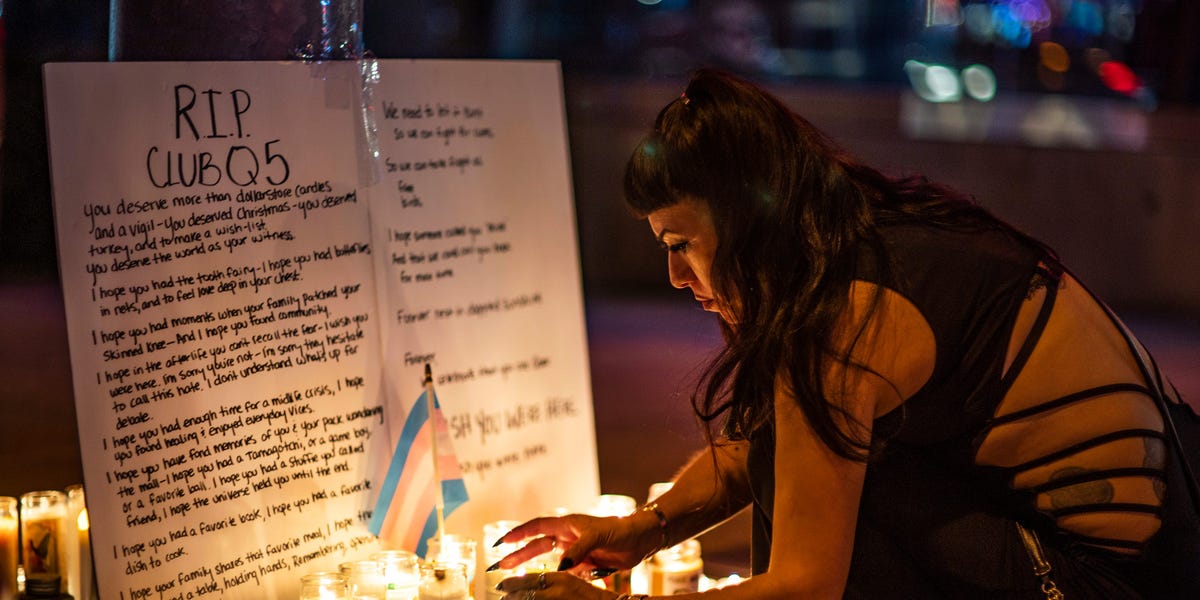 On November 20, five people were killed and 18 were injured at an LGBTQ club shooting in Colorado Springs, Colorado.

Hours after the shooting, Faith Haug, co-owner of auto shop Good Judy Garage in a nearby town called Sheridan, tried to find out how to donate money to ClubQ. She co-owns the shop with her partner CC Haug, the lead mechanic who runs daily operations.

“We heard about the shooting Sunday morning and went to make a donation. We couldn’t find anywhere to donate to,” Haug told Insider. “Some of our employees have been to ClubQ, so it made sense for us to start a fund.”

Haug created a GoFundMe page for the victims of the ClubQ shooting. She shared the campaign on her Good Judy Garage’s Instagram page, which, at the time, had less than 4,000 followers. “Our social media following took off with it,” she says.

At the time of this writing, the campaign raised $686,596 with over 17,600 donors. The funds raised are a testament to the power of the LGBTQ+ community and their allies on social media.

“Queers take care of queers,” writes donor Elle Billman in the comments. Another donor named Sonya Murphy writes, “It could have been my kid, her girlfriend, their friends, my coworker’s son… Thanks for organizing, my heart breaks for everyone involved and the entire LGBTQIA+ Community.”

Haug adds, “The queer business owners here in Colorado Springs, we look out for each other. It’s a small community. When something happens to a business, whether it’s a club or a restaurant or whoever, the community is there to jump in to try to help.”

From the start, Haug’s intention was to pass any funds raised to the families of those who were killed first, then direct any extra donations to the injured victims. Now with six figures to manage, the task of disbursing money to the victims is more complicated than she anticipated.

“It sounds like an astronomical amount of money,” she said, “but when you consider medical bills, it really isn’t. The funeral expenses for five people will potentially be six figures. Even one person’s medical bills could be six figures, and there’s 18 injured.”

Haug added a form to the GoFundMe page for victims to connect with her. The campaign page says victims’ names and contact information will not be shared publicly. In the meantime, she is working with an LGBTQ+ law firm to equitably disburse funds to victims and their families, without taking a percentage of the donations. This is Haug’s first time managing a campaign that has raised six figures in donations in just two days.

Some donors have pulled their donations because they thought funds were not being disbursed fast enough. Haug said in response, “It hasn’t even been 48 hours. GoFundMe takes five business days at least to transfer funds. We are doing everything we can to move things along, but we just ask that people be patient and understanding that this is a large amount of money.”

How to Join Mastodon and Start Posting