Is Microsoft a Buy at Current Levels?


Like its big-tech peers, Microsoft Corporation (NASDAQ:) hasn’t escaped this year’s market downturn. Shares of the U.S.’s second most valuable company are down 30% from their November 2021 peak. 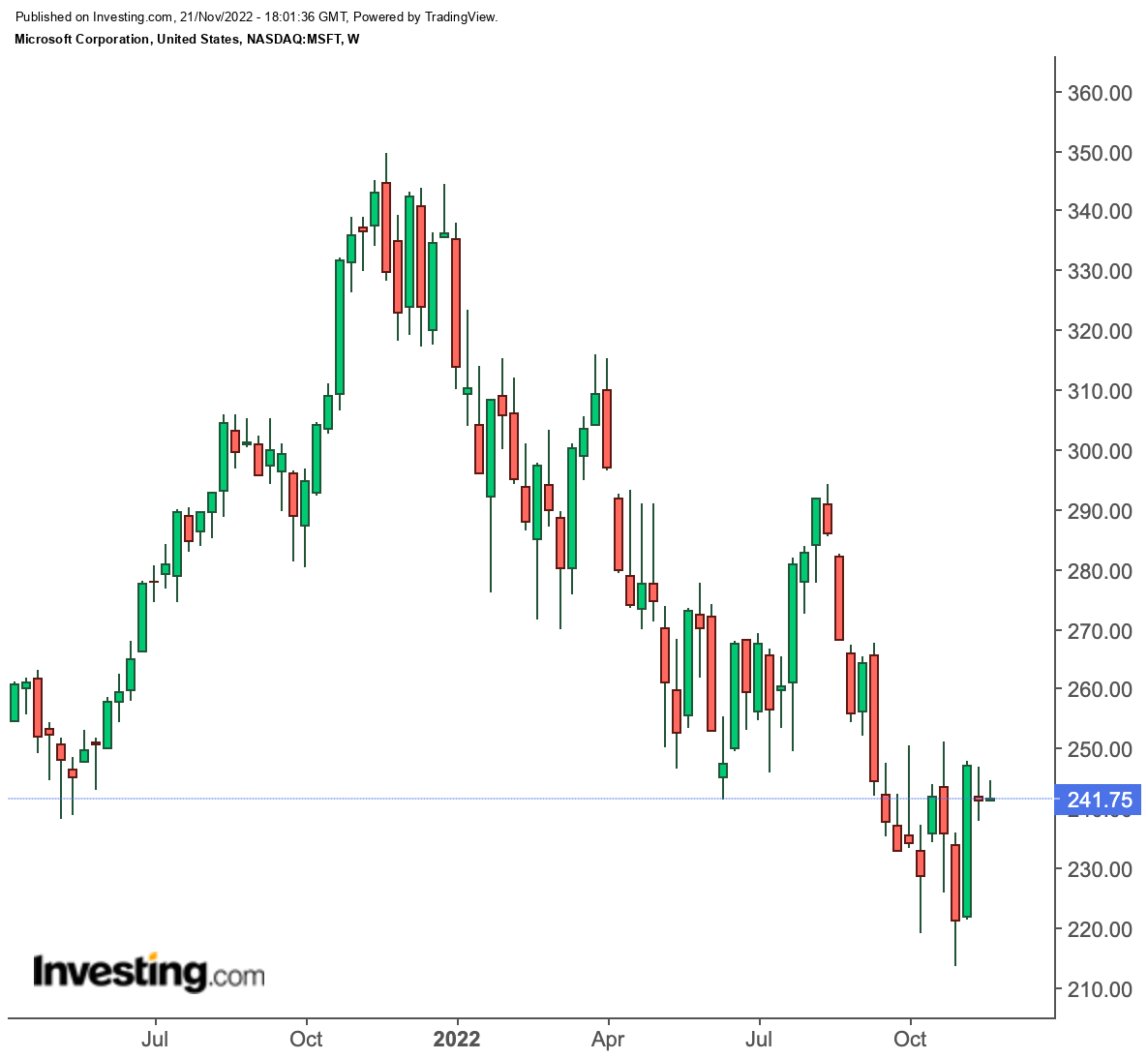 However, after such a massive move to the downside, many investors, like me, are wondering if this is the right time to take advantage of this weakness and buy MSFT stock, which has proven to be a highly profitable and safe investment during the last decade.

Even after the downturn, investors who bought MSFT stock five years ago and held it made more than 150% in total returns. In contrast, the tech-heavy NASDAQ-100 Index delivered about 60% returns during the same period.

In a note to clients earlier today, Goldman Sachs said the current rally is temporary, forecasting a market bottom in 2023. The investment bank said that while valuations had fallen this year, they had mostly done so in response to rising interest rates. In addition, the bank noted that investors haven’t yet priced in earnings losses from a recession.

Some analysts believe that tech giants will remain under pressure for many years to come as they face a sharp rise in services and wage costs that will weigh on their growth.

As this weakness lingers, some analysts have downgraded their price targets for MSFT during the past month as they consider the near-term headwinds. Still, the stock remains an outperform at Investing.com. But while the jury is still out on how far the current bear market can go, there are many reasons to support the Redmond, Washington-based stock in the long term.

First, Microsoft is well-entrenched in the digital economy due to its diversified business model, including a suite of Office products, cloud services, and a gaming unit.

Though Microsoft’s revenue and margins are under pressure, the company is well-positioned to withstand the economic downturns due to its diversified business and pricing power.

The company’s cloud computing business has been the major driving force behind the stock’s surge in the past five years—a period in which its CEO, Satya Nadella, branched out into new growth areas, mainly focusing on the cloud computing arena.

The clearly showed this strength. While MSFT’s sales from Windows software to P.C. makers slowed considerably in the previous quarter, demand remained strong for cloud services. 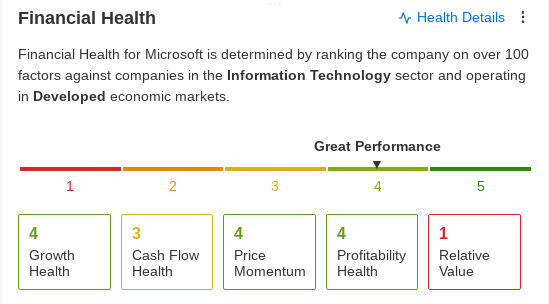 Sales of Azure services, which run and store businesses’ software applications, and web-based versions of Office productivity programs, rose 42%, excluding the currency impact. This unprecedented growth streak in cloud computing has many more years to last.

Microsoft’s Azure unit—behind only Amazon.com’s (NASDAQ:) AWS web service group in the cloud infrastructure services arena— will likely be a major beneficiary of this upcycle.

But with cash reserves exceeding $130 billion, the company has enough firepower to support its stock through share buybacks and dividend hikes. Microsoft is just one of two publicly traded companies to earn top triple-A ratings from Moody’s Investors Service and S&P Global Ratings, the two biggest credit companies.

It’s hard to predict when the market will bottom out in the down cycle, but one thing is clear to me: companies like Microsoft, which have a strong economic moat and powerful products, aren’t going anywhere. That said, this market downturn may offer investors with a long-term investment horizon a chance to take a position in this excellent business to earn steadily growing returns.

Disclosure: As of the time of writing, the author is long on MSFT stock. The views expressed in this article are solely the author’s opinion and should not be taken as investment advice.