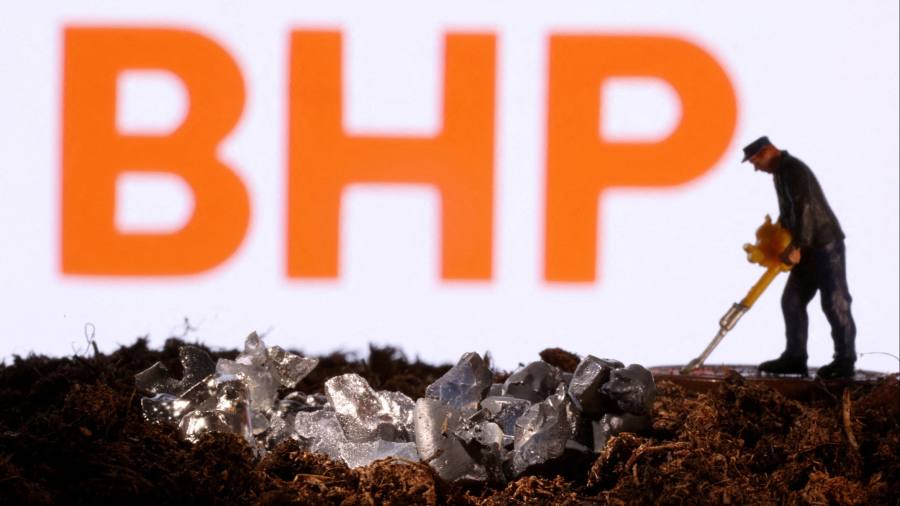 
Copper has lots of fans in the mining industry. For the energy transition, few metals matter more. As an example, electric vehicles need roughly three to six times the copper of conventional fuelled cars. Miners such as BHP have long stated a desire to expand their output of the red metal. BHP clearly has decided to try harder.

On Friday, the Sydney-listed miner chose to bump up its August cash offer price for local rival Oz Minerals by 13 per cent to A$28.25 ($19) per share. Its board has recommended this offer. Oz produces copper, which accounts for over 70 per cent of revenues. Also in the works is a mine for nickel, used in batteries. Oz’s mines fit well with BHP’s own assets in the country.

Although Lex had thought the first offer fair, fans of the red metal’s prospects should see BHP’s move as good news. Historically low copper inventories — at under five days of consumption — are a threat to the hopes of electrification. One recent debate within the industry is whether investors trust copper producers to take more risk on acquisitions and new mines. Still, BHP took the plunge and spent another three-quarters of a billion dollars.

Shareholder doubts might have given BHP management pause since August. Its investors probably treasure the 11 per cent dividend yield. Splashing out $6.4bn on Oz eats up roughly half of next year’s estimated free cash flow. Also, for all the sustainable energy promise of copper its price — now $3.65 per pound — has meandered sideways for a decade. It is a quarter below this year’s highs, partly because next year’s supply should rise over 4 per cent, notes Tyler Broda at RBC. That would be the most in recent memory.

Perversely, higher global interest rates might distract those income-hungry shareholders, causing them to shift capital from the likes of BHP towards other investments. That might tilt the balance towards shareholders focused on the long-term growth potential of copper and the need for more of it.

‘Time to Stop Being Afraid’