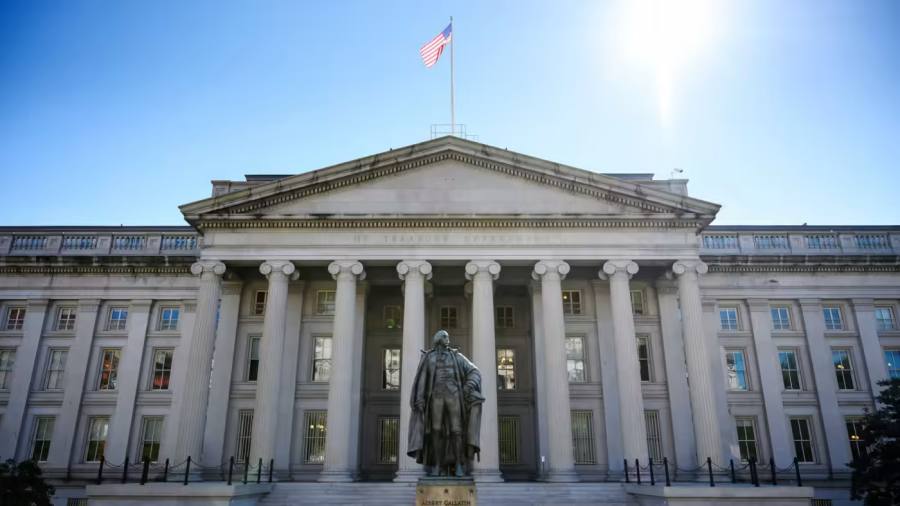 The Biden administration has called on Congress to pass laws to clarify how cryptocurrencies should be regulated, as officials warned that delays on Capitol Hill could put investors at risk.

The US Financial Stability Oversight Council — a group of the country’s top financial regulators including the Treasury — issued a report yesterday urging politicians to come to agreement on a number of areas including how to regulate bitcoin and other crypto assets sold on the spot market.

The report comes as members of Congress debate proposals covering the $140bn stablecoin industry to tax rules for crypto brokers.

But while Biden administration officials worry about a repeat of the collapse of now-infamous stablecoin terraUSD, those close to the congressional negotiations said they were still months away from passing legislation.

The FSOC’s report came as the crypto industry reels from a historic collapse in prices and with several prominent companies falling into bankruptcy, raising questions about who should carry out chief oversight of the volatile market.

Regulatory agencies such as the Securities and Exchange Commission and Commodity Futures Trading Commission have pressed for jurisdiction over the industry. SEC chair Gary Gensler has argued that most cryptocurrencies — and the platforms where they are traded — should be regulated by the SEC because many of the tokens qualify as securities under US law.

Yesterday reality TV star Kim Kardashian agreed to pay $1.26mn to settle SEC charges that she did not disclose a $250,000 payment she received to post about crypto security tokens sold by EthereumMax on her Instagram account, which has 331mn followers.

Go deeper: Premium subscribers can sign up to our weekly Cryptofinance newsletter from digital assets correspondent Scott Chipolina, delivered to your inbox every Friday.

Do you worry about the lack of regulation in the cryptocurrency industry? Email your thoughts to firstft@ft.com or reply to this email. Here is the rest of today’s news — Gordon

2. Kwasi Kwarteng to bring forward debt-cutting plan The UK chancellor is to accelerate the publication of his medium-term fiscal plan in an attempt to reassure markets after he was forced to make a humbling U-turn on part of his “mini” Budget. The medium-term fiscal plan was due to be published on November 23 but is now expected this month, according to the Treasury.

3. Ukraine forces break through Kherson front line Ukrainian forces have broken through the front lines in Kherson, one of the four regions Russia’s president Vladimir Putin annexed last week. The breakthrough marks Ukraine’s biggest military advance in the south since Russia invaded the country in February. Follow the latest with our visual guide to the war.

4. BlackRock reshapes top team BlackRock has chosen a new chief financial officer as part of a reshuffle that positions the world’s largest asset manager to fight back against criticism and promotes younger executives. In recent months, the group has come under fire from both the right and the left for its huge stakes in every large US company and its approach to environmental, social and governance investing.

5. US considers first over-the-counter birth control pill More than 60 years after the US revolutionised the lives of women by approving the birth control pill regulators are considering allowing it to be sold over the counter in pharmacies for the first time amid a nationwide battle over reproductive rights.

Markets outlook US markets are expected to open higher later today after recording their biggest daily increase since August yesterday. Wall Street’s benchmark S&P 500 share index closed up 2.6 per cent, while the technology-heavy Nasdaq Composite added 2.3 per cent. Shares in Asia and Europe have made gains today, fuelled by hopes that weakening US economic data would lead to a change in global central bank policy.

Economic data Data from the US Bureau of Labor Statistics are expected to show job openings edged down to about 10.8mn in August from 11.2mn the previous month, according to a Refinitiv poll. Factory orders will give fresh insights into the health of the manufacturing sector. Total factory orders are expected to have remained flat in August from a 1 per cent decline in July, according to economists polled by Refinitiv. The Census Bureau will report a revision to its advance estimate of durable goods in August. It previously reported orders for long-lasting goods fell 0.2 per cent during that month.

Monetary policy  Philip Jefferson will deliver his first speech today as a newly-appointed Federal Reserve governor, providing the keynote address at a session at the Technology-enable Disruption conference, an event jointly hosted by the Atlanta, Dallas and Richmond branches of the Fed. Elsewhere, Cleveland Fed president Loretta Mester will deliver remarks at the Chicago Payments Symposium and San Francisco Fed president Mary Daly is participating in a fireside chat at a Council on Foreign Relations event.

Company earnings The frozen potato processor Lamb Weston is expected to report a 14.4 per cent revenue increase in the quarter that ended in August, as higher prices and restaurant demand for fries recovers from pandemic lows. Analysts polled by Refinitiv expect revenue to come in at $1.1bn and adjusted earnings are forecast to be 49 cents a share, up 29 cents from a year ago.

Religious holiday Today marks the beginning of the Jewish holiday Yom Kippur, the Day of Atonement, the holiest day of the Jewish year.

Which nuclear weapons could Putin use against Ukraine? It has been called the biggest nuclear threat to world safety since the 1962 Cuban missile crisis: as Vladimir Putin seeks to salvage his invasion of Ukraine, the Russian president has stepped up his threats to use nuclear weapons. This is what we know about the nuclear weapons Putin could be tempted to use.

When conspiracy theorists rule Conspiracy theorists have moved from the streets to the suites, and have become presidents of countries including Turkey and Brazil. In the US, Donald Trump is planning his political comeback. But the most dangerous of them all is Vladimir Putin, who is threatening the world with nuclear war, Gideon Rachman writes.

China’s property crash Contagion is spreading deep into China’s political economy. What began as a property crisis — with slumping apartment sales and developer debt defaults — is morphing into a financial crunch for local governments. Read the first part of a new series examining the impact of the crisis brewing in the world’s second-largest economy.

Making the poor poorer is a false economy The UK government is discussing cutting welfare spending by not lifting benefits in line with inflation. Sarah O’Connor argues it is time to instead get tough on the causes of welfare spending: low pay, high housing costs and poor health.

What are the best at-home beauty gadgets? Our skincare columnist Adeela Crown picks out the top performers in her tool kit.