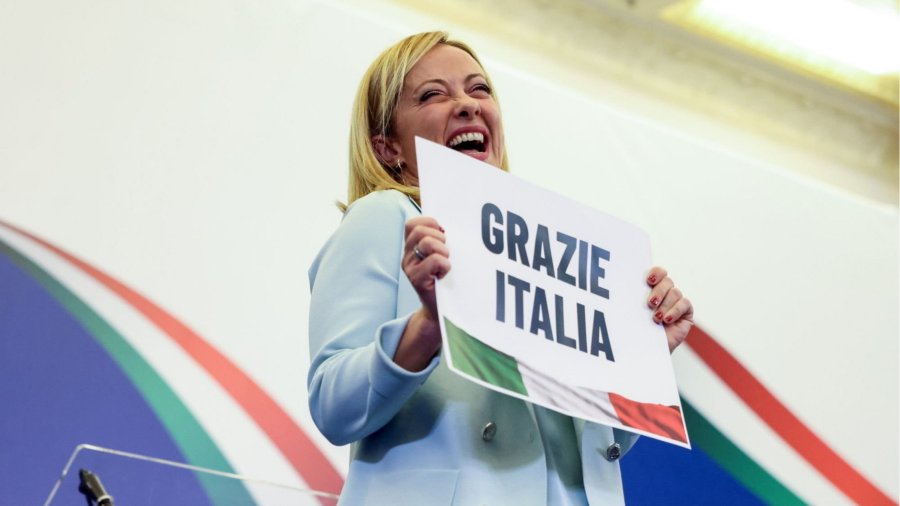 
Italy really has given Europe’s political scientists something to chew over by electing a government of not just one or two populists but a three-party coalition including varying flavours of far and hard right. The power-seasoned League led by Matteo Salvini and the ideologically more moderate Forza Italia under Silvio Berlusconi have now become junior partners, with Brothers of Italy under Giorgia Meloni the leader of the trio.

This is obviously a dark turn of events in a continent where the political centre has been fighting hard to maintain liberal democracy, human rights and the rule of law. The most salient impact is likely to be on the management of centrally disbursed EU funds, which are supposed to support the rule of law. Whenever there are populists in government there’s always the possibility of a Donald Trump-type view of trade and globalisation, turning inwards at the member-state or the EU-wide level. But the recent experience of populism in Europe, including in Italy, is that Euroscepticism tends to moderate when in office. And even nationalist governments dismissive of liberal constitutional norms are often relatively open to international economic engagement.

Brothers of Italy is frequently labelled “post-fascist”, a tradition rooted in the Italian Social Movement, a postwar party set up by admirers of Benito Mussolini. But the party’s stated platform, although deeply unpleasant about immigration, is a long way from being inspired by Mussolini’s autarkic state-led economic model.

Yes, the party is often keen on government intervention in industry and suspicious of foreign investors, and Meloni has said she wants the Italian state to buy a controlling stake in Telecom Italia. But state involvement in utilities is not exactly unheard of in Europe: unlike Emmanuel Macron, Meloni has said she doesn’t want to nationalise energy production. More broadly, she has said that she wants Italy to fight harder for its interests within the EU, not to destroy or fracture it.

Like the League, Brothers of Italy also draws a lot of votes from the well-off areas of northern Italy, home to a network of efficient export-oriented companies. They may be concerned about competition from China along with taxes and energy prices, and welcome judicious state support, but they are unlikely to see heavy-duty protectionism as the answer.

The previous experience of populist government in Italy, the coalition between the League and the Five Star Movement between 2018 and 2019, revealed scepticism but not destructiveness on trade issues.

There was a moment of drama when the administration threatened to knife the EU’s bilateral Ceta trade deal with Canada. But it turned out the government actually wanted more Italian product names protected in the Canadian market under the “geographical indications” part of the deal, a reassuringly familiar export-oriented demand. Italy still hasn’t ratified Ceta, but then neither has France. The deal is already in effect through being “provisionally applied” and it’s unlikely that will ever be undone.

Elsewhere in the EU, even populists who profess affection for autocrats and protectionists have often gone along with the mainstream of EU trade policy. Fans of open trade were concerned after the rightwing populist vote increased in elections to the European Parliament in 2014 and 2019. In the event, many of those MEPs (though not particularly the Italians) have been relatively keen on supporting trade deals.

A highly effective constraint on populist subversion of EU internal market or trade policy is the lack of rival poles of economic activity to orient around. The most obvious example, Viktor Orbán in Hungary, has consistently indicated his openness to influence from Moscow as well as his affection for the economically nationalist Trump.

But Hungary’s economic centre of gravity very clearly remains in the EU: it’s been called an “Audi-ocracy” for the influence of component manufacturers supplying Germany’s car industry, which is itself oriented to global exports. Even before the Russian economy was crushed by sanctions over Ukraine, Vladimir Putin’s Eurasian Economic Union was a pitiful alternative to the EU, a small rabble of economically backward Russian satellite states.

Sometimes the likes of Orbán make some gesture about defying EU conventions. One was his government’s gleeful announcement of support for the former UK minister and Brexit supporter Liam Fox in his doomed attempt to become the World Trade Organization’s director-general in 2020. Fox’s campaign made much of this breach of EU solidarity, but in the event Hungary meekly went along with the EU consensus to support another candidate.

None of this diminishes the danger of having one of the EU’s largest member states governed by parties from such a destructive tradition. But for those worried the Italian elections will undermine EU liberalism, the new government’s attitude to the single market and global trade is unlikely to be among their worst effects.