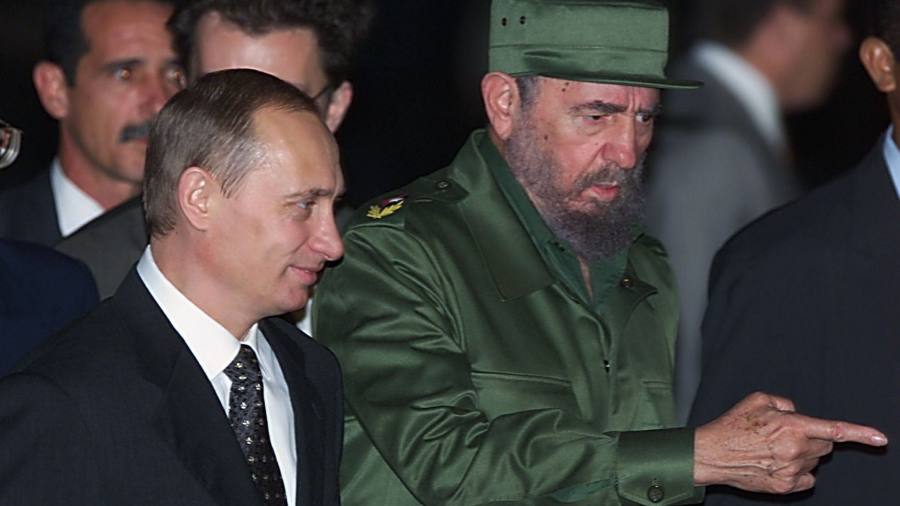 
Vladimir Putin is not known for his generosity, though he does seem to have a soft spot for Cuba.

Moscow has reportedly shipped at least two lots of 700,000 barrels of crude oil to the Caribbean island since July, enough to meet Cuba’s needs for around 12 days and Russia’s first such exports to Havana since February, data from Rystad Energy show.

Further shipments are inbound. How exactly Cuba is paying for all of this is unclear.

Cuba is importing its third cargo of Russian oil in three months from Russia as the federation seeks alternative buyers ahead of European sanctions on crude from December.

The 2003-built aframax tanker Kazan (IMO: 9258002) loaded at Primorsk around September 7 and sailed for Cuba. The tanker is expected to arrive within the next five days, vessel-tracking data shows.

Two more aframaxes have also been active. Suvorovsky Prospect (IMO: 9522324) discharged a cargo . . . in mid July, while the vessel NS Laguna (IMO: 9339325) delivered crude to the port of Banes a month later. Both loaded at UST-Luga, data show.

The NS Laguna liked Cuba so much it’s already on its way back, data from Vessel Finder show. And one London-based ship broker told Alphaville that a fourth aframax, Sovcomflot vessel the Captain Kostichev, is fixed to load from Primorsk on October 8, with the cargo having already been sold into Cuba.

In other words, it isn’t just India and China importing larger quantities of Russian oil as European demand has slowed since Putin’s invasion of Ukraine.

But Cuba really does need the oil. Tourism income fell off a cliff during the worst of the pandemic and US sanctions signed off by Donald Trump in the last days of his presidency have exacerbated a foreign exchange squeeze that has left Cuba grappling with severe shortages of food, medicine and other basic goods.

The emigration rate is at its highest in decades. Blackouts frequently last more than eight hours, a matter made worse by a huge fire at Matanzas port in August that dented Cuba’s ability to import vital fuel.

The country’s energy crisis is “absolutely awful,” said Helen Yaffe, a senior lecturer at the University of Glasgow and specialist on Cuba. “Life there is exhausting, the Cuban people have shown incredible endurance despite the hardship.”

The communist outpost has been heavily reliant on Venezuelan oil ever since the collapse of the Soviet Union, said Emily Morris, a research fellow at UCL’s Institute of the Americas:

In 1990, the Soviet Union accounted for most of Cuba’s total trade, including almost certainly all its fuel imports. Cuba’s total spending on imports from the USSR were $5.1bn, which we can suppose included [a large chunk of] the $2bn spent on oil imports. Imports from the USSR-Russian Federation then collapsed to a low of $42mn by 1994. Meanwhile imports from Venezuela were gradually trending upwards, to reach around half of the amount spent on oil imports by 1998, then rising quickly in 1999-2000 as relations with Venezuela warmed.

In 2000, Chavez and Castro signed the Convenio Integral de Cooperación — a barter agreement whereby Cuba sent doctors and teachers to Caracas in exchange for around 90,000 barrels of oil a day. The deal held up until 2016, by which point falling global oil prices had wrecked Venezuela’s economy.

Venezuelan oil production fell to a 13-year low in June of that year as a result, forcing President Nicolás Maduro to slash shipments to Cuba to around 55,000 barrels a day, “most of it fuel oil for Cuba’s electric power plants, as well as crude,” said Jorge Pinon, an oil expert at the University of Texas at Austin.

In 2017, three years after Putin wiped $32bn of Cuban debt, Reuters reported that Russia sent its first major shipment of oil to the island since the turn of the century.

“The Russian deliveries coincide with the Venezuela cutback of 2016 and seem to be one-time deals,” said Pinon, who thinks he may know how Cuba is paying to keep the lights on.

“Even at today’s price for Urals [oil] it is too big of a financial burden for Cuba to be paying cash,” he said. “They just don’t have the money.”

One of two things might therefore be happening, according to Pinon. Either Russia has extended Cuba extra credit, or Venezuela is funding Russian oil exports to Cuba through a time-trade exchange that will see Caracas provide an equal amount of oil to Moscow’s state oil champion Rosneft at a future date.

Rosneft Venezuelan assets include those in the Orinoco joint ventures of Petromonagas, Petroperija, Boqueron, Petromiranda and Petrovictoria. We understand that Rosneft might no longer be the “shareholder” of these assets in order to avoid US sanctions . . . the shares were supposedly transferred to a Russian government agency…

[Russia] receives its equity production in liquid barrels which are exported from Venezuela. At the current time [Russia] does not need the oil, in fact it has too much oil as a result of sanctions.

So, Russia [can export] crude oil to Cuba on a time trade agreement with Venezuela, for which it will receive in the future an equal amount of oil from Venezuela over and above its Venezuelan equity production. If in 2023 Russia was meant to get 100mn barrels, now they’ll get 110mn, for example.

That’s good for Cuba. Through a third party (Russia) it increases its receipts of oil from Venezuela. And it’s good for Russia, which gets free “storage” for its oil which it will get back sometime in the future when it needs it.

Russia’s foreign and energy ministries did not respond to a request for comment. Neither did Cuba and Venezuela.