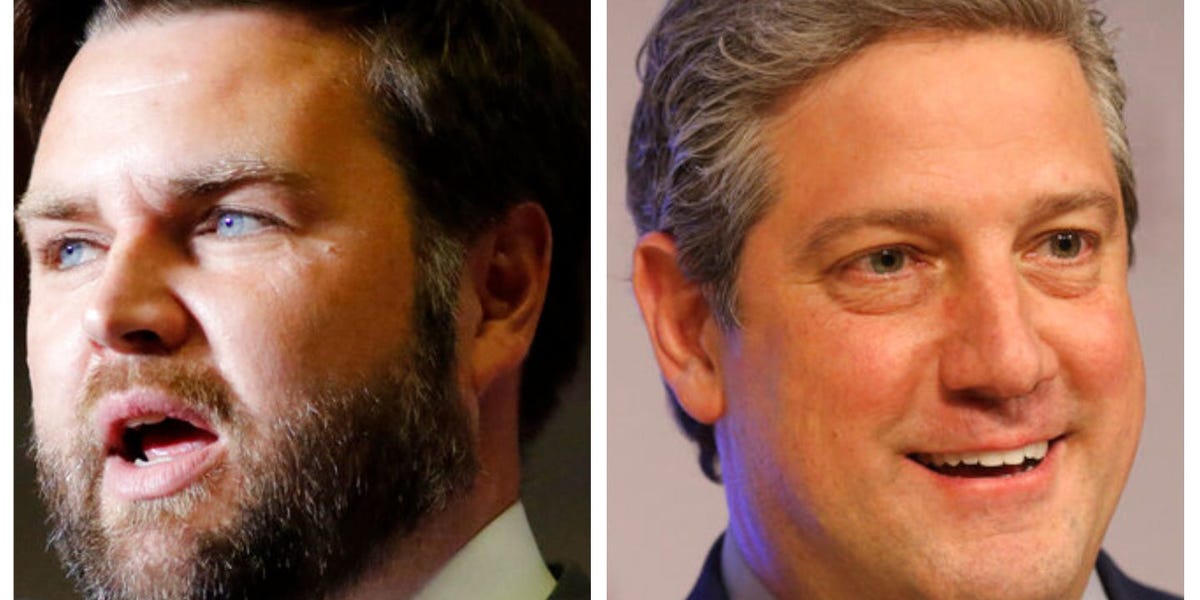 
JD Vance has a razor-thin lead over Democratic Rep. Tim Ryan in the Ohio Senate race, with the Republican nominee edging out the veteran congressman by one-percentage point, according to a new Marist Poll.

The survey showed that Vance had 46% support among registered voters, while Ryan earned the backing of 45% of respondents; nine percent of respondents said that they were undecided.

Among voters who indicated that they were highly likely to vote in November, Vance led by a similar one-point margin (48%-47%).

In the poll, Vance attracted the support of 85% of Republicans, with 9% of GOP respondents crossing over to back Ryan.

The venture capitalist and “Hillbilly Elegy” author performed strongly in western Ohio, where he led Ryan by 40 percentage points (65%-25%), and in the Appalachian region of southern Ohio, where he held a robust 28-point lead (60%-32%).

However, Ryan has managed to remain competitive in the Republican-friendly Buckeye State by consolidating the Democratic base while also performing well with independents and peeling off some GOP voters.

In the survey, Ryan captured 92% of the Democratic vote and had a two-point lead with independents, while also earning the support of nearly one-in-ten Republican respondents.

Among white voters — by far the largest share of voters in Ohio — Ryan and Vance are nearly even, with the Democratic congressman winning 45% of their votes to 47% for the GOP nominee.

And Ryan is running ahead in three critical regions where he must deliver robust margins in order to win statewide — he led in the Cleveland area 53%-35% and metropolitan Columbus 51%-43%.

In the Cincinnati area — where populous Hamilton County in recent years has increasingly backed Democratic candidates in statewide races — Ryan held a 47%-45% edge over Vance.

The top three issues for respondents in the poll were inflation (36%), the preservation of democracy (27%), and abortion (18%).

While Vance has hammered Ryan over the economy by linking him to President Joe Biden — who is currently unpopular in the state — the Democratic nominee has sought to highlight his opposition to free-trade deals that accompanied the decline in manufacturing jobs in the state.

Among those who indicated that they would definitely head to the polls this fall, DeWine held a 55%-39% lead.

DeWine, who is seeking a second term in office, received the backing of 92% of Republicans and attracted the support of 10% of Democratic respondents.

Among independents, DeWine held a significant 22-point lead (54%-32%) over Whaley.

In the survey, the governor also led in every region of the state, including the Democratic-leaning Cleveland area, where he bested Whaley 48%-45%.

Marist polled 1,200 registered voters from September 12 through September 15; the survey had a margin of error of plus or minus 3.6 percentage points.