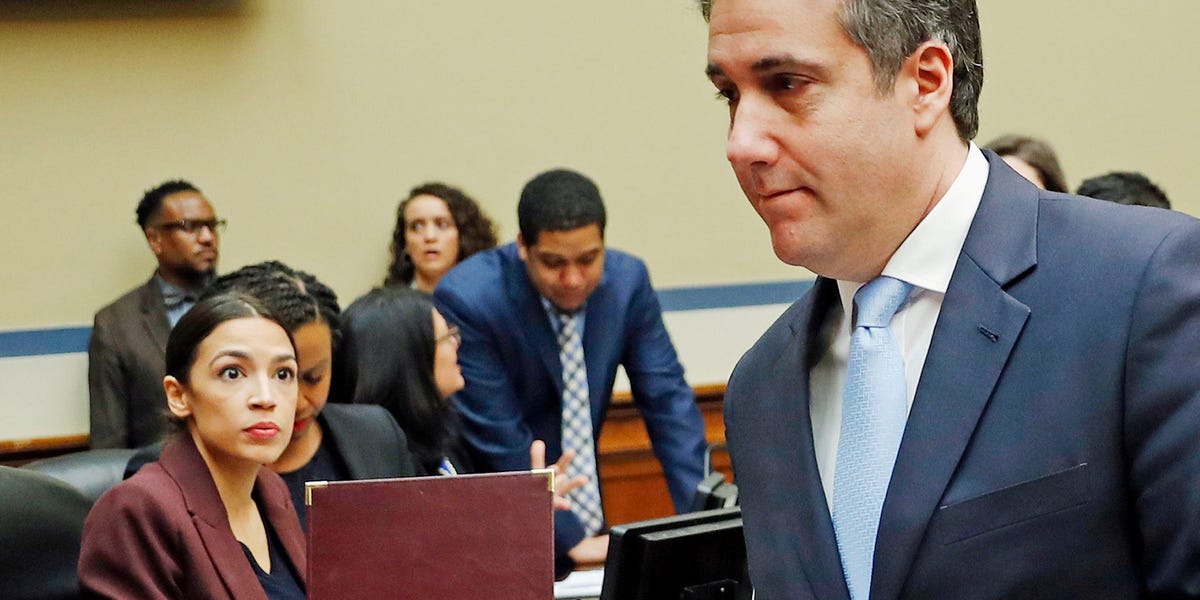 The request comes on the heels of James filing a sprawling lawsuit against Trump, his three eldest children, and the Trump Organization, accusing the former president of inflating his net worth and claiming that his business artificially inflated or deflated asset values for tax purposes.

The announcement is the culmination of James’ three-year probe into Trump and his New York business empire. But the story of Trump’s most recent legal malady begins at a February 2019 congressional hearing — where a then-freshman lawmaker went toe-to-toe with a convicted criminal.

Just one month into her newfound role as a congresswoman, Ocasio-Cortez stole the show at a House Oversight and Reform Committee hearing where Michael Cohen, Trump’s former lawyer and fixer, testified publicly against his one-time boss.

Ocasio-Cortez, who sent shockwaves through Washington, DC, the year prior after she unseated a longtime lawmaker in New York’s Democratic primary, earned praise for her questions and follow-ups which prompted Cohen to make some enlightening revelations.

The New York congresswoman probed Cohen about whether Trump had ever provided inflated assets to an insurance company.

Cohen, who was sentenced in 2018 to three years in prison after pleading guilty to charges in two separate investigations, confirmed that the then-president had offered up fraudulent asset information. Cohen also said several Trump Organization executives, including Allen Weisselberg, Ron Lieberman, and Matthew Calamari, were aware of such practices.

“And where would the committee find more information on this?” Ocasio-Cortez asked. “Do you think we need to review his financial statements and his tax returns in order to compare them?”

“Yes, and you’d find it at the Trump Org,” Cohen replied.

The New York attorney general this week credited the 2019 exchange with prompting the probe.

“I will remind everyone that this investigation only started after Michael Cohen, the former lawyer, his former lawyer, testified before Congress and shed light on this misconduct,” James said.

Trump responded to the New York AG’s suit in a statement on Truth Social, accusing James of being a “failed AG” with a “lack of talent.” A lawyer for Trump also released a statement, saying James’ office is focused neither on “the facts nor the law” and is instead interested in advancing her “political agenda.”

State prosecutors in the case are aiming to permanently ban the Trump family from doing business in New York after James said Wednesday that her office believes there is enough evidence in the civil suit to show that Trump and his organization violated federal criminal law.

It’s the most recent legal trouble for Trump, who faces a slew of increasing legal troubles, including an FBI probe into how he handled classified materials.