Thus, the door was opened. The bears are still in control until proven otherwise. But what can that “otherwise” be? 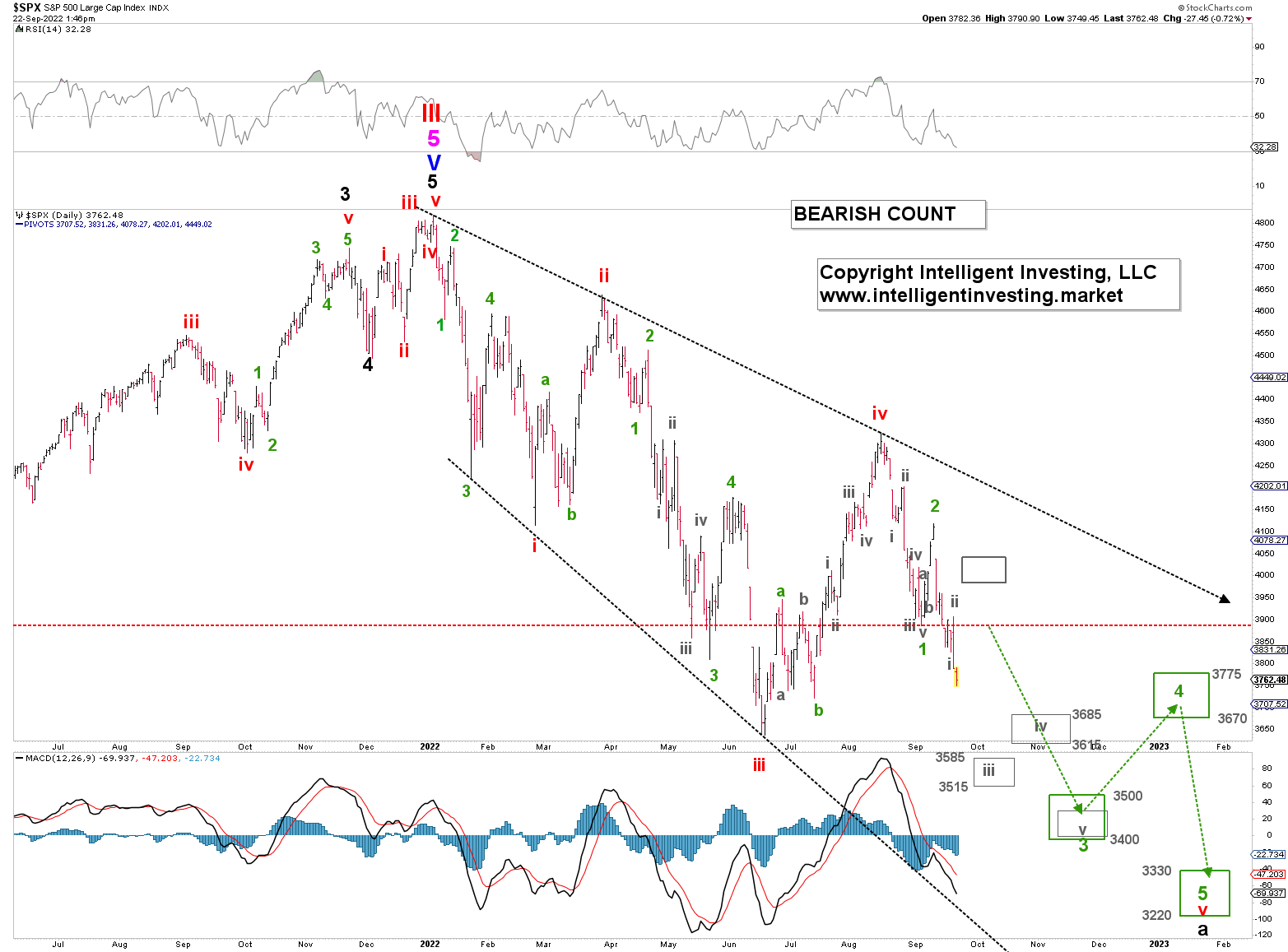 Although the preferred view remains that of an impulse lower, with the ideal third-, fourth- and fifth-wave target zones shown in Figure 1 above, the bears do not want to see the index move back above SPX 3900 (horizontal dashed red line) as that would start to suggest only three waves lower. See Figure 2 below. 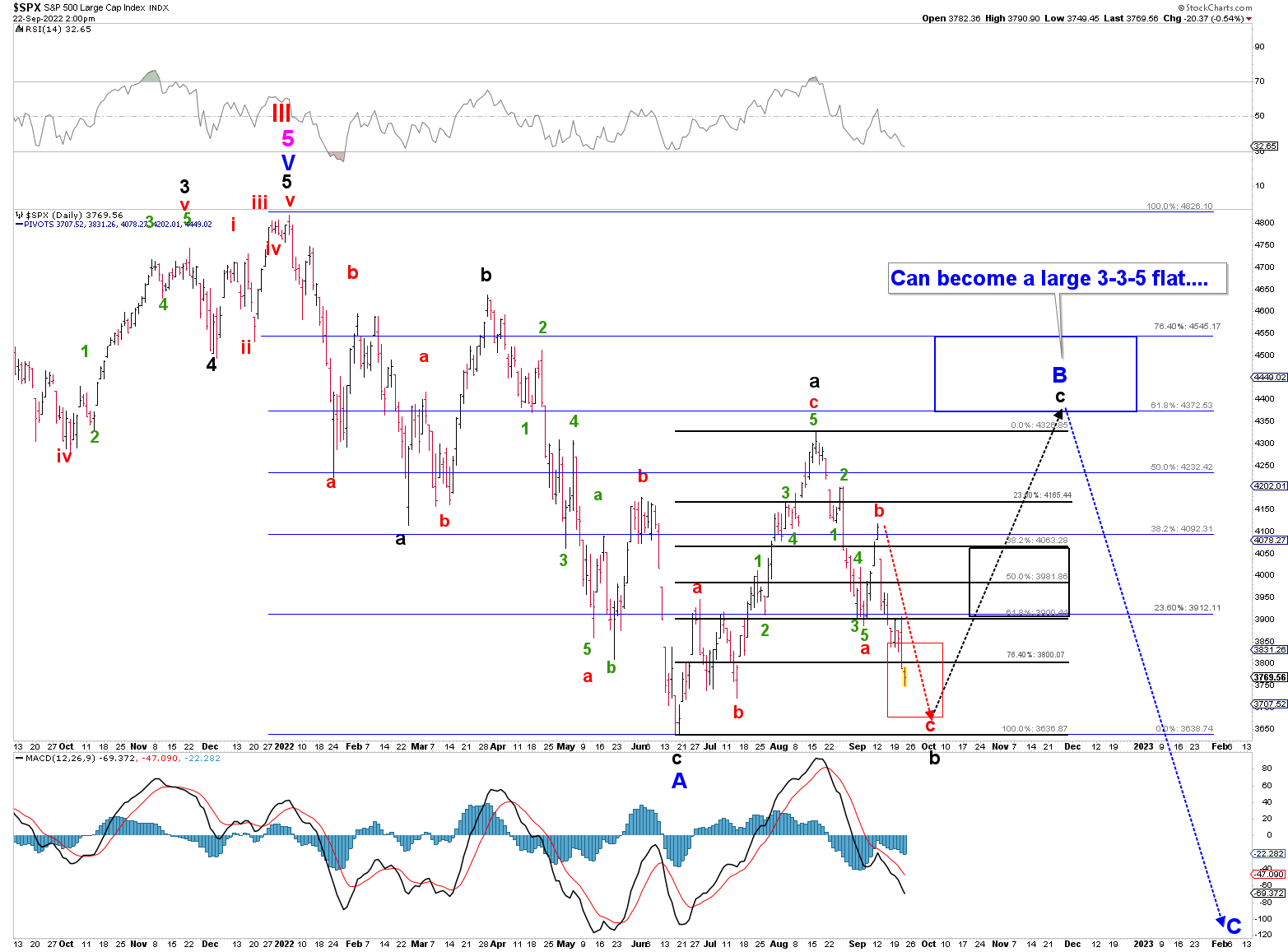 In that case, the index is most likely working on a large 3-3-5 corrective pattern, black W-a, -b and-c, called a flat (Blue W-B). What would argue for a counter-trend rally?

Ultimately, the bulls will have to push the index back above the red W-b high made in mid-September to confirm this path, but it pays to be aware of it.

Even this more complex pattern can still allow for SPX 3680+/-20, where W-c = w-a (red dotted arrow) before the black dotted arrow kicks in. Thus, short-term pressure remains to the downside regardless of an impulse lower to ~SPX 3300 (Figure 1) or if we’re dealing with this larger flat. However, the market can have a few tricks up its sleeve. I am simply conveying these options. Don’t kill the messenger. Being forewarned is forearmed.

Is Halliburton Stock Is A Long-Term Buy?

Woman Sues Hertz After Being Accused of Stealing a Rental…