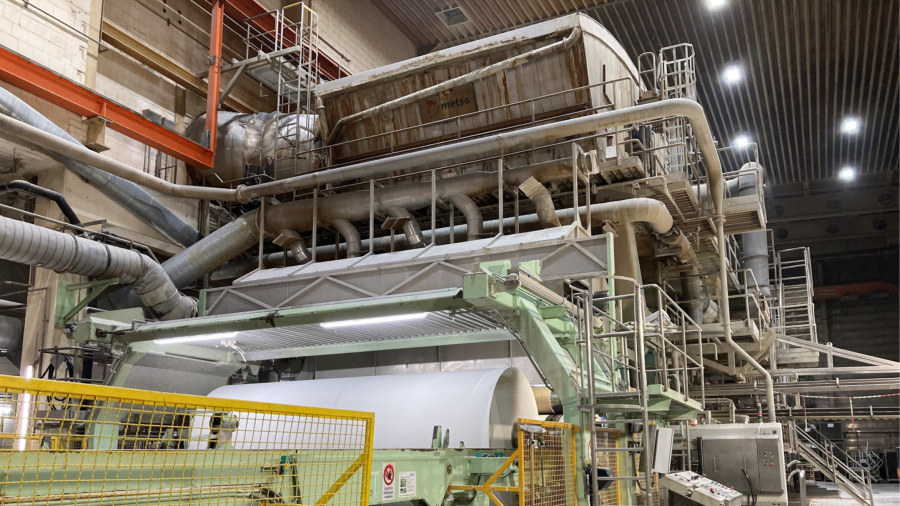 
Making a single 2-metre-wide “mother roll” of toilet paper at Germany’s Essity plant in Mainz-Kostheim, where the Main river meets the Rhine, uses 700 kilowatt-hours of natural gas — enough to heat a family home for several weeks during the winter.

With energy costs surging and fears of power shortages mounting, Essity has had to raise prices and switch to other sources of fuel.

Germany’s energy crisis has placed producers of toilet paper under intense pressure. Some have already gone under or cut production, and economists fear the broader impact on industry and growth.

“From what we hear, this crisis is likely to be more severe for manufacturing industries than Covid was,” said Carsten Rolle, head of energy and climate policy at the BDI business association.

The war in Ukraine has led Russia to close Nord Stream 1, a pipeline that runs under the Baltic Sea to the country and is one of the main sources of Europe’s gas. Since the invasion began, prices have soared, sending eurozone inflation to a record high. Fears of rationing abound, particularly if this winter is a cold one.

“The lifeline of industry is energy, and if energy costs are not sustainable, companies and people cannot afford it anymore,” said Henrik Follmann, chief executive of Follmann Chemie, his family’s chemicals company that supplies paper manufacturers.

“At [the current] price level, it will mean an automatic deindustrialisation for Germany,” he said, adding that his company’s main factory in Minden had already stopped manufacturing at weekends, after doing so for 40 years, because it was no longer economically viable.

A survey conducted by the German Chambers of Industry and Commerce, the DIHK, in July found that 16 per cent of the 3,500 companies polled were scaling back production or pausing operations.

Reinhold von Eben-Worlée, president of Die Familienunternehmer, an association representing German family businesses, said: “It is hitting companies of all sizes from the smallest bakery on the street corner to the biggest companies like BASF.”

The impact of the energy crisis on industry has added to fears that what was once the eurozone’s economic powerhouse will soon enter a recession. Economists have slashed their forecasts for Europe’s largest economy; Deutsche Bank now predicts it will shrink 3.5 per cent next year.

Earlier this month, chancellor Olaf Scholz announced a €65bn relief package funded by a windfall tax on electricity producers to help soften the blow. The package includes one-off payments to help households with energy bills, as well as an extension of the €5bn aid package for energy-intensive companies, first introduced in July. In August, Scholz also announced a cut in value added tax on gas sales from 19 per cent to 7 per cent.

But those in the paper industry say even with the support, plants will struggle.

One of Germany’s best-known toilet paper brands, the Düsseldorf-based Hakle, has already filed for insolvency, blaming soaring energy prices, high pulp prices, transport costs and the strength of the dollar.

By the time Hakle had negotiated a new price with its retail partners to absorb its higher overheads, prices had risen again. “It pressed us too much and we were losing too much money,” said Volker Jung, managing director of Hakle. “I don’t think the wave of insolvencies can be stopped unless we have an [energy price] cap.”

Energy costs have risen to the extent that Essity believed it had no alternative but to raise the cost of products such as Lotus toilet roll, Libero nappies and Bodyform sanitary towels by as much as 18 per cent.

Essity had already secured cheaper prices for 70 per cent of its natural gas and electricity, its chief executive Magnus Groth said. Essity is also rethinking its reliance on natural gas and has received permits to adapt its plants to alternative fuels.

In Mainz-Kostheim, pulp is squeezed and rolled before being placed in a giant, natural gas-guzzling heating cylinder and then stretched. By early next year, the cylinder, known as the Yankee dryer — supposedly after a Dutchman called Yonke who helped design it — could run with liquefied natural gas, which can be imported from the US and Qatar. An unloading station and new pipes that can accommodate LNG as well as hydrogen, which has a volume three times larger than natural gas, have already been laid and will feed both the paper machine and the site’s power plant. The hydrogen for the factory will be sourced from a plant in Mainz, powered by wind turbines.

Even with the shift to alternative energy sources, the industry remains concerned that rationing could force companies to pick which production lines are system critical. Gregor Geiger, spokesperson for Die Papierindustrie, said: “It might not be necessary to produce chocolate cookie packaging, but it will be necessary to produce toilet paper.”

In Latin America, founders and investors seek to balance caution and optimism • TechCrunch