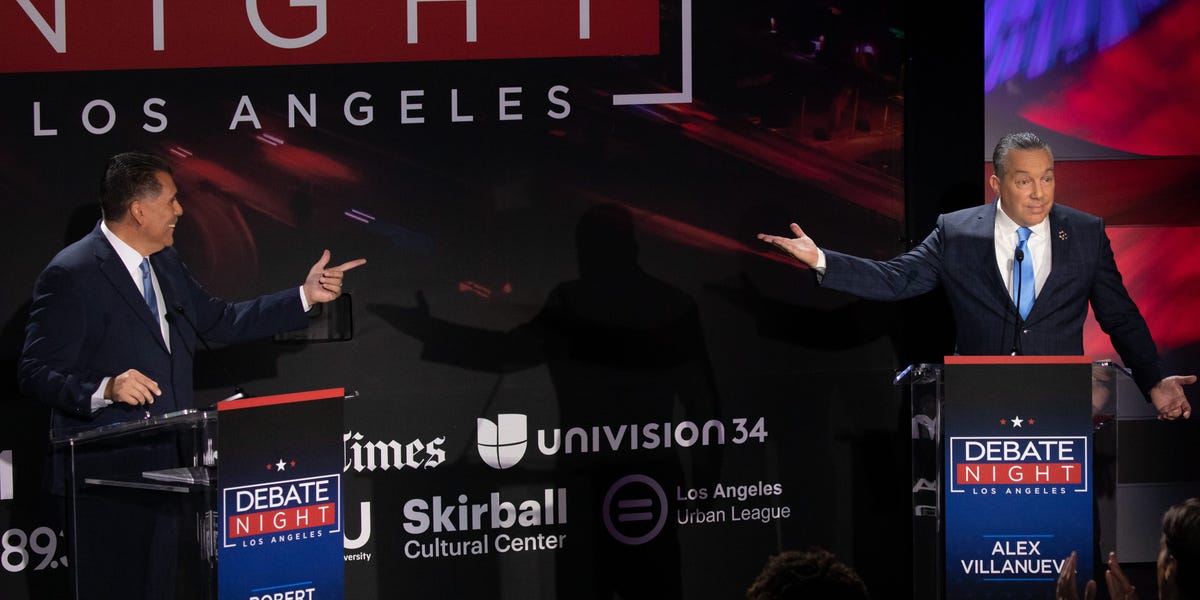 
Los Angeles County Sheriff Alex Villanueva dodged the allegations of law enforcement gangs in the department at a debate on Wednesday night at the Skirball Cultural Center.

“‘Deputy gangs’ has become a political buzzword and it’s just like unicorns,” Villanueva said Wednesday night. “Everybody knows what a unicorn looks like, but I challenge you, name one. Name a single deputy gang member and I have yet to hear that.”

Villanueva has previously been accused of enabling so-called deputy gangs, or unauthorized groups within the department, some of which are facing allegations of mistreatment.

Following reports and lawsuits, he has repeatedly denied their existence and has attempted to interfere with an investigation into them, according to a lawsuit filed by LASD sergeant claiming that Villanueva tried to stave off testimony from a witness.

Luna, who has since been endorsed by seven of his former primary challengers, argued that Villanueva’s remarks prove his resistance to cracking down on deputy gangs.

He then went on to refer to two sub-groups within the department: The Grim Reapers and the Banditos.

Luna brought up Villanueva’s former chief of staff Larry Del Mese, now retired, who confirmed his involvement with The Grim Reapers in July during a public hearing for the Sheriff Civilian Oversight Commission’s investigation into the groups.

Luna also pointed to allegations made by retired LASD Captain Matthew Burson claiming Villanueva asked investigators not to look into the Banditos group.

Villanueva snapped back by saying: “Well, for one thing, he’s going to have to explain what the North Town Rangers are. Ring a bell, Mr. Luna?”

Villanueva said that the LASD has “taken all the action” it could legally without “violating the rights” of the department employees. He then doubled down on his original request asking people concerned about the deputy gang issue to “Name a single one.”

The hourlong heated debate concluded with a series of lighthearted questions that uncovered a couple of commonalities between the rivals: their love for “The Big Bang Theory” sitcom and the Los Angeles Dodgers baseball team.

“The debate showed a contrast with the current Sheriff, who has brought chaos, dysfunction, and scandal to the department, which has put our public safety at risk and eroded public trust. That’s why 70% of voters in the primary voted to remove him as Sheriff,” Luna’s campaign told Insider in an email.