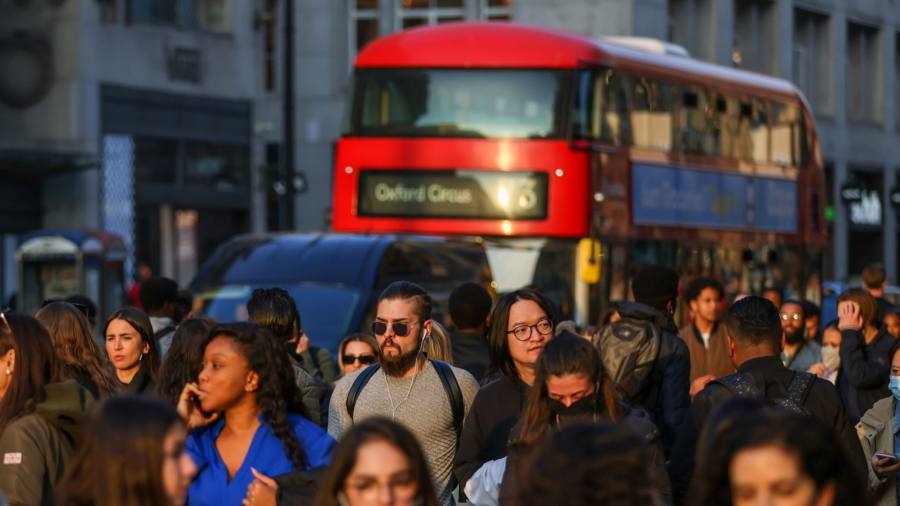 
The majority of Britons are pro increasing taxes and welfare spending, while nearly half support the redistribution of income to benefit the less well off, an annual public attitudes survey has shown.

Some 52 per cent of respondents said the government should increase taxes and spend more on health, education and social benefits, according to research by the National Centre for Social Research released on Thursday,

The level was up 2 percentage points from the previous year and 36 per cent from a decade ago, reflecting a shift in public concern around social inequalities as the country confronts a cost of living crisis.

Gillian Prior, deputy chief executive at NatCen, a research institute, said: “Our annual survey suggests the public faces the ‘cost of living crisis’ with as much appetite for increased government spending as it had during the pandemic.”

“Recognition of inequalities in Britain is at a level not seen since the 1990s, with people more willing than they were a decade ago for government to redistribute income from the better off to the less well off,” he added.

The findings come ahead of the mini Budget to be released on Friday, in which new prime minister Liz Truss is expected to announce a package of tax cuts for the wealthy and profitable companies.

The measures are likely to include a cut to national insurance and the reversal of a planned corporation tax increase, intended to stimulate growth to help the country manage rising inflation and energy bills.

This week, Truss froze the household energy cap at £2,500 per year for the next two years to shield consumers from rising energy costs. She also vowed to focus on “growing the size of the pie,” rather than redistributing income to rebuild the economy.

The survey was based on more than 6,200 responses collected between 16 September and 31 October across Great Britain.

The survey found that 49 per cent of people think the government should redistribute income from the better-off to those with less means — up 10 percentage points from 2019 and the highest level since 1994.

Support for more intervention reflects a shift in national views on welfare. More than two-thirds believe ordinary working people do not get their fair share of the nation’s wealth — the largest proportion since 1991 and up ten percentage points since 2019.

The annual public attitudes survey took views on a range of topics. Most people favoured introducing “proportional representation” — the voting system whereby candidates win seats based on a proportion of votes cast — than keeping the current “first past the post”.

Public satisfaction with the health service fell to its lowest level in 25 years, as a quarter of people reported not getting the medical treatment they needed in the past year.

The report also found that support in Scotland for Scottish independence and in Northern Ireland for Irish reunification has increased in recent years.