It seems no one is willing to bet on 3M Company (NYSE:) these days. Shares of the St. Paul, Minnesota-based company have fallen more than 20% in the past month in one of the worst sell-offs among industrial giants this year.

The negative market sentiment reflects the monumental legal challenges the company has faced ever since settling an $850 million lawsuit in 2018 for damaging the drinking water and natural resources in its hometown, Twin Cities Metropolitan Area, with chemicals.

Investors did not know by then that that was only the start of the company’s troubles. In what has been called the biggest multi-district litigation (MDL) in U.S. history, 3M is being charged with damaging the hearing of more than 230,000 former U.S.-military personnel by providing them with allegedly ineffective combat earplugs.

3M also faces nationwide lawsuits regarding alleged contamination from perfluoroalkyl and polyfluoroalkyl substances–or PFAS. The substances are known as forever chemicals because they’re slow to break down. They accumulate in the water, soil, and blood, leading to severe health and environmental effects.

In July this year, the company also settled a €571 million agreement in Belgium for PFAS-related remedial actions.

Last week, the federal judge presiding over the U.S. PFAS litigation case ruled that the company is not immune from liability for alleged damages for the toxic substances as a government contractor. That question is for the jury to decide, Judge Richard M. Gergel said in a ruling, denying the manufacturer’s motion for summary judgment on the issue.

Before this ruling, 3M failed to persuade another judge that it could use U.S. bankruptcy laws to shield itself from a mountain of personal injury lawsuits filed over the earplug lawsuit.

Bankruptcy by its subsidiary Aearo Technologies LLC, the earplugs’ manufacturer, would have capped the total liability at about $1 billion. But after this ruling, 3M remains exposed to further jury verdicts in the earplug cases, which have yielded $265 million in damage awards against 3M in the small number that have gone to trial, according to a report in the Wall Street Journal.

For investors, these legal challenges mean very little visibility on the extent of costs stemming from these lawsuits, which could take years to reach any conclusion. Net income in the that ended on June 30 dropped to $78 million from $1.5 billion a year earlier after the company took a $1.2 billion pretax charge to resolve litigation related to earplugs.

According to a note by Morgan Stanley, the market appears to be understating the combined liabilities from Combat Arms and PFAS by about $15 billion.

These legal headwinds and the company’s complex structure contributed to 3M shares’ consistent underperformance over the past five years, when its stock plunged 45%. In an Investing.com poll of 22 analysts, the St. Paul, Minnesota-based 3M has only two buy recommendations. 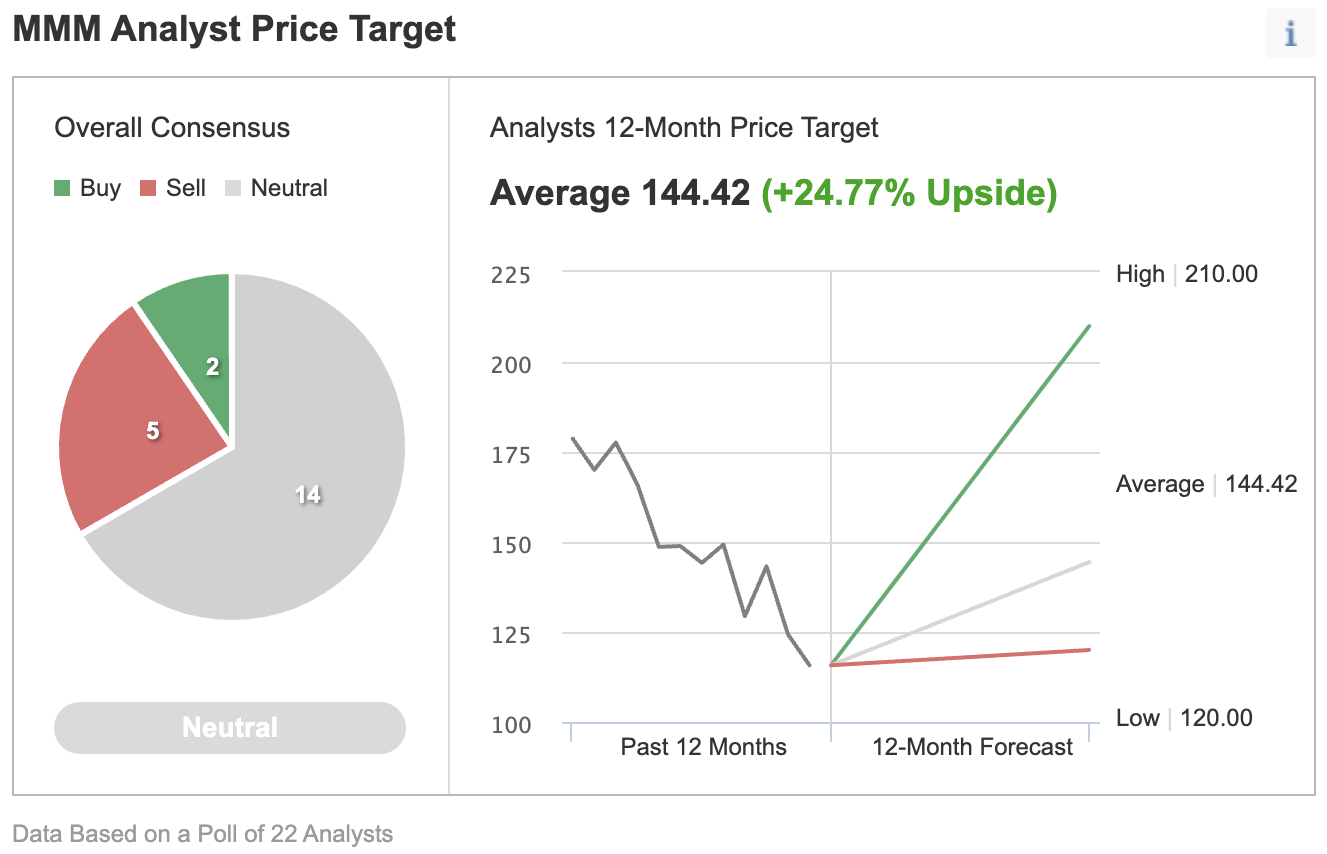 During that time, Honeywell International (NASDAQ:), a close rival, has seen its stock surge more than 30%, with the producing similar gains.

The company, however, is trying to correct its course by pursuing a swift restructuring. It plans to spin off its multi-billion-dollar healthcare operations. The drastic move, announced in July, will reshape the company and is expected to provide a one-time dividend of $7 billion to $8 billion.

That amount could be used to pay off debt or buy back shares, but taking that shareholder-friendly course is becoming difficult after legal setbacks, which may require the company to maintain a larger reserve fund to meet future legal settlements.

Another risk 3M investors face is the company’s $5.96 a share annual dividend. The soaring yield on 3M stock, now more than 5%, indicates the company may be forced to cut its payout bill, which amounts to around $4 billion a year if legal liabilities snowball and the company needs to raise cash. 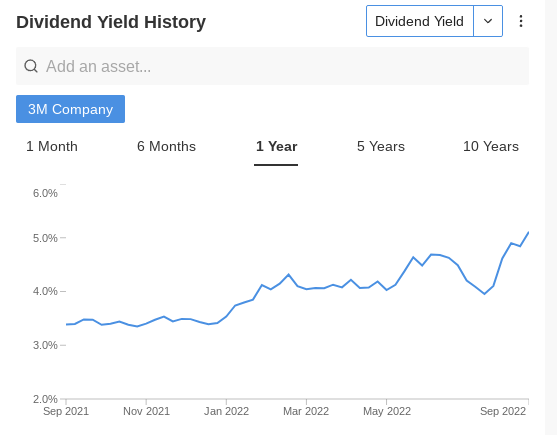 The recent sell-off in MMM stock indicates that this industrial giant is in deep trouble, which is far from over. Though its restructuring move is encouraging and could leave the parent company with lots of cash, it’s not the right time to bet on this name, especially when its legal battles are intensifying and the economy is taking a bad turn.