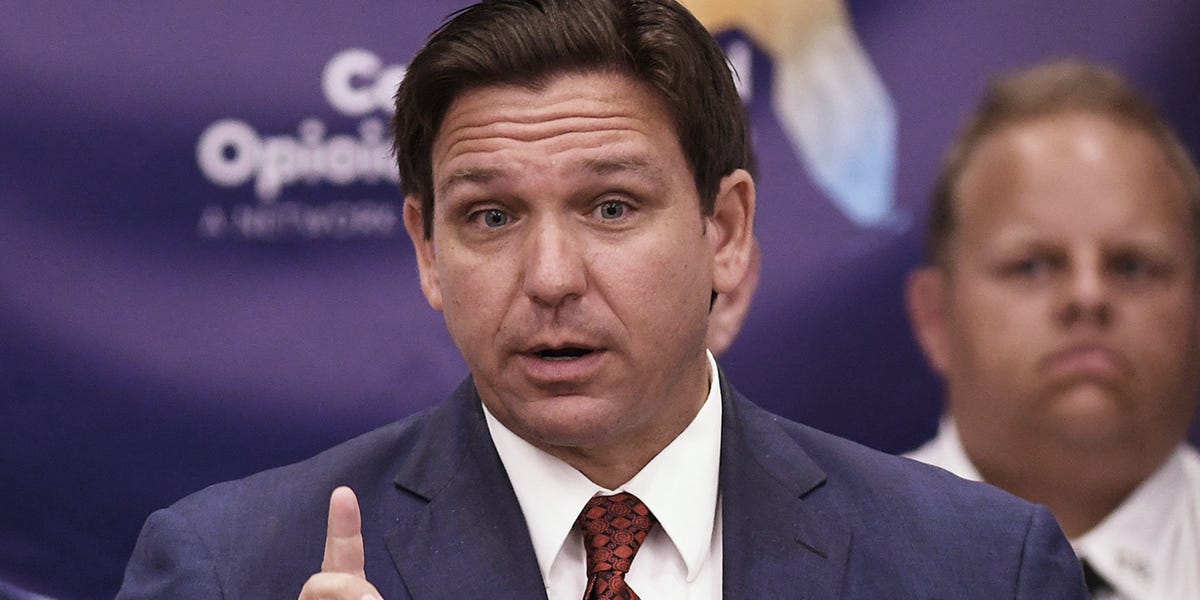 In an interview on Fox News Monday, DeSantis explained to host Sean Hannity why he sent two chartered flights with mostly Venezuelan migrants from Texas to Martha’s Vineyard, Massachusetts.

The island is well-known as a vacation destination for wealthy liberals, and DeSantis said via spokespeople he was seeking to force the burdern of migration on liberal communities far from the border.

DeSantis pushed back at claims the migrants were persuaded to board the planes on the basis of misleading information, and said all had done so voluntarily.

“Not only that, they all signed consent forms to go. And then the vendor that is doing this for Florida provided them with a packet that had a map of Martha’s Vineyard,” said DeSantis.

“It had the numbers for different services on Martha’s Vineyard. And then it had numbers for the overall agencies in Massachusetts that handle things involving immigration and refugees. So it was clearly voluntary.”

NPR reported last week that some migrants were told they were being flown to Boston, not Martha’s Vineyard.

The website Popular Information obtained the brochures given to the migrants, and found that they described a range of benefits it claimed the migrants were entitled to in Massachusetts.

But Matt Cameron, a Boston-based immigration attorney, told the outlet the information was false or misleading.

He said it described resettlement benefits available to refugees who have been referred by the United Nations High Commissioner for Refugees and who are authorized to live in the United States. These benefits are not available to the migrants who arrived at Martha’s Vineyard, he said.

If the migrants were persuaded to travel to Martha’s Vineyard on the basis of false information, the stunt may have violated federal kidnapping and trafficking laws. Sheriff Javier Salazar Bexar County, Texas, on Monday said that his office had launched a criminal investigation into the transportation of the migrants, and said that they appeared to have been “lured under false pretenses.”

Lawyers for Civil Rights, a nonprofit legal aid group representing 30 of the migrants, also told NBC News it had concerns over the legality of the stunt given the misleading nature of the information in the leaflets.

“This is additional evidence that shows in writing that those false representations were made in order to induce our clients to travel,” said its litigation director, Oren Sellstrom.