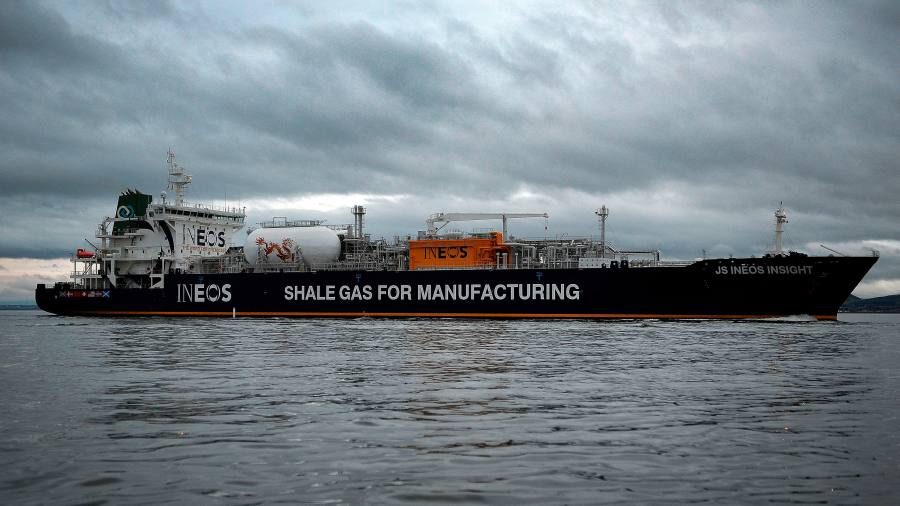 Why US shale won’t come to Europe’s rescue

Oil prices were up a bit yesterday, with Brent settling 1 per cent higher at $94.10 a barrel.

Reading the International Energy Agency’s monthly oil market report yesterday, I was struck by the language regarding Chinese demand amid the latest lockdowns. Growth is slowing sharply and may evaporate entirely in the fourth quarter, the IEA predicted.

When the world’s biggest oil importer is losing its appetite for the stuff, that’s seriously bearish. So are other factors. The IEA talks of the continuing deterioration of the “macro-economic climate”, “runaway inflation weighing on consumer and business sentiment”, “general malaise” and plunging PMI numbers. Global GDP growth in 2023 is expected at just 2.6 per cent — a full percentage point below the forecast from earlier this year.

And yet oil prices remain above $90. Why? Total global demand is still rising — and steeply, if you contrast it with the kind of increases typical in the pre-coronavirus pandemic years.

And the supply side anxieties are mounting once again. Russia’s oil could be about to plunge. Opec+ may be near maximum output and has already pivoted to a mindset of cutting supply, not raising it.

A slowdown in the US rig count (and, more startling, productivity per well) suggests shale won’t fill any supply gaps. There’s still plenty of oil in Texas, of course. But the days when the US could meet the world’s extra oil demand each year are over. That’s the topic of our first note, based on extensive conversations with some of the big investors in the American oil sector.

Our second is a timely Op-Ed from Morgan Bazilian and Simon Lomax at the Colorado School of Mines, who argue that if the US wants to see the huge American clean energy boom envisaged in the Inflation Reduction Act actually happen, Congress needs to pass the permitting reform it is starting to debate.

In Data Drill, Amanda looks at the possible effect on energy and agricultural supply chains of possible rail strikes in the US.

Why can’t the US shale patch come to Europe’s aid?

Our story on shale executives warning that the US will not ratchet up oil and gas supply in order to ride to Europe’s rescue this winter leads today’s newspaper. You can read it here.

Their warning is a big deal for Europe as the continent faces an increasingly dire energy crisis in the months ahead. But why are shale bosses so adamant they cannot open the taps? Here’s what they said:

We are still experiencing severe inflation. So companies have to make a decision as inflation increases for our capital cost, service costs. Do we keep overspending or do we cut back? I think you’re seeing people say let’s go ahead and sacrifice some growth. We don’t have to grow at all costs.

The new US shale model is working. Everybody’s returning capital and dividends and share buybacks back to the shareholders and they’re continuing.

. . . and the infrastructure is not there:

Europe does not have the [LNG] ports, the re-gas capacity, the pipeline infrastructure — even if you were to get some cargoes over there, I’m not sure what you do with them. They’re beyond screwed.

Investors are not throwing capital at the space. So aside from rig availability . . . aside from labour availability — which is a real issue — and aside from the fact that investors generally don’t want shale companies to pursue a growth model, the capital availability is extremely limited.

Chief executive of Greenlake Energy Ventures Matt Gallagher chalks it up to a lack of government engagement . . .

There’s been no strategic planning [from the government] . . . . No one’s reached out and said: ‘How can we do this?’ We’ve reached out to our government, and we get mixed messages on the way back — industry-wide.

. . . and the strategic petroleum reserve release interfered in markets, he said.

[A]s soon as you get that signal to start taking that risk, yeah, there’s a million barrel a day SPR released, you know, that undercuts — It undercuts the long lead planning.

All told, there is still plenty of oil and gas left in America. But there are plenty of obstacles in the way of getting it out the ground and across the Atlantic as quickly as Europeans would like.

Opinion: Without permits to build things, there will be no clean energy boom

US lawmakers gathered on the White House South Lawn this week to celebrate the passage of President Joe Biden’s landmark climate and clean energy bill.

“The future of America is bright,” the president declared. But there is more still to do.

American green groups have lauded the legislation, which was signed into law last month and provides $369bn in federal climate and clean energy incentives. As they should: it’s their biggest victory in Congress since the early 1970s.

But now comes the really hard part: turning hundreds of billions of dollars of incentives into real projects.

To actually build new energy sources and infrastructure, developers need construction permits from multiple levels of government. There is a real danger that permitting bottlenecks and other legal obstacles could stall the energy transition.

Those hurdles are even higher for projects that haven’t locked down their so-called social license to operate — a critical mass of public support that keeps any opposition, from environmental activists to “not in my backyard” groups and private landowners, within manageable levels.

In Maine, for example, a 1.2 gigawatt clean energy transmission line from neighbouring Canada — that would provide the same amount of energy as building a large-scale nuclear power plant — has run into trouble after being blocked by a statewide ballot measure last November. Last month, Maine’s Supreme Court ruled that the ballot blocking the project was unconstitutional. Even if it now proceeds, it will have been needlessly delayed — and opponents may find other ways to slow down construction.

The clean energy package also aims to spur new domestic mines for materials needed to power electric vehicles — but getting permits for those mining projects will require urgent reforms to the review and approval process at the local, state and federal level. Currently, it can take as much as seven years to build a new mine and refining plant, according to industry analysts.

The pace of the current system is a huge problem, because domestic supplies of the lithium, nickel, cobalt and other metals used in vehicle batteries are limited.

According to the International Energy Agency, the world needs the equivalent of 30-50 new lithium mines, 41-60 new nickel mines and 11-17 new cobalt mines by 2030 to meet projected global EV demand.

Federal lawmakers are engaging in legislative dealmaking to speed up the permitting process where they can. This may be a step in the right direction, but it’s far from a comprehensive solution.

The deal made in private between Senators Chuck Schumer and Joe Manchin on permitting legislation has been bashed by some, but that type of negotiation, and finding some imperfect solutions to improving permitting, is going to be necessary.

Clean energy that exists only on paper doesn’t do anyone any good. To be real, it must be permitted, and then built. This requires tough detailed work that does not often make the spotlight. You can’t just legislate and walk away.

Morgan Bazilian is the director of the Payne Institute at the Colorado School of Mines. Simon Lomax is the institute’s editor-at-large

A looming rail strike threatens to destabilise US energy prices. If negotiations aren’t struck by all 12 unions by tomorrow’s deadline, America could see a nationwide rail strike for the first time in three decades.

Analysts and trade groups warn that a rail strike would cripple supply chains for agricultural and energy products. Fears of a strike have had the largest effect so far on ethanol spot prices, which jumped 9 per cent since last week as traders retreated from the market, said S&P Global Commodity Insights.

“There is no easy substitute for rail, and the US government will have to make decisions about blend targets if ethanol movement to demand centres are constrained due to a strike,” said Debnil Chowdhury, vice-president of refining and marketing at S&P Global Commodity Insights. The rail strike threatens to reverse the weeks-long fall in petrol prices, 10 per cent of which is derived from ethanol.

The strike would also disrupt coal deliveries, the majority of which is moved by rail, increasing coal prices and adding pressure to already limited natural gas inventories, says S&P.

The potential price shocks come at a time when Americans have been hit with rampant inflation, fuelled by soaring energy prices. While gasoline prices have cooled off since June, Tuesday’s consumer price index showed they remain 25 per cent higher year over year. Prices for electricity are up 16 per cent, the largest annual increase in roughly 40 years.