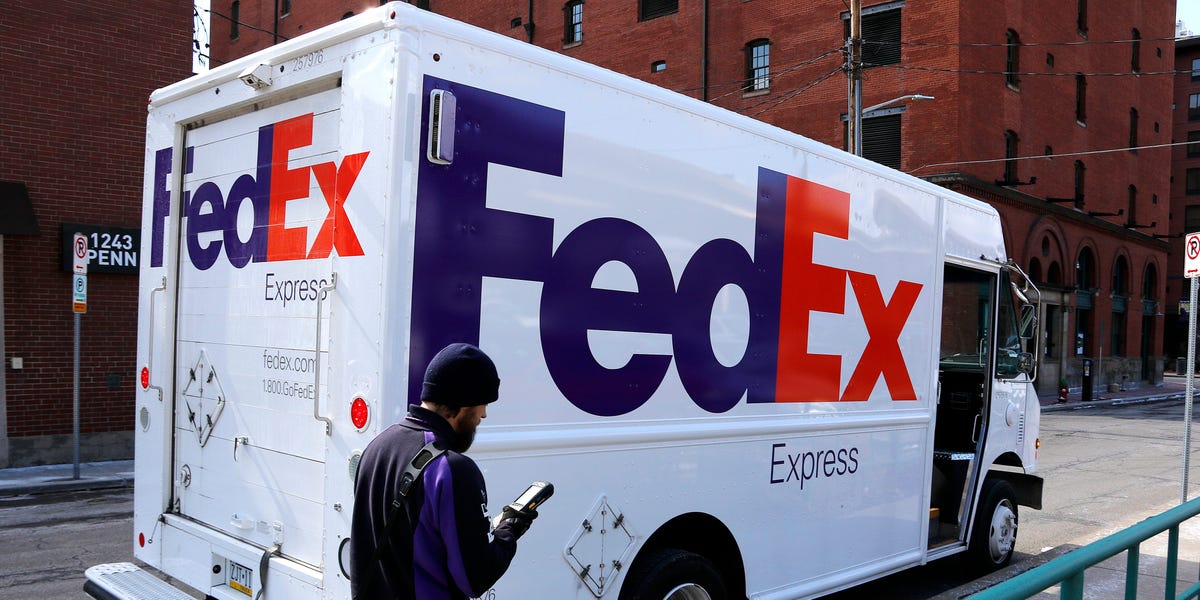 
FedEx shares tumbled over 19% in premarket trading Friday after the company issued a profit warning and scrapped its previous earnings guidance for the year, linking the move to a worsening global economy.

The package delivery giant said delivery volumes fell in recent months, as a slowdown in global economic activity got faster in August. It now expects global demand to fall further in the next quarter, leading it to withdraw the financial outlook for fiscal 2023 that it put out just three months ago.

FedEx reported revenue and profit for the three months to August 31 that missed Wall Street targets, in a financial update Thursday. It called out macroeconomic weakness in Asia and service challenges in Europe as key factors.

It said it plans to close 90 offices, freeze hiring and keep aircraft on the ground as part of an effort to cut costs. It aims to cut spending from $6.8 billion to $6.3 billion over the next year.

“Global volumes declined as macroeconomic trends significantly worsened later in the quarter, both internationally and in the US,” FedEx’s CEO Raj Subramanian said in a statement.

“We are swiftly addressing these headwinds, but given the speed at which conditions shifted, first quarter results are below our expectations,” he added.

FedEx now sees a profit of $3.33 a share for its first quarter, compared with Wall Street’s forecast of $5.14 a share. While revenue rose 5% from a year ago to $23.2 billion, it still falls short of expectations for $23.6 billion.

FedEx is often seen as an economic bellwether because its results reflect demand for the wide range of goods it delivers. Shares have now fallen to their lowest level since August 2020.

Bitcoin Will Save Humanity – Bitcoin Magazine