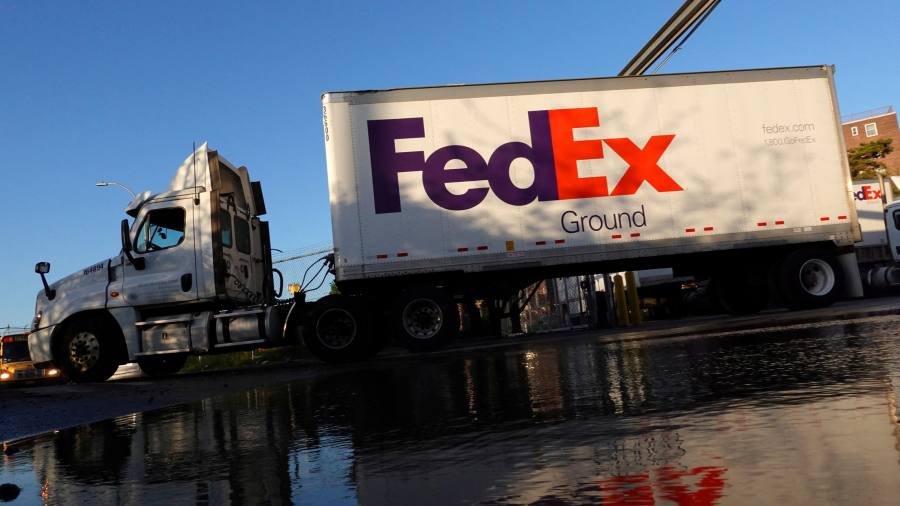 
FedEx said it would close offices, freeze hiring and park aircraft in response to a decline in package shipping volumes that prompted the company to issue a profit warning and scrap its guidance for fiscal 2023.

The update, from a company considered a bellwether of global economic growth because of the wide range of items it ships, was issued after Wall Street’s closing bell on Thursday and knocked shares down more than 15 per cent to their lowest level in more than two years.

FedEx released preliminary results for the three months to August 31 that were weaker than analysts expected, blaming “global volume softness” that “accelerated” in the final weeks of the quarter.

The company, which was officially due to report on September 22, said it expected business conditions to further weaken in the second quarter, prompting it to cut its forecast for capital expenditure and withdraw guidance for the remainder of its fiscal year.

“Global volumes declined as macroeconomic trends significantly worsened later in the quarter, both internationally and in the US,” said chief executive Raj Subramaniam, who took the reins at the company in June from founder Fred Smith. “We are swiftly addressing these headwinds, but given the speed at which conditions shifted, first-quarter results are below our expectations.”

Subramaniam described the performance as “disappointing” and said the company was “aggressively accelerating” efforts to cut costs and enhance productivity.

In an effort to mitigate the effects of reduced demand, FedEx announced it would close more than 90 FedEx Office locations, defer staff hiring, cancel certain projects, reduce flights and temporarily park aircraft, among other actions.

The company said it expects business conditions to further weaken in the current quarter and forecast revenue to be in the range of $23.5bn to $24bn, with earnings of $2.65 “or greater” a share. Wall Street expected revenue of $24.9bn and earnings of $5.39 a share.

FedEx also cut its forecast for capital spending in the fiscal year to $6.3bn from $6.8bn.

Shares were down 15.2 per cent in after-hours trading to their lowest level since early August 2020.

Why I Left My Job For Bitcoin – Bitcoin Magazine