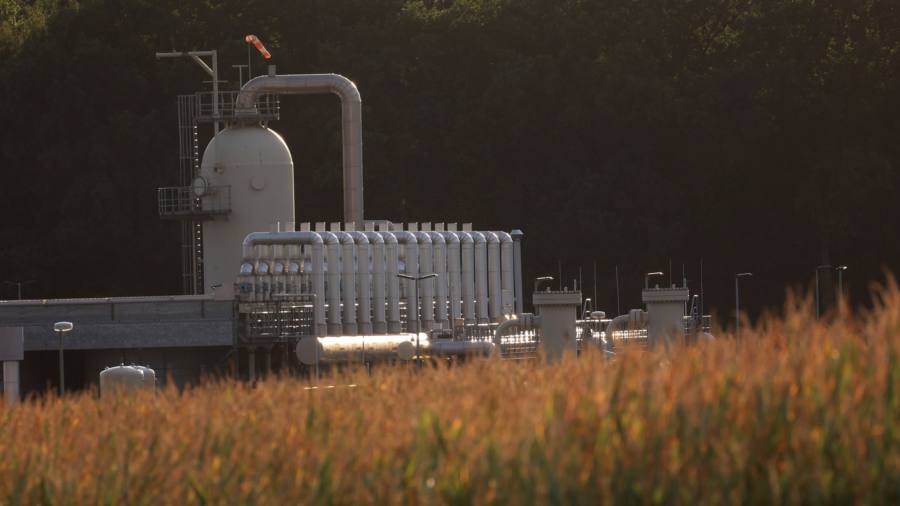 
European natural gas traders know the sector faces a tough winter ahead, but some have started to make a bold prediction: maybe, just maybe, prices have peaked for the year.

The wholesale European gas price hit an intraday high of €343 per megawatt hour on August 26 — the equivalent in oil terms of almost $580 a barrel — but has since fallen to around €242 per megawatt hour.

Prices remain highly elevated by historic standards, at almost 10 times the level they averaged last decade, and more than double the level they traded at in early June, before Russia reduced supplies on the Nord Stream 1 pipeline, its largest conduit of exports to Europe.

But traders say that the recent price action suggests the market may have reached a turning point and prices could start to stabilise in the coming weeks, as they did this spring after initially spiking following Russia’s full-scale invasion of Ukraine.

“We may get a welcome reprieve heading into the winter,” said one analyst at energy trading company in Switzerland who asked not to be named. “It doesn’t mean the situation is resolved, far from it, but even a temporary moment of slightly lower prices is welcome.”

Goldman Sachs this week said it forecasts European prices falling through the winter, potentially getting below €100 euros per megawatt hour by the spring, before rebounding next summer as traders rush to fill storage facilities again.

With Russia having already cut gas supplies to Europe by about 80 per cent, that has arguably blunted the ability of Vladimir Putin to spring more surprises on the market, some traders and analysts said.

Notably when Russia announced the prolonged shutdown of the Nord Stream 1 pipeline to Germany earlier in September, prices initially spiked when markets reopened but then gave up all of those gains within two days.

European gas storage targets, which saw traders scrambling to buy up supplies ahead of the winter, are now well ahead of schedule having reached 84 per cent of capacity. While there remain concerns about whether the continent will have enough supplies this winter, the frenzy of buying has abated slightly.

Analysts also expect technical reasons to have influenced the slide. The EU has discussed potential price caps on imports creating increased uncertainty, while margin requirements for traders have soared, potentially pushing some funds out of the market.

“We think the policy risks that have been holding back traders from taking long positions on the benchmark are overblown,” said analysts at Energy Aspects this week.

The cooling of prices may not last however, as the cost of gas is still so volatile. Over Wednesday and Thursday it jumped by about 25 per cent, illustrating how the market remains finely balanced.

Even though prices have come down by around €100 from the summer high, governments still face hundreds of billions in costs to partially cushion households and businesses from the full extent of the increase.

A very cold winter in the northern hemisphere, be that in Europe, Asia or both, would likely increase competition for seaborne cargoes of liquefied natural gas (LNG) given gas’s key role in heating, which could see prices surge again.

Gas traders will also be closely watching the hurricane season in the US, which traditionally was a bigger concern for oil markets internationally.

The US has become the biggest exporter of LNG to Europe so any damage to export terminals by storms could raise the price dramatically across the Atlantic.

Demand is also a concern. While efforts by governments to insulate households from the full impact of the gas price rise have been broadly welcomed, there are worries this is blunting the incentive for people to conserve energy use at home.

Goldman Sachs predictions for higher prices next year partly hinge on higher than anticipated demand due to government intervention to shield homes and businesses.

Europe will also have to rebuild storage after the winter potentially without any Russian exports at all, unlike the first six months of this year.

The EU plan to cut gas demand by about 15 per cent on average this winter already faces challenges.