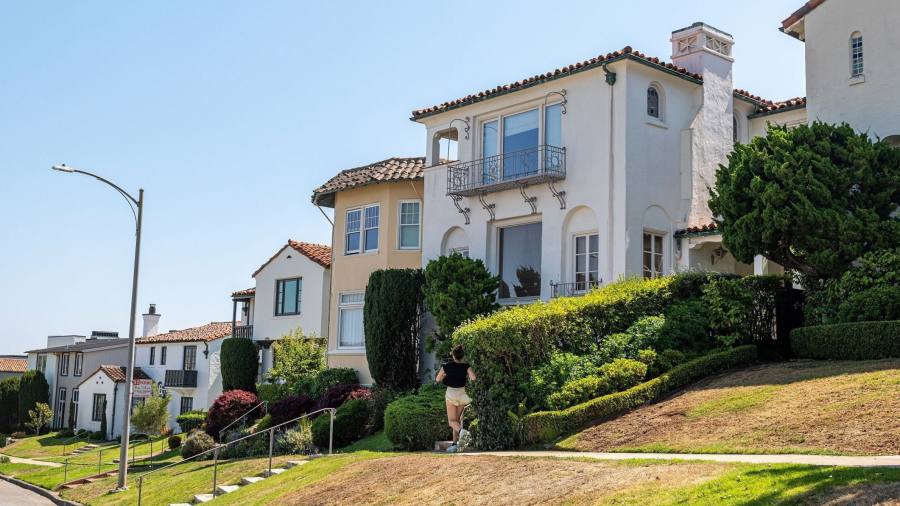 
Average US mortgage rates have topped 6 per cent for the first time since the 2008 financial crisis, showing how the Federal Reserve’s aggressive policy monetary tightening is ratcheting up the cost of financing the purchase of a home.

The average 30-year fixed rate mortgage rose to 6.02 per cent, up from 5.89 per cent a week ago and 2.86 per cent in the same week last year, according to Freddie Mac’s weekly survey. The borrowing benchmark has nearly doubled since January in the steepest and fastest increase in interest rate in over 50 years.

The rapid rises in mortgage rates track with the Fed’s campaign to lift its own benchmark interest rate in a drive to damp down surging US inflation. Futures markets predict the central bank will raise the rate by 0.75 percentage points for the third consecutive time when it meets next week.

The S&P CoreLogic Case-Shiller US national home price index rose 18 per cent in the latest reading in June, down from 19.9 per cent the month before.

“Although the increase in rates will continue to dampen demand and put downward pressure on home prices, inventory remains inadequate,” said Sam Khater, chief economist at Freddie Mac, the government-backed mortgage group. “While home price declines will probably continue, they should not be large.”

Historically high home prices and rate volatility have started to spook potential buyers after more than a year of frenzied buying throughout the pandemic.

“Consumer sentiment has declined at a rapid pace — levels not seen in more than a decade,” said Julie Booth, chief financial officer of Rocket Cos, the largest mortgage originator in the US. “Consequently . . . potential homebuyers are staying on the sidelines.”

Some lenders, including Rocket, have begun offering special incentives to borrowers in attempt to jump-start demand.

In the week ended September 9, new mortgage applications dropped by 1.2 per cent compared with the week before, driven by a decline in refinance applications which have plunged by more than 80 per cent over the past year. Applications for new homes were essentially unchanged compared to the prior week and down by 29 per cent from a year ago.