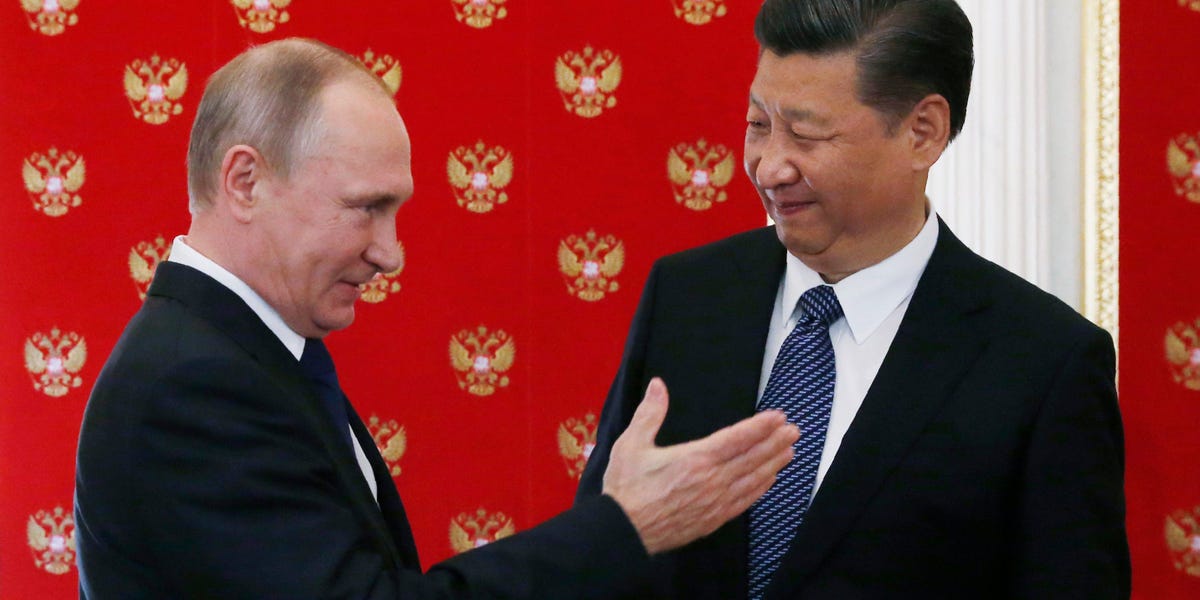 
Some Russian companies are issuing bonds denominated in the Chinese yuan amid sanctions over the war in Ukraine.

State-owned oil giant Rosneft was the latest to offer 15 billion yuan, or $2.1 billion, in a bond offering, Interfax reported on Tuesday. This followed a 4.6 billion yuan issuance from Polyus, Russia’s largest gold producer, in August.

Just weeks earlier in July, Russian aluminum giant Rusal issued 2 billion yuan of bonds. Demand for the bonds was more than double what was offered, the company said on July 29.

“It seems natural to us to choose yuan-denominated bond placement, given the current situation on the financial market,” Alexei Grenkov, the head of Rusal’s corporate finance, said at the time.

Russia’s finance ministry is also considering issuing bonds in the Chinese yuan, Vedomosti business newspaper reported on August 23, citing a source close to the government. The process could take up to two years, the media outlet added.

Russia’s interest in yuan-denominated settlements comes as some Russian banks have been banned from SWIFT, the Belgium-based messaging service that lets banks around the world communicate about cross-border transactions.

Since Russia and China have been trying to establish alternatives to the US dollar hegemony for years, they are also taking this opportunity to boost the use of alternative payments systems at a time when trade between the two is growing. Russian exports to China rose 60% in August from a year ago, while Chinese shipments to Russia grew 27% in the same period, according to Reuters’ calculations based on Chinese customs data.

Earlier this month, Russian state-energy giant Gazprom said it will begin taking rubles and yuan payments, instead of euros, for natural-gas exports to China.

The ties between the two countries could deepen this week, as Russian President Vladimir Putin and Chinese President Xi Jinping are expected to meet at a regional summit in central Asia.

“Yuan instruments are a great alternative to the dollar. We have a positive outlook on the yuan — its liquidity is expected to increase, its international convertibility is expected to improve, and its risks from sanctions will remain limited,” analysts at Russia’s BCS Global Markets, a financial services firm, wrote in a note on August 18.

Inside the fight to stop an oil pipeline in Africa