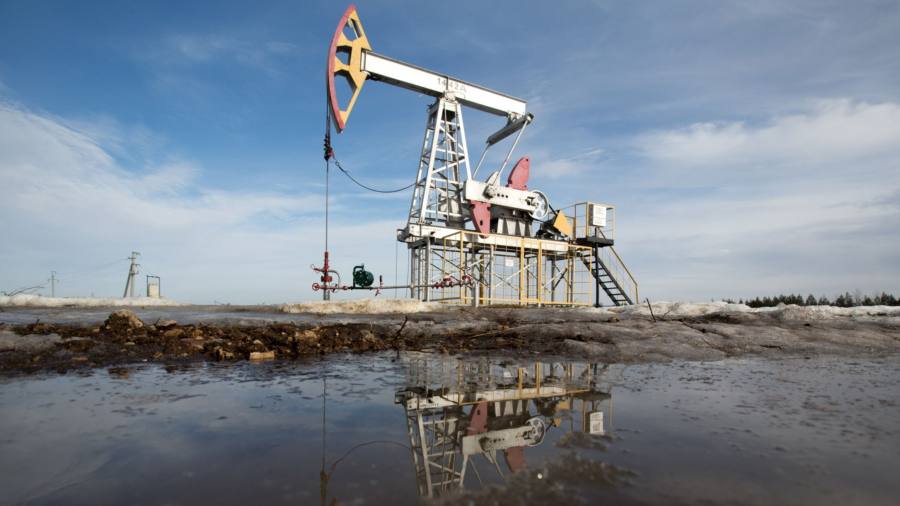 
Russian oil production is forecast to fall by 17 per cent by February compared with prewar production once an EU embargo on Moscow’s exports comes into full force, according to the International Energy Agency.

Although the drop of 1.9mn barrels a day is smaller than the 3mn b/d losses the IEA predicted in March, the forecast points to the impact the EU ban on Russian crude and refined petroleum products could have even if significant volumes are rerouted to other markets.

Russia, which is one of the world’s biggest oil producers, pumped almost 11mn b/d of crude and products in August, only marginally down on its output before it invaded Ukraine in February, the Paris-based IEA said. It expects that to fall to 10.2mn b/d in December and to 9.5mn b/d by February 2023.

Last month, the IEA warned that western sanctions had so far had “limited impact” on Russian oil output since the start of the war.

Despite a 2mn b/d drop in exports to Europe, the US, Japan and Korea since the invasion, the rerouting of flows to India, China and Turkey had “mitigated upstream losses” for the Kremlin, it added on Wednesday. But once the EU embargo comes into full force, the IEA expects a further 1.4mn b/d of crude and 1mn b/d of products will need to find a new home.

The ultimate impact of the EU sanctions will depend on the effect of a price cap proposed by G7 members to limit the price countries outside of the embargo can pay for Russian oil. The G7, led by the US, wants to reduce the revenue Moscow earns from oil sales but avoid pushing up prices further by removing millions of Russian barrels from the market.

The initiative, backed by G7 finance ministers earlier this month, will hinge on an incentive system whereby importers of Russian oil seeking insurance cover and shipping services from companies based in G7 and EU countries would need to observe the price ceiling.

The IEA said some third countries were unlikely to agree to the price cap, which would result in a further rerouting of some Russian oil exports.

IEA’s latest Russian forecast came as the group, which advises OECD members on energy policy, lowered its forecast for 2022 global oil demand by about 110,000 b/d.

“Growth in global oil demand continues to decelerate” due to a slowdown in developed economies and the continued impact of Covid-19 lockdowns in China, it said. However, “large-scale” gas to oil switching for power generation due to record prices for natural gas, meant total demand growth had slowed only “marginally”, the IEA added.

For comparison, the oil producers’ group Opec has forecast demand to grow by 3.1mn b/d in 2022 and 2.7mn b/d in 2023. On Tuesday, the cartel blamed the recent oil sell-off on “erroneous signals” as it pointed to “healthy” expected demand growth into 2023.

Prices for Brent crude, the international oil benchmark, which reached a high of almost $140 a barrel earlier this year, have dropped since the end of July, falling below $90 last week for the first time since February. On Wednesday it was trading at around $93 a barrel.

Seeking Nominations for Top Brands for Micro Influencers to Work With