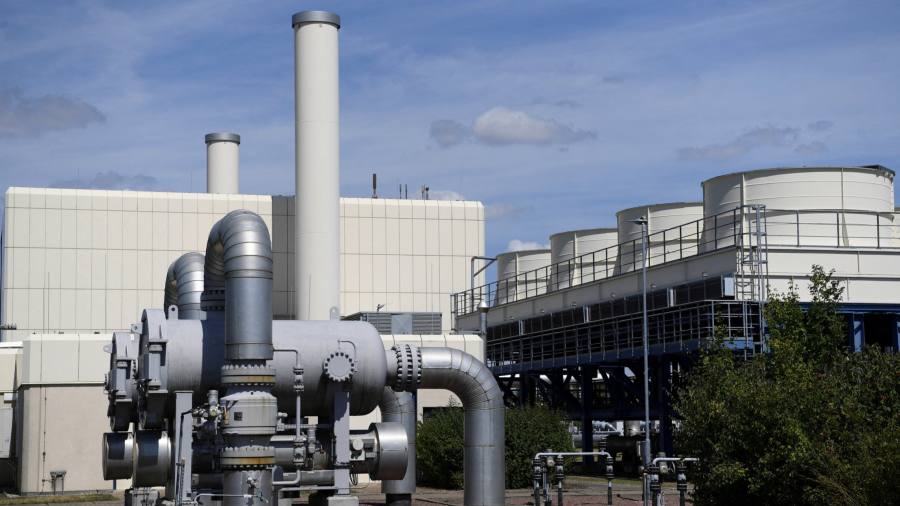 
A second German gas supplier has said it will request a bailout from Berlin after it was forced to absorb heavy losses caused by reduced deliveries from Russia’s Gazprom.

VNG, one of Germany’s biggest importers of natural gas, said on Friday that “quantities affected by Russian supply disruptions, in some cases at agreed fixed prices, now have to be procured at massively higher prices on the gas markets”.

The Leipzig-based company, which is majority owned by utility group EnBW, said these costs could not all be fully passed on to customers and that it had already borne the cost of a 35 terawatt hour contract directly with Gazprom that would end up costing it €1bn this year.

But a larger, 65 TWh contract with an intermediate supplier “has not been consistently fulfilled since mid-May”, the company said, with the cost of substitute supplies largely filled by EnBW via “guarantees and credit lines in the high triple-digit millions of euros”.

EnBW booked a €550mn charge for expected losses at VNG in the first sixth months of the year.

“To avert further damage and to enable the VNG Group’s business operations as a whole to continue, VNG sees itself compelled to apply for further supporting measures,” the company said in a statement.

VNG’s appeal comes weeks after Uniper, Europe’s largest buyer of Russian gas, was rescued by the German government. The Düsseldorf-based supplier initially received a support package worth €15bn, but this has since ballooned to €19bn as the energy crisis has intensified.

Last week, after months of reduced supplies, Gazprom said it would completely halt gas flows through Nord Stream 1 — the pipeline that provides must of western Europe with gas. The company blamed a technical fault and difficulties repairing German-made turbines in Canada. But the Kremlin then said deliveries would not resume unless sanctions against Moscow, implemented in response to the invasion of Ukraine, were lifted.

VNG is Germany’s third-largest gas importer, after Uniper and Gazprom Germania, which Berlin seized control of in April. It supplies gas to roughly 400 municipal utilities and industrial operators and met roughly a fifth of Germany’s gas requirements last year.

As well as owning 74 per cent of VNG, EnBW supplies energy and water to about 5.5mn people. It also operates the Neckarwestheim II nuclear power plant, one of two that the government on Monday said it wanted to keep on standby beyond a planned shutdown at the end of the year.

How to Download Photos From ICloud to Any Device