What’s in a name? If you are interested in the tech sector, maybe the better question is: What’s in an acronym? Because it’s the acronym that spells out just who the cool kids are.

You have to go back about nine years to when the now-well-known FAANG group of stocks became a thing. The acronym was the label for all the up-and-coming tech companies that were poised to change our lives: Facebook, Amazon, Apple, Netflix and Google.

Almost a decade later, they are considered the most successful U.S. tech companies. They are all household names. And they can move the markets, affecting the overall stock indices.

Taken collectively, they are what we can, without a doubt, refer to as a financial behemoth, accounting for about 15% of the .

But every decade or so, everything shifts.

MATANA, according to Constellation Research principal analyst Ray Wang, better represents the new world order of tech stocks. He has plucked Meta  – or the old Facebook – and Netflix out of the top tier of heavy hitters. And in their stead has elevated Microsoft, Tesla and Nvidia.

Here are his arguments in favor of this re-ordering of the tech world’s elite class and why the new acronym might hold greater sway for the decade ahead.

The ones that were dropped: 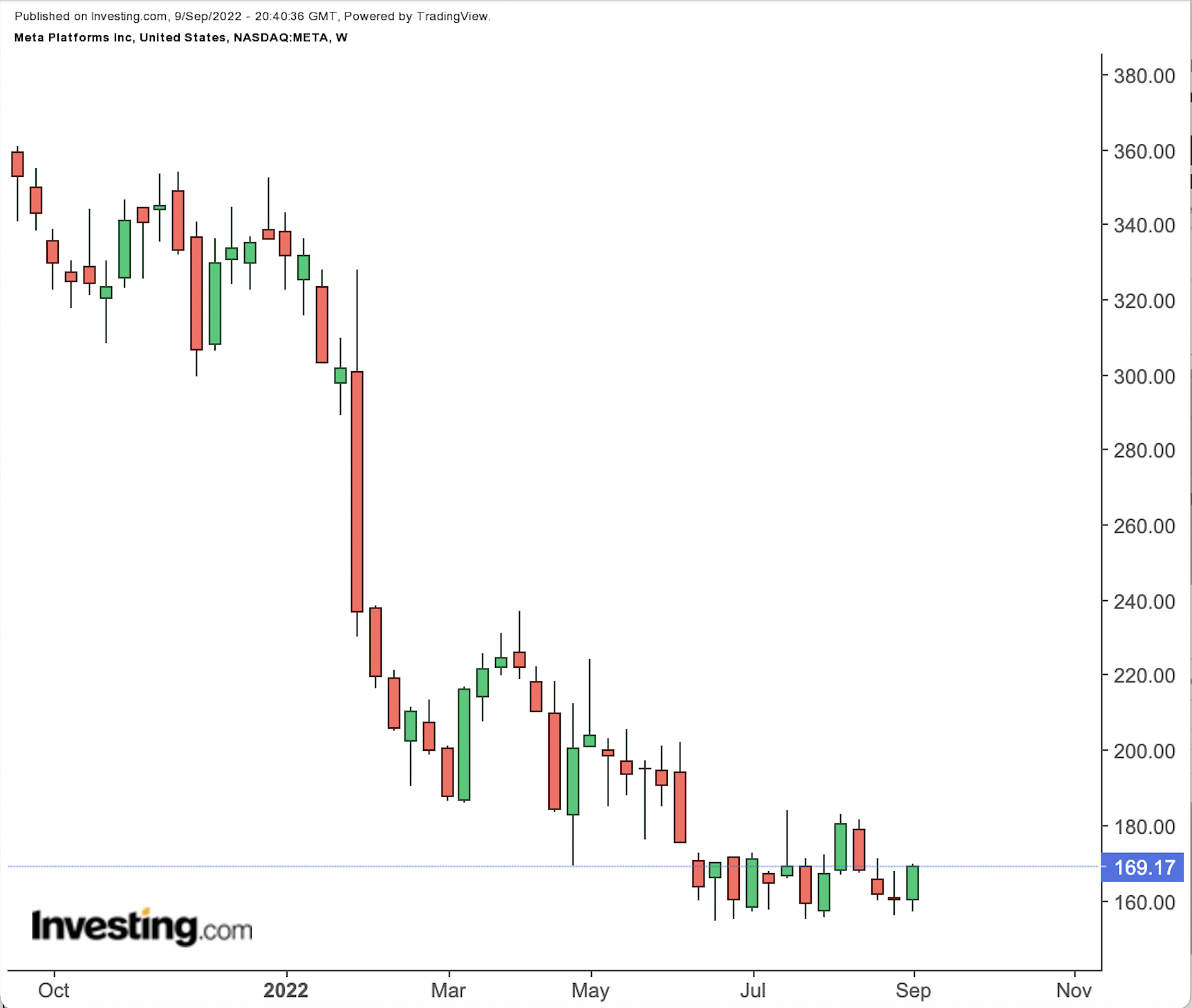 Netflix (NASDAQ:): The biggest question facing the streaming service, according to Wang: How many subscribers can it get?

And that is the fundamental problem with its one-trick-pony business model. Growth could be limited if it is uniquely tied to its subscription model.

“Product placement should be where they are, plus the ability to do (intellectual property) licensing. Look at how Disney makes its money.” 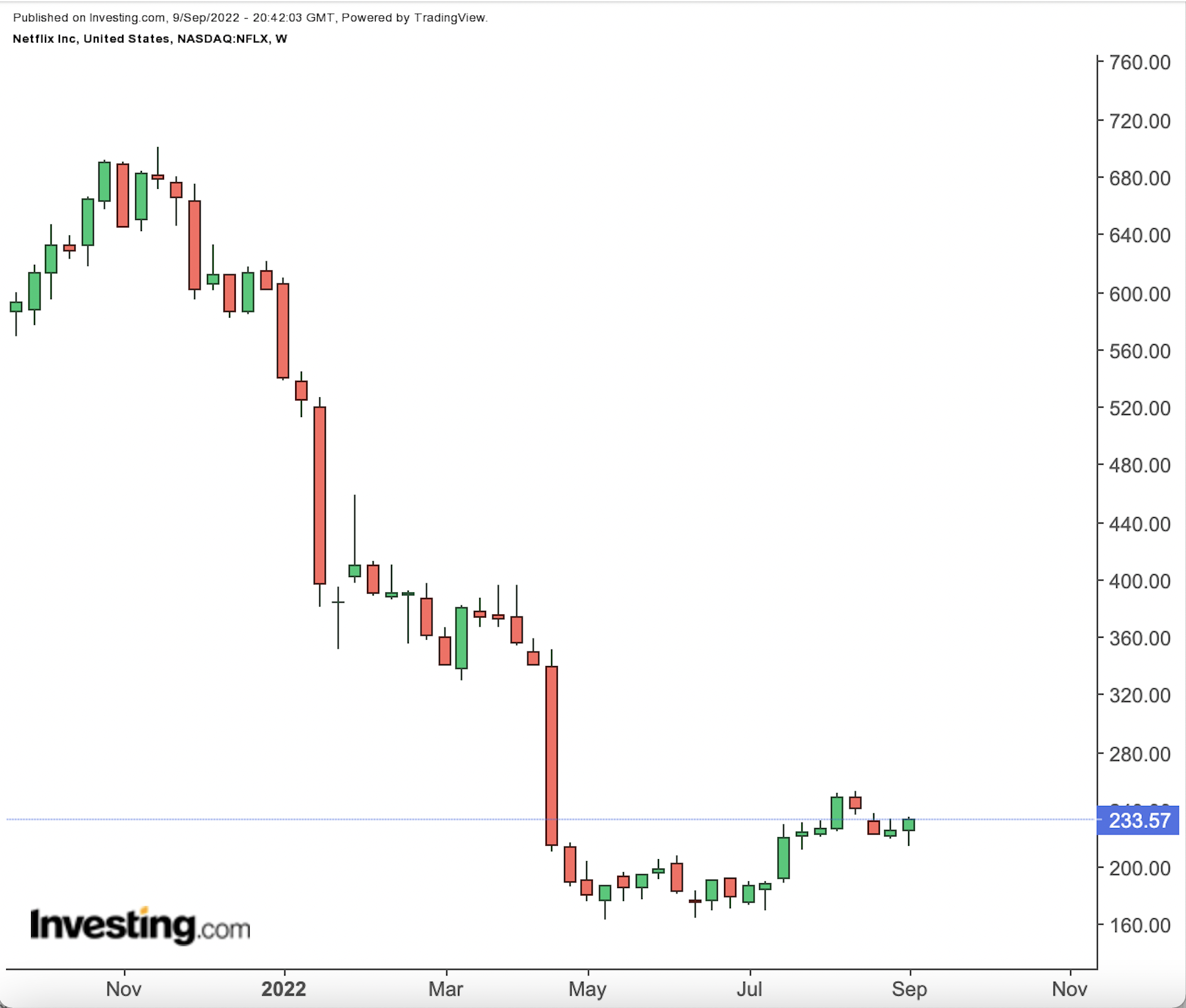 Those that have been elevated to the new acronym group:

Microsoft (NASDAQ:): According to Wang, the company has found a way to straddle key segments – what it provides corporate and consumer clients. 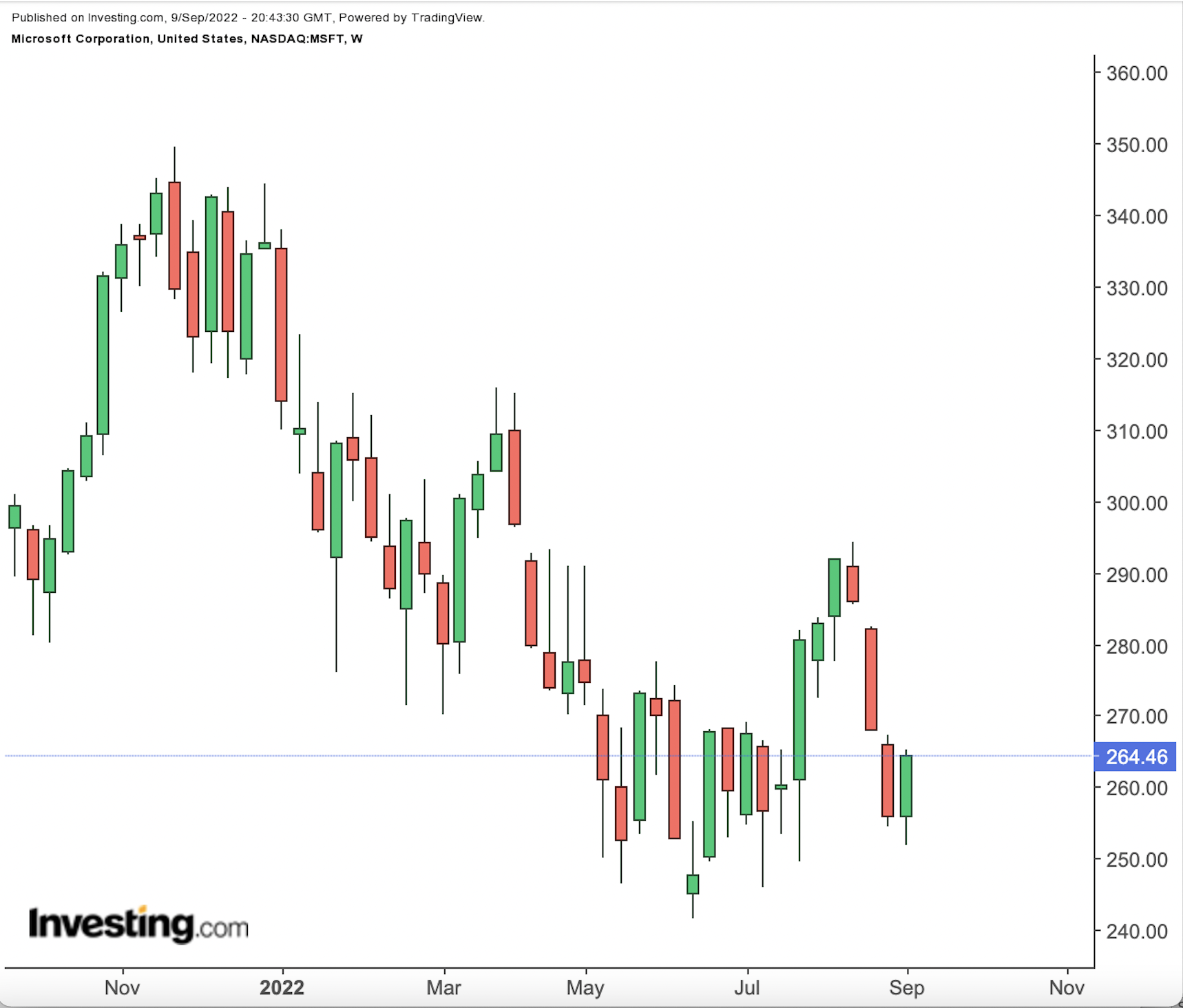 NVIDIA (NASDAQ:): Its growth potential lies with the continuously expanding need for microchips, but also in how it can play a big role in the emerging fields that could very well define the future.

Said Wang: “Nvidia is a lot more than just the chips that we look at and more than the data center or gaming. They’re sitting at the edge between (artificial intelligence), the metaverse, the future of computing and the way they do their partnerships. They’re set up in a way that’s going to be dominant for quite some time.” 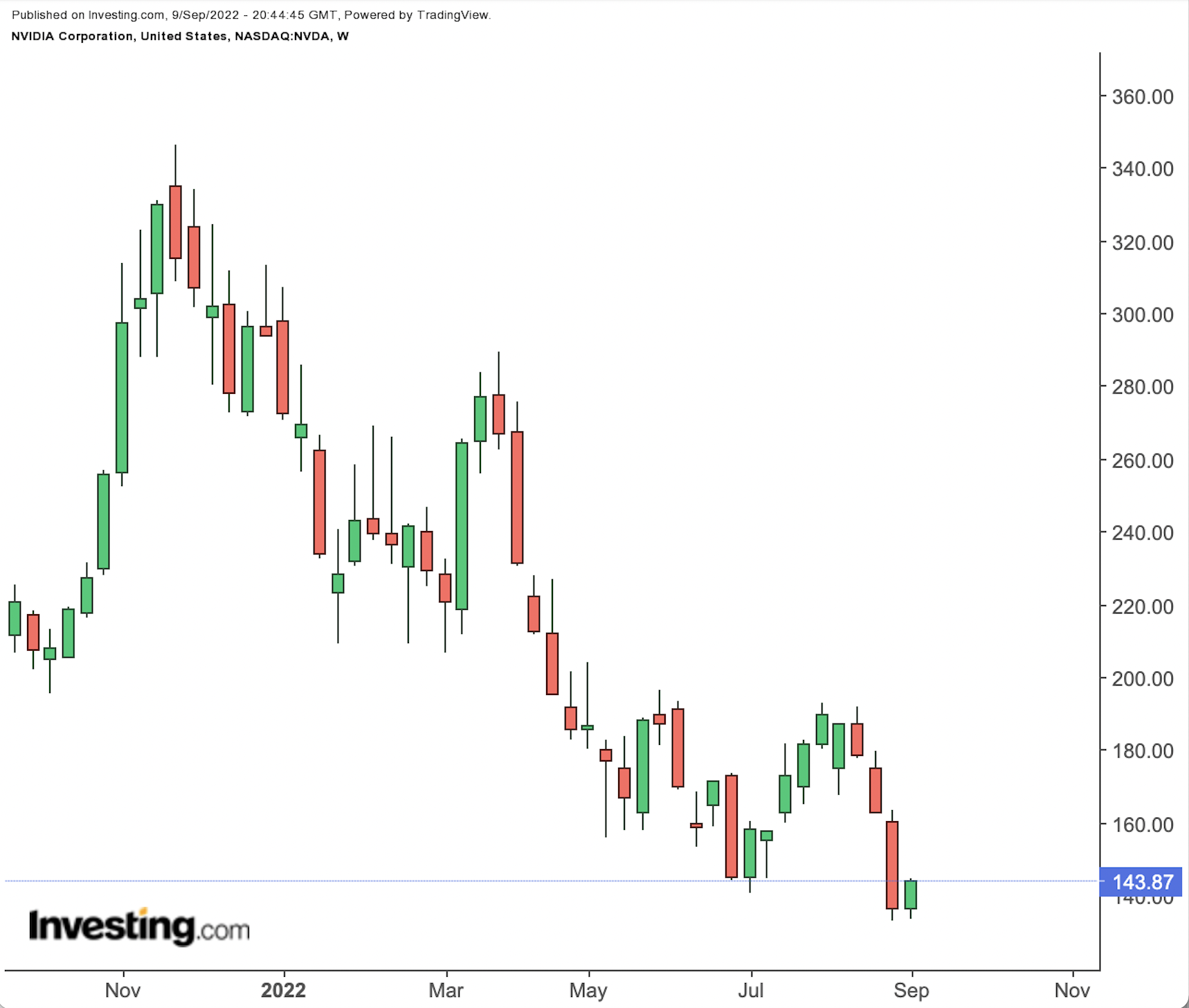 Tesla (NASDAQ:): The promotion into the acronym could settle a long-standing debate, confirmation that Tesla is not just a car company. 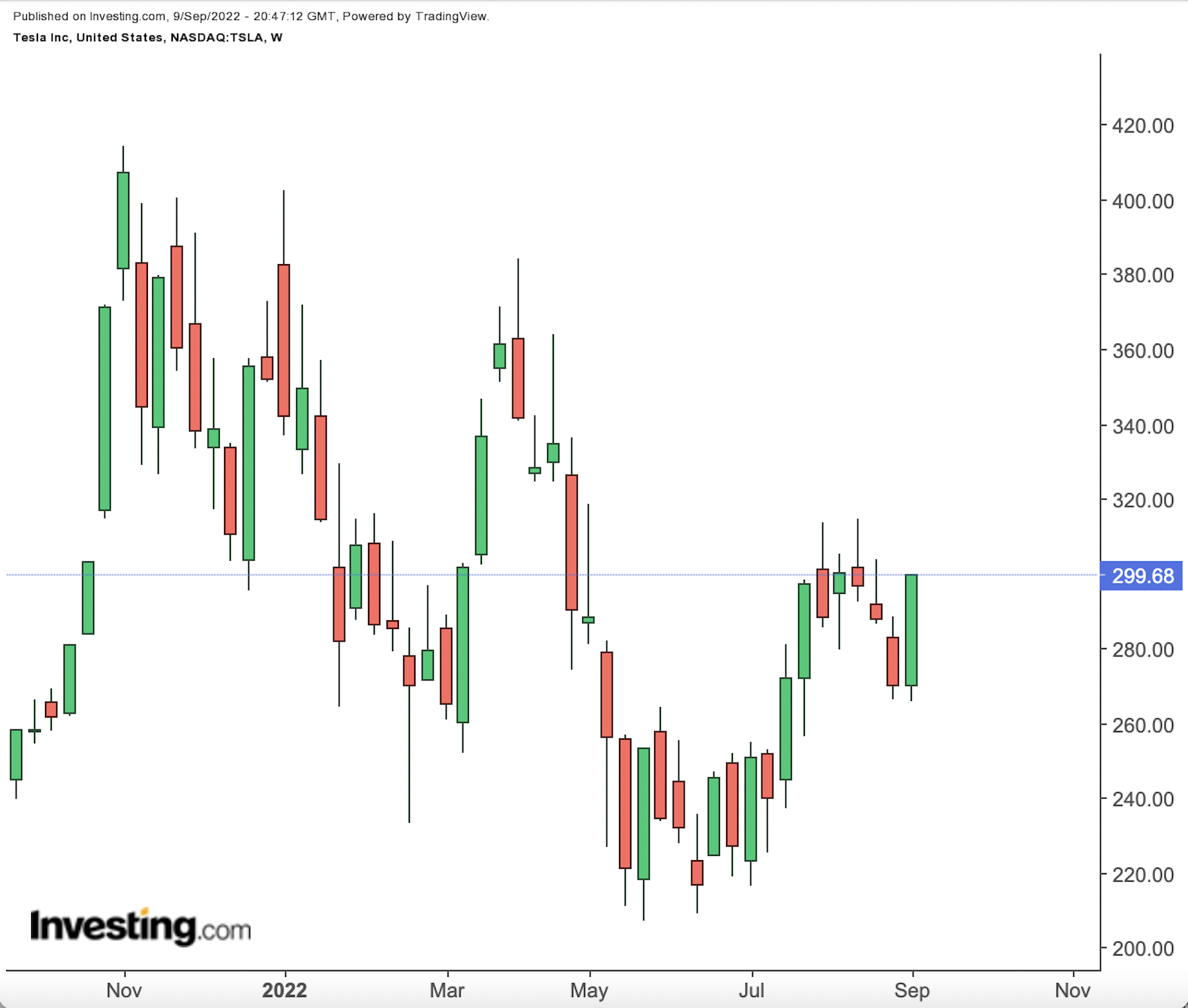 But it is a car company, and in the less than 20 years since it was founded in 2003, it has disrupted the automotive sector.

In 2021, Tesla was ranked as the most valuable automotive brand in the world. That same year, it was deemed the fastest growing brand on the planet. Today, its Model 3 is the world’s best-selling electric vehicle, surpassing the milestone threshold of 1 million cars sold in June of 2021.

The world is changing. It is a fast-moving place where we can no longer ignore acronyms. There is no need to LOL, IMHO. We just have to keep up ASAP.

Apple And Companies In Its Orbit

Keeping with the theme of tech, one big event that drew the attention of many eyes this past week was Apple’s (NASDAQ:) Sept. 7 unveiling of its newest products. The introduction of the latest array of iPhones, Apple Watches and Air Pods always has some sort of impact on the company’s stock.

The company is expected to host another product launch event next month, where it is expected to show off its newest iPads and computers, which could trigger some movement in the stock price again.

But one thing the latest Apple event sparked was a reaction for a much lesser known company – Globalstar Inc (NYSE:). The Louisiana-based satellite company, it was announced, has entered into a partnership with Apple to provide users of the iPhone 14 Pro with emergency services via direct-to-satellite communications.

The iPhone 14 Pro is equipped with an antenna that will give users the ability to connect to satellite frequencies to use a text-based service to communicate their location in case of emergency in areas without cell service.

The announcement resulted in Globalstar stock soaring last Wednesday, hitting a high on the day of $2.28. It, however, quickly retraced from that high, hitting a low the following day of $1.66. It closed the week on Friday at $1.77. 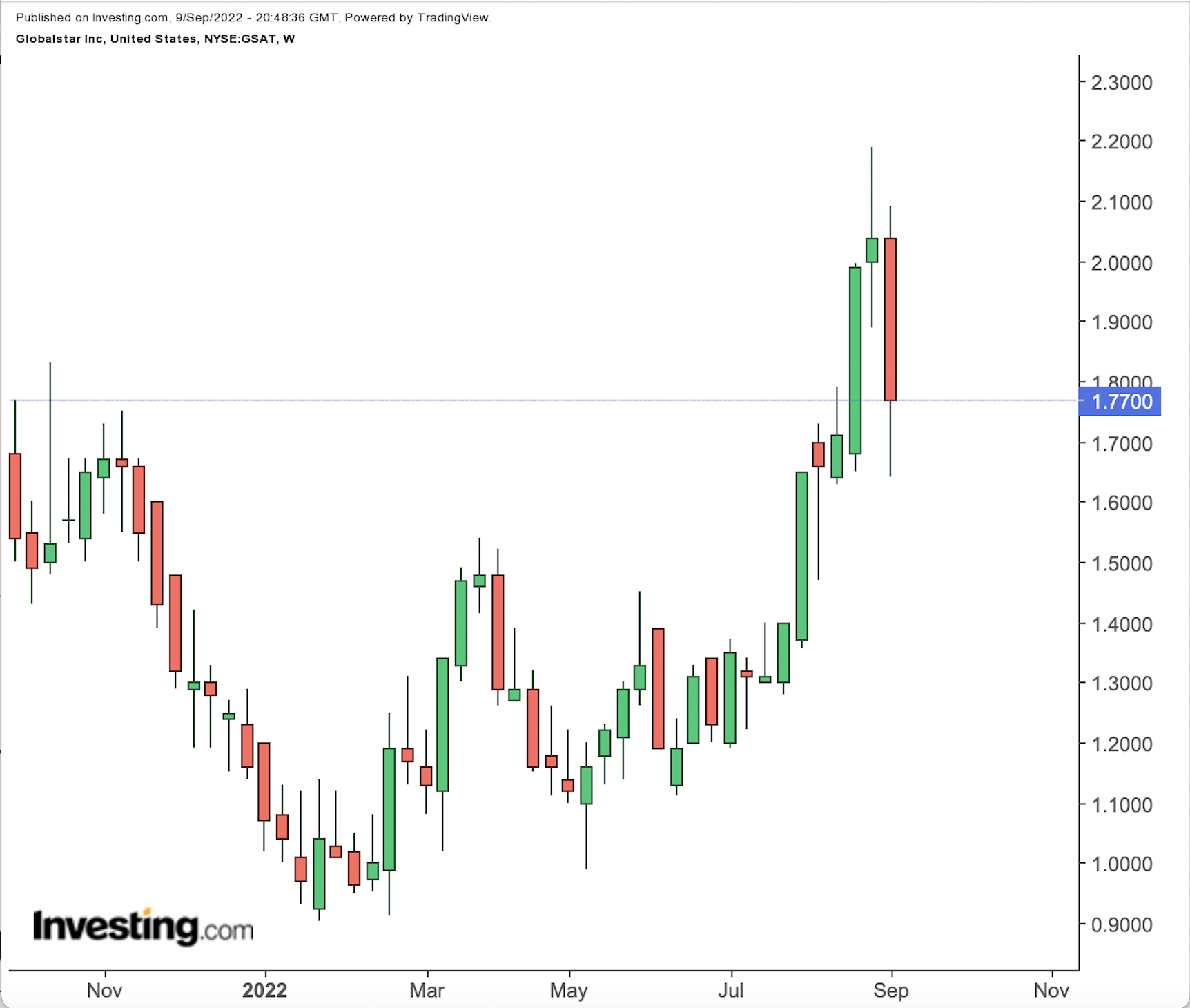 The initial roller coaster effect was based purely on a knee-jerk reaction to the announcement by Apple. The stock’s failure to launch in any sustainable upward movement, however, is more a reflection of reality.

Apple’s plans for the satellite service came with a plan to spend $450 million to support the feature, with Reuters reporting that a “majority” of that money is being funneled to Globalstar. This – on the surface – seemed like a big deal, given that Globalstar posted revenues last year that were less than a third of that amount. But the reality is that Globalstar will have to invest heavily in additional satellites to fulfill its deal to support the Apple service, according to reports.

All to say, it will be worth watching how this unfolds. The new frontier is filled with opportunity, and having Apple on your side is a nice way to blaze a trail, or boldly go where no smartphones have gone before.

And This Week’s Top Winners And Losers

FirstFT: King Charles III to address a nation in mourning