After becoming one of the most widely used internet tools during the pandemic, Zoom Video Communications Inc (NASDAQ:) seems to have lost its fan club. The stock is one of the worst-performing tech names this year, falling more than 55% since January with little sign that the bottom is near.

The change in investors’ mentality isn’t without reason. The San Jose, California-based company, which saw its sales explode during the pandemic as individuals and businesses flocked to video conferencing, is finding it hard to fuel growth in an environment where people are returning to their routines.

In the company’s recent report, this trend was evident. Fiscal second-quarter sales rose 7.6% to $1.1 billion, Zoom’s slowest year-over-year growth on record. It also reduced its annual sales forecast to about $4.4 billion from its May projection of as much as $4.55 billion.

Another concern for investors is that Zoom is finding it hard to grow its enterprise sales faster to make up for losses on its online sales. Zoom is trying to win larger enterprise clients to fuel growth in the post-pandemic environment.

Zoom has branched into new lines of products, such as software for customer contact centers, to win over these clients. In June, the company introduced a new service bundle, the Zoom One, to promote its offerings like internet-connected phones and physical conference rooms.

But the biggest threat in this area is from the tech giant Microsoft (NASDAQ:), which offers attractive options for premium video conferencing. With Microsoft Teams premium plans, customers get the virtual meeting app plus access to other Microsoft software.

Not An Easy Business

“[Enterprise] is not an easy business to win when you think about Microsoft’s ability to package Teams into an Office 365 sale.

Zoom has shifted its focus to the enterprise segment for growth, where I don’t think its strong brand name will help them as much as it did in the online consumer market.”

Despite facing tough competition from Microsoft, Zoom’s sales to enterprise are still showing a healthy growth trend. This year they are expected to grow by more than 20%, according to the company’s forecast. In the period ended July 31, the company said it had 204,100 enterprise customers, an increase of 18% from a year earlier but lower than a 24% increase in the previous quarter.

Some analysts and investors believe Zoom will remain relevant in the new workplace and education environment, and long-term investors should take advantage of its current weakness.

However, an Investing.com poll of Wall Street analysts shows that most forecasters have a neutral rating on Zoom’s stock amid the uncertain growth outlook and worsening macroeconomic conditions. 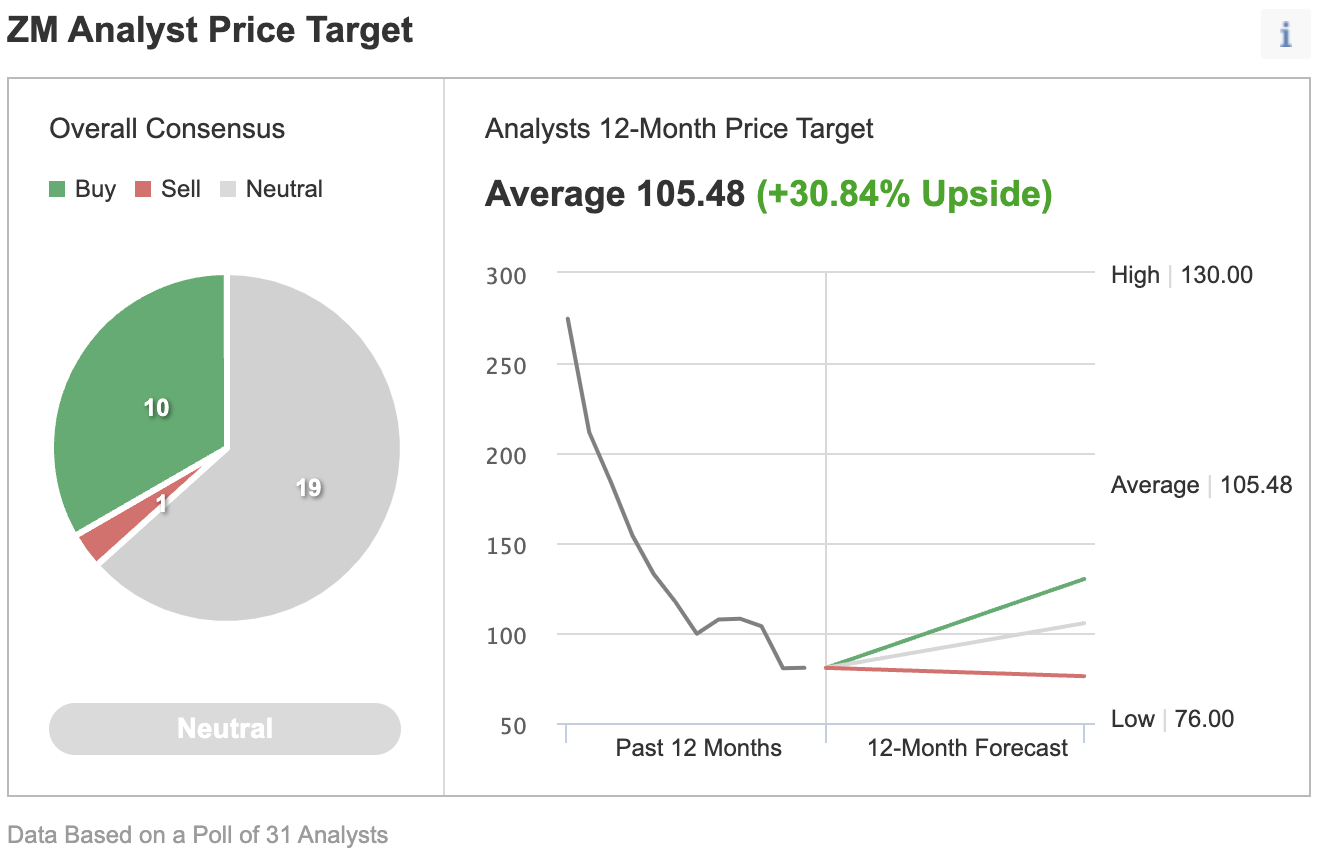 BTIG Research, which recently downgraded ZM stock to neutral, said in a note:

“Overall, the pullback in FY23 profitability and FCF is somewhat concerning as topline growth slows further, and thus we are downgrading shares of ZM to Neutral given significantly reduced near-term expectations.”

“The [contact center as a service] market is crowded and technically complex, and we are not certain Zoom’s nascent platform will have the same broad level success that Zoom Phone has enjoyed of late.”

Zoom stock looks attractive after its massive plunge this year. But it’s not yet clear how successful the company will be in its enterprise growth push.

Investors should avoid this name until the company consolidates its position in this competitive market.

Disclosure: The writer is long on MSFT and doesn’t hold ZM.

Brainard calls for Federal Reserve to hold its nerve on inflation

Is Halliburton Stock Is A Long-Term Buy?