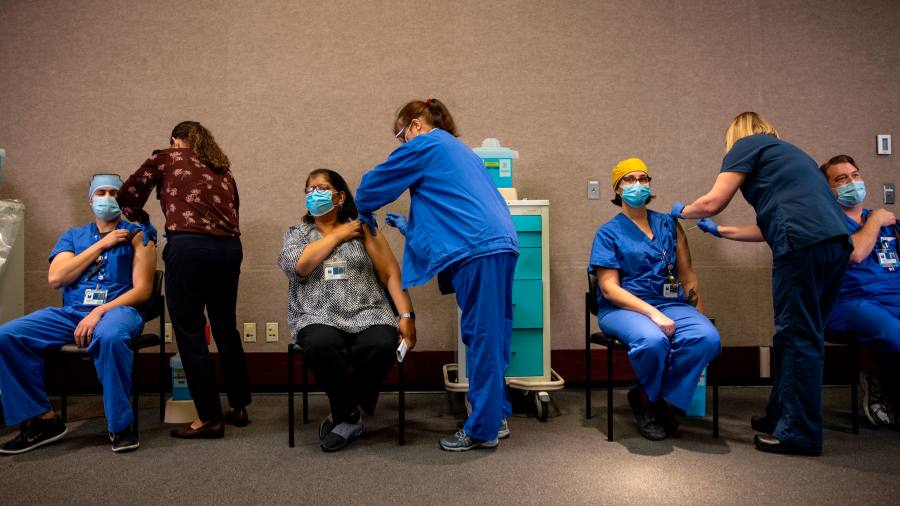 The wartime economic interventions that risk losing the peace


These are extraordinary times and they call for extraordinary measures: gas price caps, cash for power producers, massive handouts to consumers. That’s all fine, depending on the detail. What’s concerning is that emergency actions might lay the ground for trying to run a wartime state-led economy at times of economic peace. In both the EU and the US, the forces of heavy handed and possibly counterproductive industrial policy are massing.

To be frank, the common invocations of war (France’s President Emmanuel Macron used the term over the summer aren’t always helpful. The most destructive European conflict since the second world war is taking place on the EU’s eastern border. But the direct economic effect on most of the rest of Europe is largely limited to gas prices and associated shocks, particularly the cost of energy-intensive fertiliser and initially food, though global food prices are falling back. These can cause serious hardship, of course. But the solutions can be largely temporary and precisely targeted.

This is not a total war requiring a fundamental economic shift towards producing “guns not butter”. A rise in defence spending would be helpful, obviously — and this was the context of Macron’s remarks. But that’s 1 or 2 per cent of gross domestic product, not the kind of thing that needs government ministries to assume sweeping powers to direct production.

In this context, the drift towards creating expansive tools of intervention in the US and the EU is concerning. The Biden administration has discovered the proverbial hammer with a magical ability to transmute all problems into nails in the form of the Defense Production Act, which it has used to procure such military necessities as baby formula.

The EU’s interventionists are similarly on manoeuvres. A proposed Single Market Emergency Instrument (SMEI) allowing the European Commission to intervene to keep essential goods flowing during crises is due to be signed off by commissioners next week, and EU officials say goods such as fertiliser are an obvious target.

As it happens, the draft version of the SMEI has some potentially very useful features. One is a set of new tools to deter member state authorities blocking the movement of vital goods within the EU during a crisis, a tactic used over personal protective equipment in the early months of the pandemic. Another good idea would allow the Commission to direct member states to build up stockpiles and reserves, which Germany is belatedly rushing to do with gas now.

But the plan also contains a good dose of DPA envy in the form of provisions allowing the EU to override private contracts and put itself at the front of procurement queues for essential goods. This clearly bears the imprint of internal markets commissioner Thierry Breton, fresh from driving through the €43bn Chips Act to subsidise EU semiconductor production. Like many of his ideas, it has the potential to create problems.

As the economist Chad Bown has pointed out, the limitations of the DPA were evident during the Covid vaccine drive of 2020-21. The US was quick off the mark with a massive procurement programme stimulating the creation of jabs. But that allowed the government to jump the queue rather than expanding capacity, and constrained companies to produce only for the US market. By the end of 2021, because of the DPA’s inflexibility, US vaccine production was far behind that of the EU and India.

Imagine this approach being used with nitrogen fertiliser. The issue currently isn’t really a serious market failure in terms of the price mechanism not working. It’s a massive cost increase in the main input of fertiliser production, natural gas. If there’s a problem with unaffordability, the government can give temporary financial help to buyers and longer-term subsidies for stockpiling. It doesn’t have to crash in with its own procurement, still less try to micromanage the system on a longer-term basis.

To the EU’s credit, it has managed to resist the more destructive impulses of US industrial policy in recent years, particularly those involving restrictions on trade. Brussels created the capacity for limiting Covid vaccine exports but it was used as a temporary threat more than a sustained attempt to manage trade. As with many of the EU’s new instruments to intervene in the single market and trade, the impact of the new emergency tool will depend on the discretion with which it is used. But it’s a worry if the official instinct is to assume Europe’s economy is in permanent crisis and intervene rather than getting open markets to do their work.

European economies, still less the US, are not on a total war footing. They have a particular problem with the costs of energy and energy-intensive goods, caused by a specific issue with gas supply. They can cushion the immediate impact and get to work on building resilience to future energy shocks without resorting to the kind of meddling that is more likely to do harm than good.