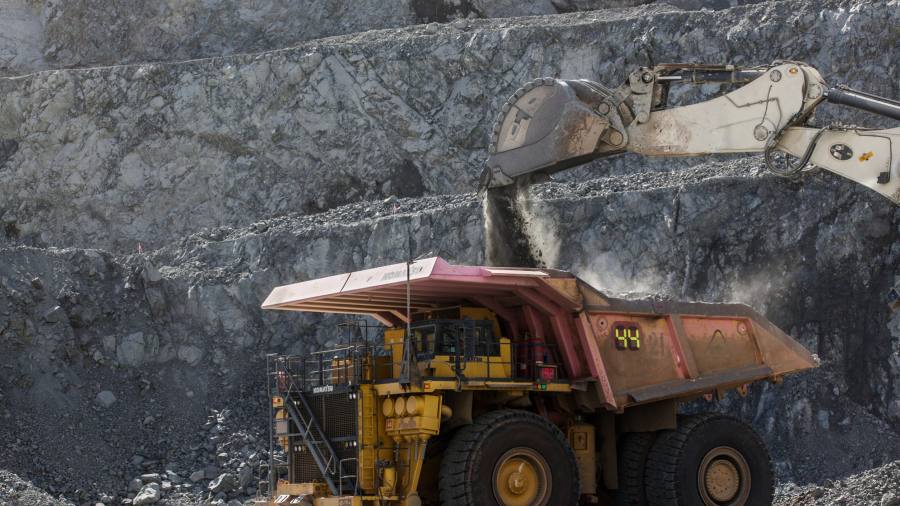 
Rio Tinto has agreed to pay $3.3bn to take full ownership of Canadian miner Turquoise Hill, giving it greater control over the vast Oyu Tolgoi copper mine in Mongolia.

The move brings an end to a six-month takeover battle, boosting Rio Tinto’s exposure to copper, which is expected to benefit from climate change plans of governments that rely on renewables and electric vehicles in which the metal is used in vast quantities.

The deal represents an increase on the FTSE 100 miner’s original offer in March of $2.7bn to buy out minority shareholders in the Quebec-headquartered group, which it last month sweetened to $3.1bn.

Turquoise Hill holds 66 per cent of the Oyu Tolgoi project, one of the world’s largest known copper and gold deposits located in the Gobi desert. The Mongolian government owns the remaining stake in the project.

The purchase price of C$43 per Turquoise Hill share is a 67 per cent premium from the day before the initial offer was made.

Copper prices have dropped sharply from a record high above $10,600 in March to below $7,800 as soaring energy prices threaten to plunge much of the world into an economic downturn and Covid-19 continues to curb demand in China.

However, beyond the energy crisis, demand for copper is set to soar since production needs to double by 2035 to electrify the global economy and meet emissions targets, according to S&P Global.

That has fuelled appetite among large miners to diversify their portfolios beyond iron ore and steelmaking coal by increasing copper production but they bemoan the lack of quality projects to invest in.

Rio, which has mined copper from an open site at Oyu Tolgoi for a decade, struck a deal with the Mongolian government earlier this year for a $7bn underground expansion.

It will make the site one of the biggest copper mines in the world, producing at peak capacity 500,000 tonnes of the metal annually.

Richard Hatch, an analyst at Berenberg, said the offer was a “sensible price” and would give “Rio the lowest-risk exposure to a meaningful equity increase in copper production”.

Rio also amended the offer to support Turquoise Hill’s near-term liquidity needs. The measures included increasing the early advanced facility by more than half of $650mn and extending the deadline for a $650mn equity raising and debt repayment to at least March 2023.

Some minority shareholders such as Pentwater Capital and Sailingstone Capital were vocal in their opposition to the previous takeover bids but are yet to issue any statements on the agreement.