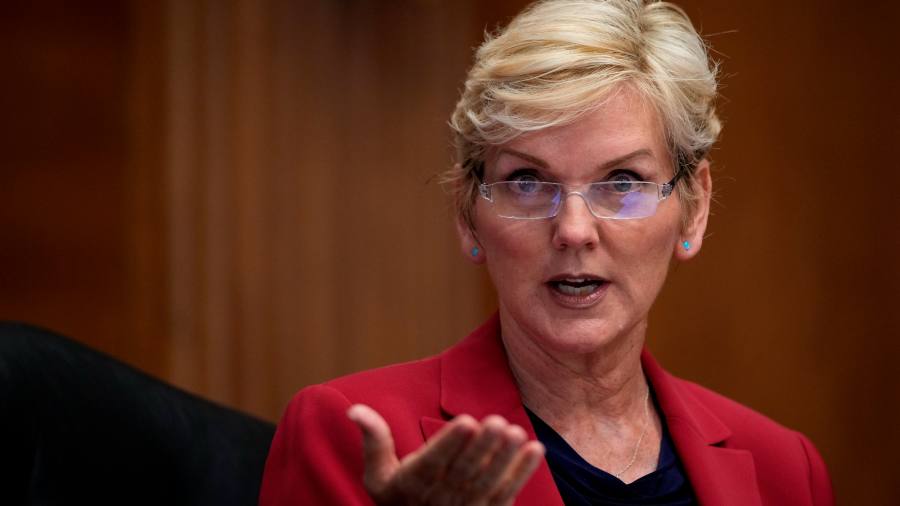 Winter is coming for the west’s energy alliance

Hello and welcome back to Energy Source after our brief August break!

We’re happy to return to your inboxes, but there has been little reprieve from the global energy crisis over the past couple weeks. Yesterday, EU leaders said they were working on an “emergency intervention” to try to bring down record-high power prices. The latest plan is to try to reduce the influence of sky-high natural gas prices on electricity costs for European consumers and industries. It’s an attempt to weaken Russian president Vladimir Putin’s ability to inflict economic pain on the continent.

The emergency move underscores the huge test Europe, and America, are facing this winter as the threat of punishing energy prices and potential shortages puts the west’s united front against Putin over the war in Ukraine to the test. That is the main topic of today’s newsletter.

Thanks for reading and let us know your thoughts on how the energy crisis is going to play out this winter. As always, you can reach us at energy.source@ft.com. – Justin

Will the west’s energy alliance survive the winter?

Worries are growing of a nightmare scenario this winter — one that sees natural gas and electricity shortages as energy prices hit fresh highs. Europe is at ground zero of this threat.

The worsening energy crisis will put immense pressure on American and European leaders as they try to maintain a united front against Putin, who is using his grip over Europe’s energy supplies to try to weaken western support for Ukraine.

For now, the coalition has remained mostly intact even as energy prices have soared and consumers rage over sky-high fuel and electricity costs. But there are worrying signs that fresh rises in energy prices or renewed threats of shortages could see some leaders start to put up walls around their energy exports to protect consumers at home. This, in turn, could exacerbate the global energy crisis.

Here in the US, energy secretary Jennifer Granholm sent a letter to the nation’s major refiners flagging “historically low gasoline and diesel inventories in parts of the country” even as “exports of US refined product are at an all-time high”.

“As we enter peak hurricane season and look to the winter heating season just a few months away, these low inventory levels pose heightened risks,” the letter says.

In the letter, which was seen by Energy Source, Granholm urges the industry to focus on rebuilding inventories in the coming weeks “rather than selling down stocks and further increasing exports”.

“It is our hope that companies will proactively address this need. If that is not the case, the administration will need to consider additional federal requirements or other emergency measures,” the letter concludes.

The linkage between high exports and low inventories was seen by many in the industry as a threat that shipments abroad could be restricted, although a source at the Department of Energy said it was simply part of an effort to keep ahead of any potential disruptions at a time of tight supplies.

Still, the Biden administration is coming under continued pressure over potential shortages and price surges that could make the current high levels of exports politically explosive.

Governors from the north-east’s New England states wrote to Granholm in July raising fears of high electricity prices and “reliability concerns if the region suffers a severe winter”, according to a joint letter seen by Energy Source.

“We appreciate that the Biden administration has been working with European allies to expand fuel exports to Europe. A similar effort should be made for New England,” the group of governors from Connecticut, Maine, Massachusetts, New Hampshire, Rhode Island and Vermont wrote.

They urged the Biden administration to ease Jones Act shipping restrictions, which make it all but impossible to send domestic liquefied natural gas from the Gulf Coast to the north-east during the winter and to create a plan for tapping into the region’s strategic stockpiles of heating oil.

The administration is also coming under heightened pressure from some domestic manufacturers to tighten exports of natural gas as strong foreign demand has driven US prices to highs not seen since shale production took off more than a decade ago. The Henry Hub benchmark topped $10 per million British thermal units last week for the first time since 2008.

US president Joe Biden has put forward domestic US fuel and LNG supply as a substitute for lost Russian supplies, but that promise will be harder to keep if there is a big surge in prices, or if a string of major hurricanes in the coming months creates shortages.

Meanwhile in Europe, Norway’s proposal this week to curb electricity exports as it struggles with low hydropower generation amid a worsening drought has angered its neighbours and exposed potential fractures in Europe’s response to the energy crisis.

Jukka Ruusunen, chief executive of Finland’s network operator Fingrid, told my colleague Richard Milne that any move to restrict exports at this time was “dangerous” and “nationalistic”.

“If we don’t work together it will help Russia. The best way to help Russia is to leave the team,” Ruusunen added.

The UK angered its counterparts in Europe earlier this summer with plans to cut off gas connections to the continent if it sees extreme shortages this winter, which looks increasingly possible.

Russia’s curtailment of gas through the Nord Stream 1 pipeline is the latest sign that Putin intends to put an energy squeeze on Europe this winter. With fuel supplies already tight, it is going rip through global energy markets and leave consumers footing huge bills. It will pose a huge test to western powers. (Justin Jacobs)

The sharp drop in the price Americans have been paying to fill up at the pump has been the exception to rising energy prices pretty much everywhere else. After cresting at more than $5 a gallon in June, the national average cost of petrol has fallen steadily, although the decline is now showing signs of levelling off and crude prices have stabilised around $100 a barrel.