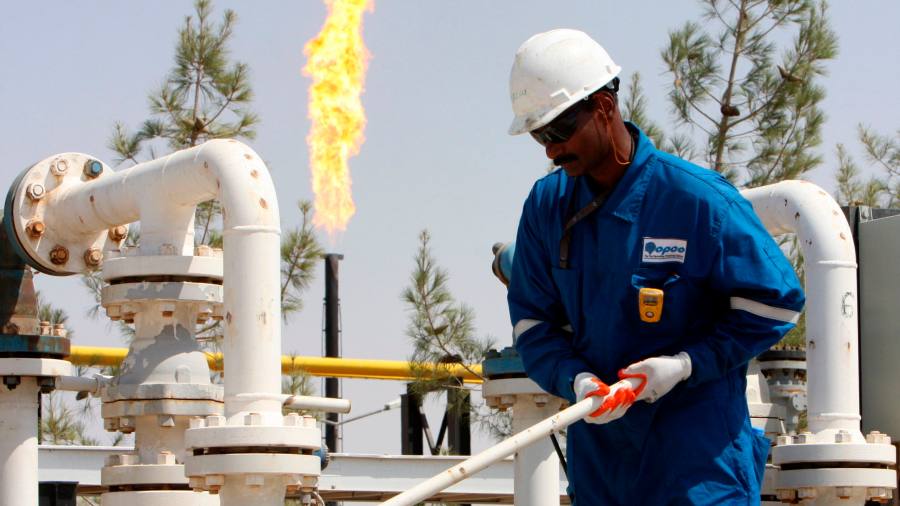 
Baghdad has threatened legal action against international buyers of crude oil from Iraq’s Kurdistan region, the latest move in an escalating row over oil exports.

This week’s warning letter to buyers from the state-owned oil marketer SOMO is part of efforts to stop the semi-autonomous region exporting oil independently of Baghdad. It follows a landmark Iraq supreme court ruling in February which declared the Iraqi Kurdistan energy industry unconstitutional.

Since then, Baghdad has taken an increasingly aggressive stance towards international companies operating in the region, threatening to annul existing contracts and prevent future deals from being brokered.

The oil ministry has in recent months launched lawsuits against at least nine international companies over their dealings with the Kurdistan Regional Government (KRG), seeking to nullify their contracts. Those summoned to court in Baghdad include UK-listed Gulf Keystone, Norway’s DNO and Russia’s Gazprom.

The latest move comes amid fears of rising crude prices and tighter global energy supplies following Russia’s invasion of Ukraine. “This is becoming fairly serious and it’s casting a dark cloud over the energy sector,” said Shwan Zulal of Carduchi Consulting, which specialises in Iraqi Kurdistan. “It can no longer be ignored — it’s going to cause issues for the future of the industry: we’re talking short-to-medium term, in the next few months when production will eventually go down, as oil companies hold back on new development.”

On Friday, the KRG condemned Baghdad’s letter to crude oil buyers, saying it was “part of a political fight”. In a statement, it also said its oil production and trade were unaffected by the dispute, that “investment interest remains and production is expected to increase”.

Iraq is Opec’s second-largest producer, and currently exports about 3.3 million barrels per day (b/d). The Kurdistan Regional Government (KRG) keeps its production figures secret, but industry experts peg its production at about 440,000 b/d, most of which it exports.

Officials in the KRG have repeatedly dismissed Iraq’s supreme court ruling as a political move. It has initiated multiple legal proceedings against the oil ministry and its minister, Ihsan Ismail. It is appealing Baghdad’s attempts to nullify four companies’ contracts, a KRG official told the FT.

For years, the KRG has exploited ambiguity in Iraq’s constitution to export crude and keep the revenues to maintain some financial independence from Baghdad. While the supreme court ruling will be difficult to implement, it will impact foreign investors, analysts say.

“It’s by far, the worst crisis between Baghdad and the Kurds since 2003,” one senior Kurdish official said, “born out of bitter rivalries during the government formation process.”

Iraq has been without a functioning government since Shia cleric Moqtada al-Sadr’s movement won parliamentary elections last October. At the time of the February court decision, Erbil’s ruling Kurdistan Democratic Party (KDP), allied with Sadr as he sought to form a government that would exclude factions more closely aligned with Iran.

With state spending hamstrung by the political impasse, Baghdad in effect stopped paying Erbil its share of the federal budget in May. Analysts speculate that Kurdish support for an Iran-backed government might hasten a resolution to the oil dispute.

“They could find a way to circumvent the ruling or ignore it temporarily. But is there political will to do that? Baghdad still has a caretaker government with limited powers. Can a deal be struck with this government and have it followed through with the next?,” said Sajad Jiyad, a Baghdad-based fellow with The Century Foundation.

Iraq’s low cost of production at a time of high oil prices globally is an added incentive for companies to stay. “Right now, it’s too tempting with these prices for traders not to make deals with the KRG. And for buyers — they simply need the oil,” said Alan Mohtadi, who heads T&S Consulting Energy and Security, which advises companies in the Kurdish oil and gas sector.

Investment clubs are cool again, and maybe community is, too – TechCrunch

Investors Hoping for a Pivot Should Be Careful What They…