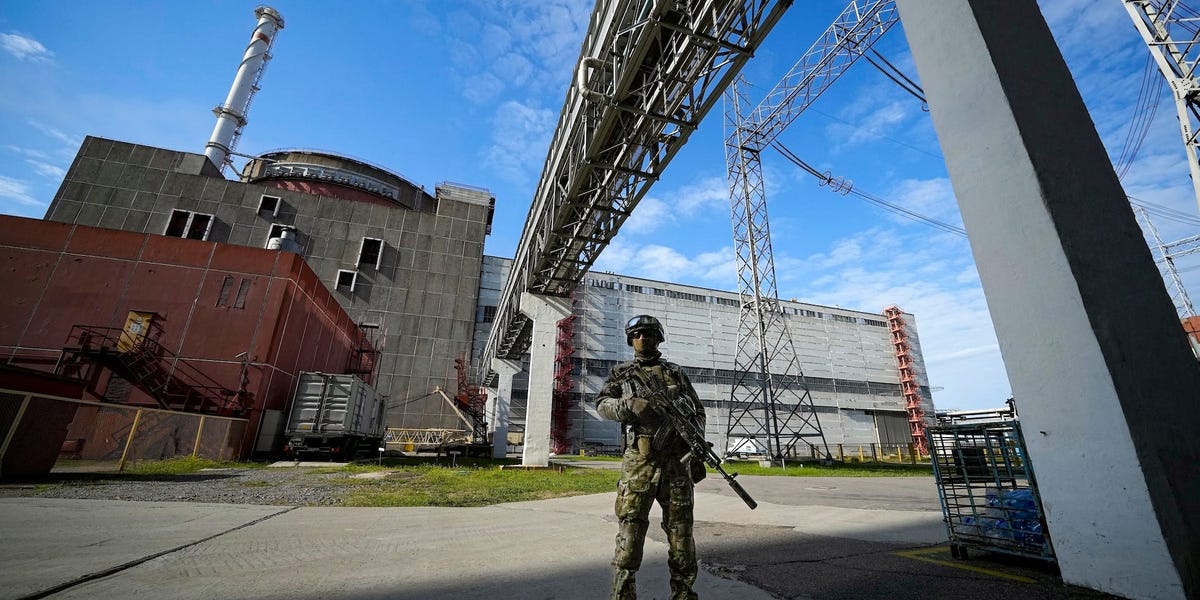 The Ukrainian President said Europe had come “one step away” from disaster on Thursday, which was only averted because the automation systems turned on diesel generators.

The incident at Zaporizhzhia was caused by Russian shelling, he said, which damaged the plant’s connection to Ukraine’s power system.

“The world must understand what a threat this is: if the diesel generators hadn’t turned on, if the automation and our staff of the plant had not reacted after the blackout, then we would already be forced to overcome the consequences of the radiation accident.”

“Russia has put Ukraine and all Europeans in a situation one step away from a radiation disaster.”

Enerhoatom, Ukraine’s nuclear power company, said the plant had been completely cut off from Ukraine’s power grid on Thursday for “the first [time] in the history of the plant.”

The power plant was captured by Russian forces in March, though they have kept Ukrainian technicians running it. Concerns about fighting in the area have escalated in recent weeks, Forbes recently reported.

Petro Kotin, the head of Enerhoatom, told the BBC earlier this month that Russian forces had turned the plant into a base to launch attacks on Ukraine from.

The UN’s International Atomic Energy Agency has been trying to visit the plant even before the latest incident.

Speaking on Thursday ahead of Zelenskyy, the IAE’s director general Rafael Mariano Grossi said he wanted to visit as soon as possible.

“Almost every day there is a new incident at or near the Zaporizhzhya nuclear power plant,” he said. “We can’t afford to lose any more time. “

Grossi has previously warned that fighting at the power plant poses a “very real risk of a nuclear disaster that could threaten public health and the environment in Ukraine and beyond.”