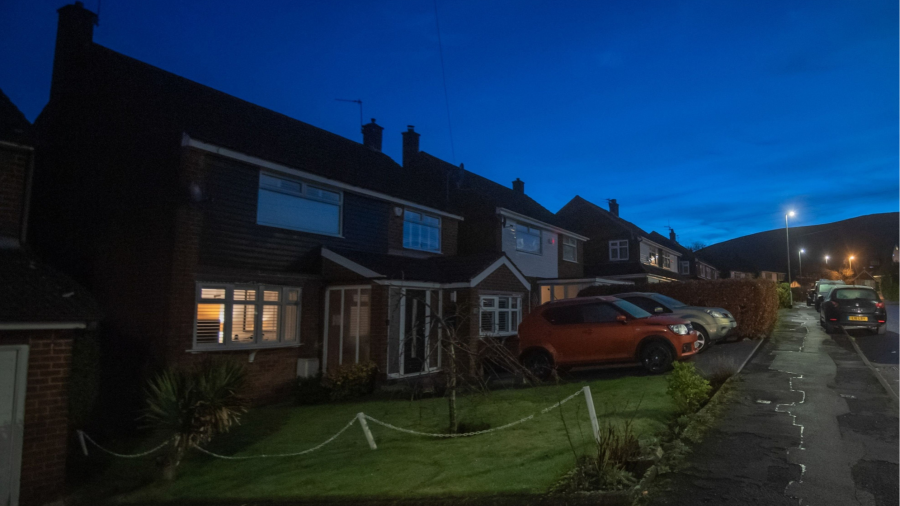 The strange world of energy prices

This article is an on-site version of Martin Sandbu’s Free Lunch newsletter. Sign up here to get the newsletter sent straight to your inbox every Thursday

Welcome back to Free Lunch — and I hope readers who took a summer break have returned well-rested and braced for what is going to be an economically challenging (northern) winter. Give a hand to my colleagues Claire Jones and Chris Cook who kept the newsletter going with a series of stellar pieces. If you were away too, do look them up now. Claire wrote about how the Federal Reserve’s tightening forces the hand of other central banks and how many prices that drove the rise in inflation are now falling — but not fast enough. Chris, meanwhile, lamented UK politicians’ misguided temptation to use the public sector wage bill as an inflation management tool. Their reading recommendations were cracking as well.

I spent the summer largely tuned out of the news, but one thing was impossible to miss: the ever-louder discussion on energy prices. That is as it should be. How energy prices behave is at the core of our politics as well as our economic prospects. In fact, I think we may even now not quite appreciate how special energy prices are in terms of their behaviour and their effects. So here are four reflections that have emerged while I have had time to think slowly.

The first is to grasp the sheer scale of the energy price rise. European gas prices are about 10 times their average level in the past decade. As my colleague David Sheppard has pointed out, the daily swings in the price can now be as big as the entire price used to be. The price of electricity has risen almost as dramatically in much of Europe.

If we fully grasp these magnitudes, it is difficult to suggest that central banks should somehow have kept inflation low and are therefore guilty of mistakes in allowing price growth to get so high. If the price of energy goes up 1,000 per cent, what would it mean for overall inflation to stay near the central banks’ 2 per cent targets? In a basic arithmetical sense, other prices would have to collapse by a lot to offset such an increase.

Here is an illustration: suppose energy prices account for 10 per cent of the normal price index. (This is just to make the arithmetics easy. The actual share of energy in the US index is 9.2 per cent, and in the eurozone it is 9.5 per cent.) If they double, the rest of the index has to fall almost 9 per cent. If they triple, other prices have to fall 20 per cent in the aggregate.

Central banks have a lot of power, but making most prices fall 20 per cent or more in a year or so may be beyond their ability even if they were determined to try. And considering that most of what we do and produce uses energy, this would require the costs of other inputs into production — in particular, profits and wages — to fall even more significantly. In the context of extreme price rises for some goods, to think today’s high year-on-year inflation rates prove that central banks erred 12 to 18 months ago is to say that central banks should have so firmly arrested the recovery and kept economies so long in recession as to bring about abysmal offsetting negative price changes elsewhere.

The second is the strange nature of energy cost curves, especially for electric power. When the weather is right, renewable power generation has a marginal cost of zero. When capacity is insufficient, that marginal cost rises sharply. Fossil fuel cost structures are similar, if less dramatic — upfront capital costs are high but variable extraction costs are relatively low. But again only until you reach capacity, after which squeezing an extra unit of energy out of a limited number of wells, pipelines or tankers rapidly drives up costs. In the jargon, the supply curve starts very flat or “elastic” then becomes very steep or “inelastic”. Since last year President Vladimir Putin has been forcing us from the flat to the vertical part of the curve by withdrawing Russia’s energy supply (largely in the form of natural gas).

Third, energy demand, too, can behave inelastically if users cannot or do not know how to economise on energy use as prices rise. In Germany, for example, it is a widespread view that it is technically unfeasible to reduce gas use by industry much without breaking vital links in industrial supply chains.

What this means is that the marginal tail often wags the aggregate dog: small changes in volume can have an outsize effect on the price across the entire market. As one European energy policymaker put it to me, that is precisely what Putin is taking advantage of. It is within his power to reduce energy supplies enough to drive 10-fold increases in price.

The result is not just that Russia is raking it in (as are other energy exporters such as Norway) while other European countries are bleeding money. It is also that energy users everywhere pay much more than the average cost of generating power or extracting fossil fuels. That is obviously hard to justify politically. It is also hard to justify economically, if valuable economic activity that is perfectly viable at average energy generation costs collapses because of the much higher market prices.

It is imperative, therefore, to beat Putin at his own game, which means to make our own demand more elastic and overall smaller. This depends on our physical ability to economise on energy and substitute between power sources and uses. We are finding out what this ability is, as Chris Giles’s excellent comment on Europe’s handling of the gas crisis shows. It also depends on policy. That is why it is so important to support energy users with grants and support schemes rather than trying to subsidise or cap prices below market-clearing levels.

Fourth, what will happen next? The correct policy depends enormously on whether the extreme energy prices of today are temporary or set to stay for several years. If they are temporary, monetary policy should prepare for the disinflationary shock about to come, and fiscal policy should just help tide over households and businesses. If they are permanent, central banks must prevent an inflationary spiral, and governments must help restructure their economies to be less energy-intensive.

What seems certain is that big price swings are likely to continue. That includes downward swings, and we need to be as prepared for a sudden drop in energy prices as for continued increases. In the short run, gas may turn out to be less scarce than we now fear. Some observers point out that on current trends, Germany can fill its gas storage fully and use it to supply demand through the winter even if the Russian gas taps are turned off completely.

If gas prices were to fall, so would electricity prices. Besides, it is not so long since the biggest energy problem was how ample wind power in Germany would sometimes bring electricity prices below zero. We should not rule out those times coming back. Consider three things. First, the current scaled-up ambition for renewable energy generation. Second, the evidence that substitution and efficiency drives are both possible and are at present taking place. Third, the bizarre confluence of bad luck: on top of the war and Putin’s energy extortion, we have had weak wind last year, drought-depleted hydropower reservoirs this year, low water transport levels hindering coal barges in Germany, outages in French nuclear plants and fire damage to US gas liquefaction capacity. It is as if it had all been planned to happen at the same time.

But unlikely as it was for all these misfortunes to happen at once, it is even more unlikely that they should all persist together. If they largely return to normal, electricity supply rises and demand is curtailed by smarter consumer behaviour, the cost structure that drives current price extremes could work in reverse.

Put all these things together, and the one certainty is that governments will have to become and remain much more involved in shaping the structure of the energy economy. Not just in terms of fiscal support, but in terms of managing the consequences of extreme volatility. Encouraging investment may require ample guarantees if prices hit zero more often than expected. An inevitable quid pro quo will be heavier taxation of energy price windfalls. Throw in the need for greater grid investment and co-ordination between countries and the public and private sector in preparing for a shift to a renewables-based energy system, and the contours of an energy system permanently shaped by politics — and the other way round — become clear.

Helen Thompson’s observations of the energy structures driving the world’s political economy are must-reads. While I don’t always share her conclusions, the headline of her recent opinion piece in the FT nails it: “An energy reckoning looms for the west”. About time too.

The Lex Newsletter — Catch up with a letter from Lex’s centres around the world each Wednesday, and a review of the week’s best commentary every Friday. Sign up here

Unhedged — Robert Armstrong dissects the most important market trends and discusses how Wall Street’s best minds respond to them. Sign up here

Fight For US Dollar Hegemony Is A Lost Cause – Bitcoin Magazine