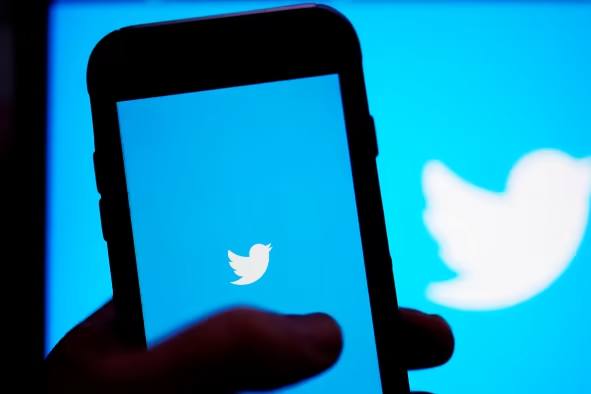 Good morning. A former Twitter security chief has claimed the social network misled US regulators over its cyber security defences and fake accounts, allegations that threaten to hamper the company’s legal effort to stop Elon Musk reneging on a $44bn buyout deal.

Peiter Zatko, known in cyber security circles as “Mudge”, was fired by Twitter at the beginning of this year. He was brought in by former chief executive Jack Dorsey in the wake of an embarrassing hack on the company in July 2020.

According to Whistleblower Aid, a non-profit legal group representing Zatko, Twitter’s former security lead last month filed a complaint to the US Securities and Exchange Commission, Department of Justice and Federal Trade Commission as well as members of Congress.

Zatko alleged that Twitter violated an agreement with the FTC regarding cyber security precautions and accused the company of deception around the detection and deletion of fake or spam accounts — including those that may have been used for foreign interference or misinformation.

The dispute over the prevalence of fake accounts on the network is at the heart of Musk’s attempt to cancel his deal to buy the company.

Earlier this week, Musk subpoenaed Dorsey for his communications with Twitter’s executives regarding the prevalence of fake or bot accounts on the platform.

Which side do you think will win the legal battle? Tell us in our poll. Thank you for reading FirstFT Asia — Emily

1. Intel partners with Brookfield to fund chip factory expansion Intel has partnered with Brookfield Infrastructure Partners to fund the development of a $30bn semiconductor fabrication plant in Arizona, following the approval of landmark semiconductor legislation in the US. The expansion is part of Intel’s effort to take back market share from groups such as Taiwan’s TSMC and South Korea’s Samsung.

2. Tiger Management founder dies Julian Robertson, the founder of Tiger Management and one of the most influential hedge fund managers of all time, has died at the age of 90. Robertson achieved heroic status both for his record at New York-based Tiger Management during the early days of the hedge fund industry and for the dynasty of hedge fund traders known as the “Tiger cubs” that he helped launch.

3. Malaysia’s ex-PM fails in final bid to avoid jail over 1MDB scandal Malaysia’s highest court yesterday upheld Najib Razak’s conviction on seven counts of abuse of power, money laundering and criminal breach of trust. Najib, who had been out on bail and remained a member of parliament for Malaysia’s governing United Malays National Organisation, was taken into custody immediately after the ruling.

5. Almost half of Europe remains under drought conditions An EU agency has said that nearly half of the EU is experiencing drought conditions, with the weather set to remain hotter and drier until November. This will compound fears about crop shortages and energy supply in a continent already hit by a significant reduction in gas flows from Russia.

Six months of war Today marks six months since the invasion of Ukraine, a sombre occasion occurring on the same date as the country’s independence day — and only two days after Russia’s national flag day celebrations.

Morrison throws Australia into a ‘mini constitutional crisis’ Shockwaves are travelling through the Australian political establishment after it was revealed that former prime minister Scott Morrison covertly appointed himself to jointly run five ministries without telling most of the officials involved. The flouting of convention has drawn comparisons to authoritarian governments around the world.

Revlon’s stock rally complicates its bankruptcy Revlon’s stock price had fallen to about $1 a share when the bankruptcy reorganisation kicked off two months ago but has since soared to more than $8, implying an overall market capitalisation of roughly $500mn. The wacky surge in its price appears to reflect the meme-stock phenomenon that has swept up the likes of AMC Entertainment, GameStop and most recently Bed Bath & Beyond.

What explains the surge in methane? Levels of the potent greenhouse gas — which has a warming impact 80 times greater than carbon dioxide — are growing at a record rate. Scientists are unsure of the cause and how to curb it. The implications for climate change are immense, putting “methane hunters” in a race against time.

Hyundai is catching up with Tesla in the global EV race When Elon Musk said Hyundai was “doing pretty well” in June, the South Korean carmaker appeared unlikely to pose a serious competitive threat to Tesla any time soon. But the latest sales figures and parallels with Apple and Samsung in the 2010s suggest the pace of change is quickening, writes June Yoon.

Betting on crypto to bust Big Tech power Silicon Valley venture capital firm Andreessen Horowitz is betting on cryptocurrencies to break up the excessive concentration of power held by a few Big Tech companies it played a prominent role in creating, the founder of Andreessen’s crypto arm told the FT’s Tech Tonic podcast. Listen to the latest episode here.

Kenton Cool’s 16th ascent of Everest has confirmed the British climber as one of the world’s most successful high-altitude guides. But now, more than at any other time in a 20-year career, he’s questioning the sustainability of his passion and profession.