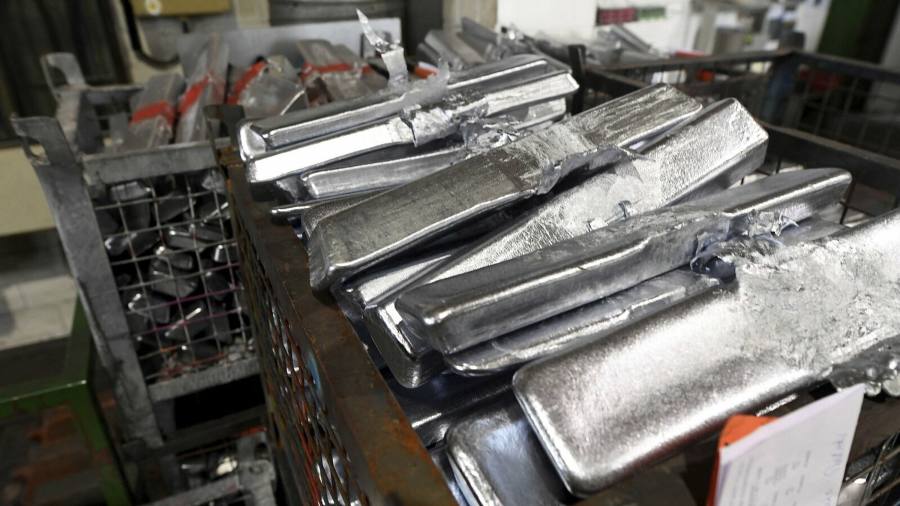 
A second smelter in Europe has been forced to halt production in as many days because of soaring energy bills, underlining the deepening fallout of the gas crisis for the region’s industry.

The Slovalco aluminium smelter in Slovakia, majority owned by Norsk Hydro, will close primary production by the end of September and affect 300 full-time jobs. The shutdown follows a similar decision a day earlier to cease output at a zinc smelter in the Netherlands.

Smelting ore to produce metal is one of the industrial processes most reliant on energy, the cost of which has rocketed.

A wave of production curtailments and more recent closures in Europe highlight the pressure that heavy industry faces from gas prices that have soared to all-time highs and have hit 13 times their average of the previous decade after Russia throttled supplies to the continent.

Slovalco, which has an annual capacity to produce 175,000 tonnes of aluminium, said that Slovakia had failed to compensate it for carbon emissions by energy-intensive industry under the EU system, meaning it would incur “substantial financial losses” if operations continued beyond this year.

Ola Sæter, head of Norsk Hydro’s primary production, said that Slovalco was a “well run and modern” plant but added that he regretted that “it has not been possible to secure continued operation of the primary production at the plant”.

The smelter, like many in Europe, was operating below capacity before the closure was announced.

“The closure of the Slovalco facility reflects growing strains on European smelters amid higher energy costs,” said analysts at JPMorgan.

In a separate announcement, Norsk Hydro said a strike at its Sunndal aluminium smelter in Norway, Europe’s largest such facility, would result in 20 per cent of capacity being idled for four weeks from Monday.

Many commodities remain depressed because of concerns about the impact of a recession on demand. Metal analysts, however, have been more bullish on zinc, aluminium and copper because of the supply squeeze from European smelter shutdowns.

Inventories of all three metals at warehouses have slumped compared with a year ago as traders draw down on stockpiles because of lower supply from smelters.

Aluminium for delivery in three months on the London Metal Exchange rose 1 per cent on Wednesday to $2,421 per tonne, while zinc eased off after gains a day earlier.

Global base metals supply is coming under further pressure from a searing heatwave in China’s Sichuan province that has led to authorities prioritising energy supplies to households, with smelters reducing production as a result.