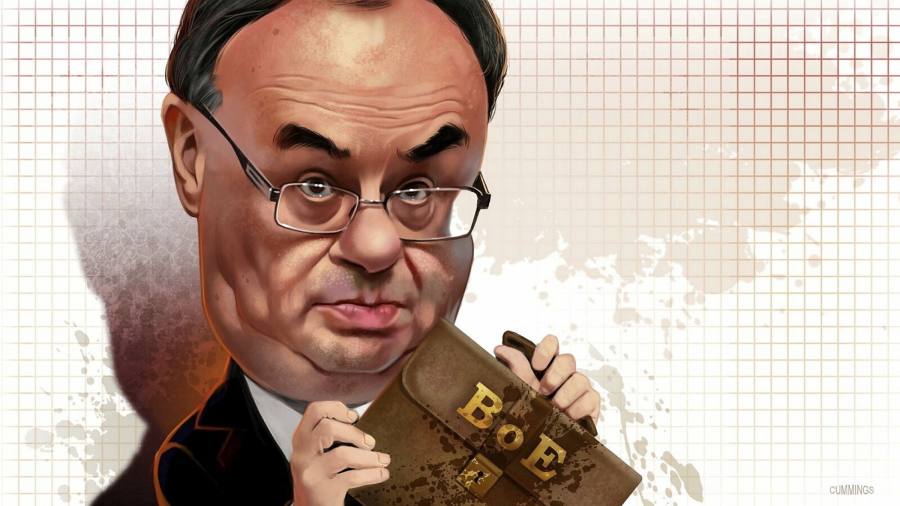 
No one can deny that Andrew Bailey had a difficult first week as governor of the Bank of England. Appointed in December 2019, he took charge on March 16 the following year to be faced immediately with the explosion of coronavirus cases, a sterling crisis and the UK government moving towards lockdown.

Taking dramatic action to quell the immediate difficulties, Bailey earned praise for steering the economy successfully through the darkest early days of Covid-19, while remaining resolute and calm. Almost two-and-a-half years on, the plaudits have turned to brickbats and the governor is taking flak for the perilous state of the UK economy.

In the past 10 days, inflation has moved into double digit territory for the first time in 40 years, hitting 10.1 per cent in July, five times the BoE’s 2 per cent target for inflation. Rapid price rises are coming at a time when the UK economy has started to contract with the central bank expecting a full-blown recession to start in the autumn and last for more than a year. Real wages fell at their sharpest rate on record in the second quarter of 2022 and consumer confidence is at its lowest level in almost 50 years.

Without a functioning government, the economic crisis is coming home to roost at the BoE. Tabloid newspapers have turned on the Leicester-born Bailey, 63, who held a number of more junior roles at the Bank between 1985 and 2011. He has been described as the “plank of England” and the “banker who’s running out of credit”, while politicians see a man who is down and deserves another kick.

Liz Truss, the frontrunner to be the next prime minister, has called for a review of the BoE and its mandate, while her allies point the finger of blame squarely at Bailey. Kwasi Kwarteng, the business secretary and favourite to become the next chancellor if Truss wins, told the BBC this month that with inflation in double digits, “we need to look at what went wrong”.

Truss’s allies have even negatively recast Bailey’s sometimes lugubrious style. While Bailey has always revelled in his “sexy tortoise” nickname, keeping a knitted tortoise that sits on his desk, her team has let it be known they think Bailey is “aloof”. With so much incoming fire, Bailey has had to state publicly that he intends to see out the remainder of his eight-year term as governor.

Amid the turmoil and terrible economic data, the BoE has stayed silent. Accounts from those that have met senior officials recently say there is much frustration in Threadneedle Street, partly because circumstances are so difficult and partly because they do not feel they deserve criticism.

On the economy, for example, the BoE feels it has been more honest than many central banks in laying out how bad things are likely to get over the winter. Without quite saying he wanted a UK recession to get inflation down, Bailey was clear that the country could not avoid the coming suffering that was partly due to higher borrowing costs. “I recognise the significant impact this will have, and how difficult the cost of living challenge will continue to be for many people in the United Kingdom. Inflation hits the least well off hardest. But if we don’t act now to prevent inflation becoming persistent, the consequences later will be worse and will require larger increases in interest rates,” he said.

But any credit Bailey hoped to earn from straight-talking has been diluted over the past year by a series of gaffes undermining the message. This started in October last year when, despite strong hints about imminent interest rate rises, the Monetary Policy Committee did not follow through in November, earning the BoE a reputation for being all talk and no action.

When it did take action on rates, Bailey told workers not to ask for pay rises, in words that appeared to absolve the BoE of responsibility for controlling inflation. Then, when speaking to MPs at a parliamentary committee hearing, he talked about “apocalyptic” food price increases (insiders say this was an aside and the governor never intended to make headlines). Most recently, he appeared out of touch when he dismissed any suggestion that the BoE might have made errors in monetary policy and inflation control.

These foot-in-mouth moments contrast with reports from insiders at the central bank. They say it is working better with a more collegiate culture and a greater tolerance of dissent than under Mark Carney, Bailey’s immediate predecessor.

Bailey’s staff hopes that the governor’s current troubles begin to ease as a new Conservative prime minister takes over in September and the focus for public anger at the state of the economy once again moves west across London towards Downing Street. It is the government that has responsibility for deciding whether and how to compensate people for energy bills that could rise by more than 75 per cent in October. And once inflation peaks, the BoE will find it much easier to credibly promise it will meet the 2 per cent inflation target.

Bailey has faced deep political troubles before as head of the Financial Conduct Authority and pulled through, bruised but unbowed. The BoE hopes he can pull off the same trick again.