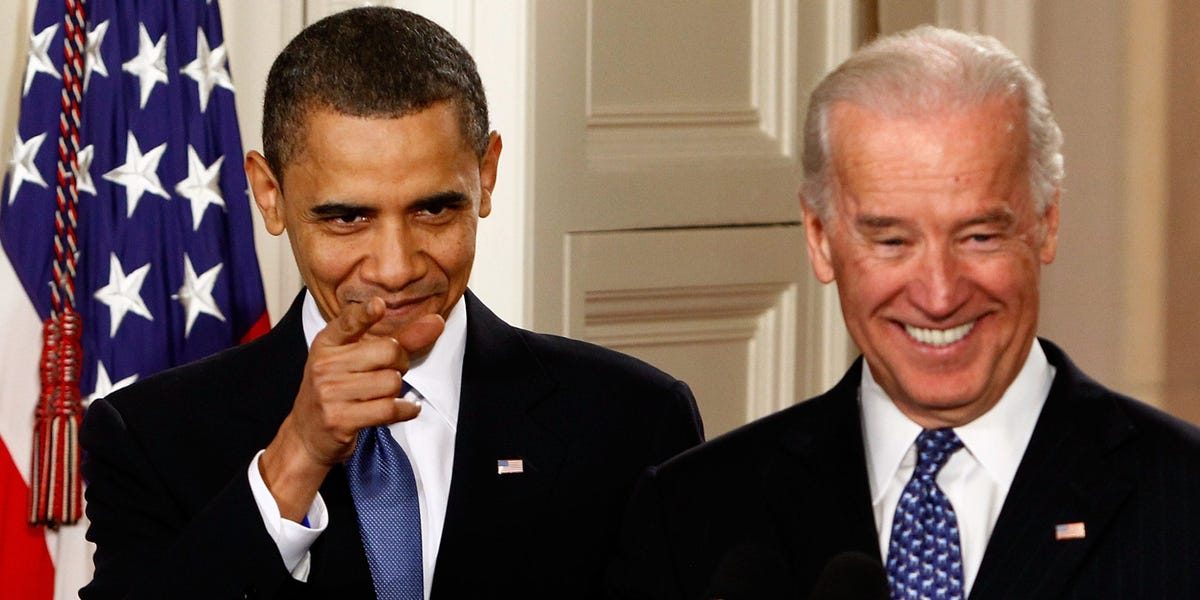 Earlier on Tuesday, Biden signed the Democrats’ massive climate and spending bill into law, marking a decided victory for the president and his party after months of back and forth among lawmakers.

The new law will empower Medicare to negotiate some prescription drug prices and extend financial assistance so a larger swath of Americans can extend their health coverage under the Affordable Care Act. The bill also amounts to the largest federal effort to fight the climate crisis in US history, establishing $370 billion in clean-energy tax credits to incentivize renewable power sources and setting a course to cut emissions by 40% by the end of the decade.

After signing the bill into law, Biden tweeted about its passage. Soon after, Obama quote-tweeted Biden’s announcement with some online lingo to commemorate the historic moment.

“This is a BFD,” the former president tweeted, using an acronym that stands for “big freaking deal,” in more polite settings.

Obama’s accolades prompted Biden to get in on the internet fun with his former superior, reviving an Obama-era meme in the process.

“Thanks, Obama,” Biden tweeted in response.

The phrase came into popularity during Obama’s presidency, both as a serious and sarcastic regard to the former president’s work. Obama himself was even known to poke fun at his critics by using the phrase.

Sheryl Sandberg Gets Meta Bodyguards Due to ‘Threats to Her Safety’

Dan Wieden, Advertising Icon Behind Nike’s ‘Just Do It,’ Has Died

Woman Sues Hertz After Being Accused of Stealing a Rental…