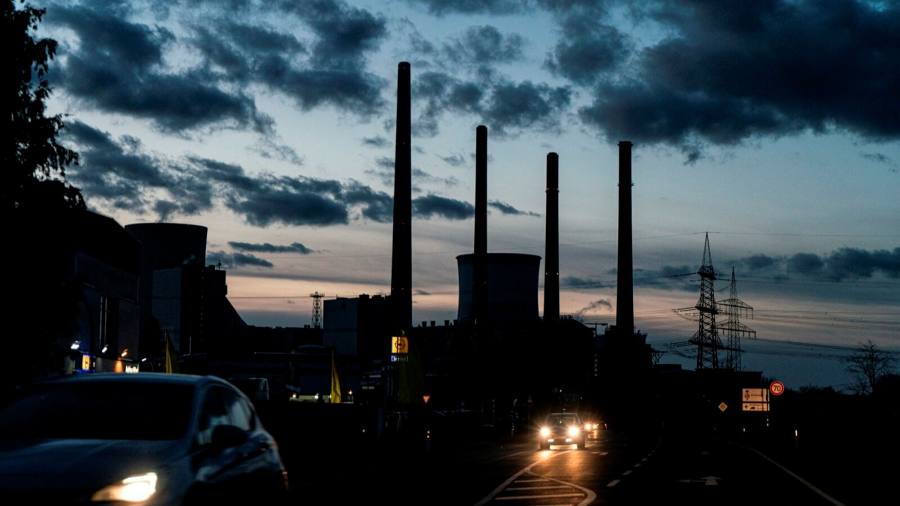 
German energy company Uniper has been forced by its government to drop a lawsuit against the Netherlands over the proposed closure of coal power plants, highlighting the tensions over a treaty protecting fossil fuel projects.

Uniper was among five groups that launched cases against four European governments for almost €4bn over the stymying of coal, oil and gas projects under the Energy Charter Treaty, which covers more than 50 countries.

The company experienced financial difficulties as a result of the energy crisis, however, and had to abandon its claim over the early closure of its plants in the Netherland by 2030 as part of the terms of its bail out by the German government last month.

Uniper chief executive Klaus-Dieter Maubach said the company had resisted dropping the case “because we felt that we should not give up”. “This was clearly a condition that the German government has imposed on us . . . They were insisting,” he said.

German utility RWE said last week it would not follow Uniper in dropping the case it launched under the ECT against the Netherlands.

“We are striving for amicable talks with the Dutch government on the topic of phasing out coal, but above all also the use of the remaining capacity,” said chief executive Markus Krebber. “The goal is a mutually agreeable solution.”

The energy crisis has highlighted Europe’s precarious dependence on fossil fuels and the need to shift to renewable energy. But many coal, oil and gas projects are protected by the ECT, which was conceived in the 1990s to encourage cross-border co-operation in the energy sector.

Critics, including some leading EU government officials, have said the treaty deters countries from tackling climate change by introducing fossil fuel phaseout policies, given the risk of litigation. Signatories have been in talks to overhaul it since 2018, but the process has been rife with disagreement.

In June, an agreement in principle was reached on the treaty’s “modernisation”. But the updated text, yet to be ratified, would continue to protect fossil fuel investments in the EU and UK for 10 years from when it comes into force, and would protect new such investments made before August 2023.

This has provoked concerns about a surge in further legal claims before the protections for coal, oil or gas investments in the EU and UK are phased out.

Case numbers could be expected to rise, “possibly sharply”, in the coming years, said Lukas Schaugg, a legal analyst at the International Institute for Sustainable Development. The biggest risk was that the revised treaty “might relate to the prolonged protection of existing, rather than future, investments,” he said.

Investors might see the new August 2023 deadline as “an opportunity to push through fossil fuel projects more rapidly to get in under the 10-year protection window,” said Rachel Thrasher, a researcher at the Boston University Global Development Policy Center.

The wind-down of fossil fuel protections is optional, and countries beyond the UK and EU are not expected to opt in.

The treaty revisions also introduce protections for other types of environmentally controversial investments, such as hydrogen and biomass fuel projects.

Some law firms have been actively promoting the prospect of legal claims to their energy clients. Climate change litigation was “an opportunity . . . for companies exposed to certain climate-related government measures to vindicate their rights,” wrote the law firm Jones Day in a note earlier this year.

Companies “should audit their corporate structure and change it, if needed, to ensure they are protected by an investment treaty,” the firm advised.

Concerns have frequently been raised about the secrecy of the treaty, since the existence and funders of cases can be difficult to establish. The ECT agreement in principle includes a new requirement for the disclosure of third party information, though it is not specific about how detailed it would need to be.

The proposal must be ratified by three quarters of the parties in order to come into force, a high bar that analysts said could take years to reach.

Yamina Saheb, formerly at the ECT secretariat and now at the Parisian Institute of Political Sciences, said the treaty revisions were “not compatible with the Paris Agreement or EU climate neutrality targets. The EU must start phasing out fossil fuels today.”

Oil and stocks decline after weaker than expected economic data