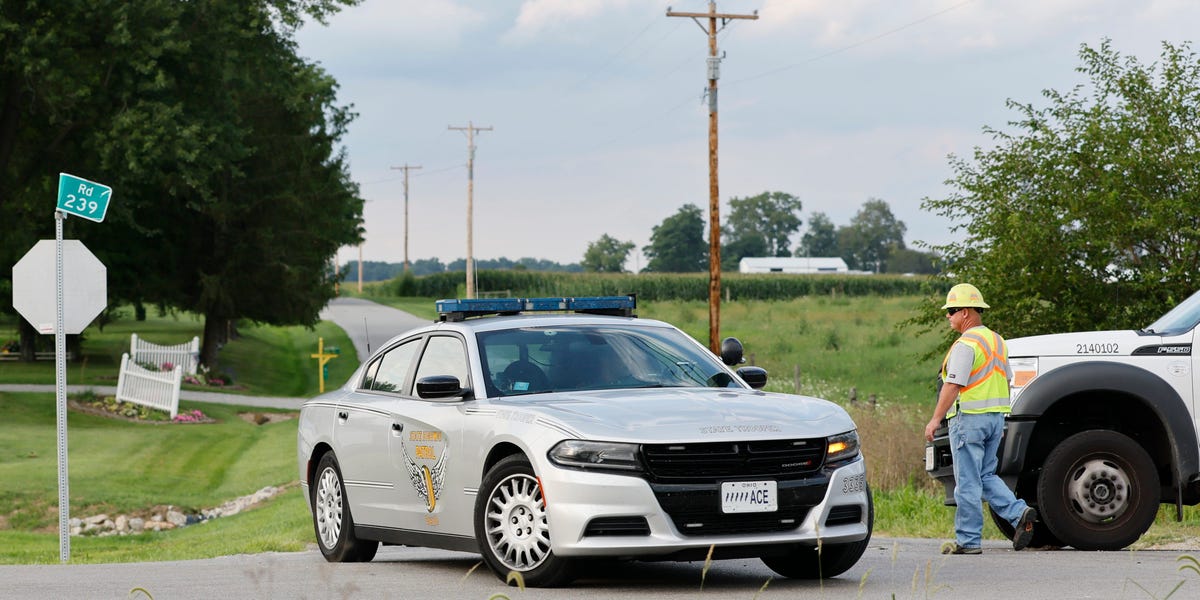 
An extremism researcher says the gunman who tried to breach an Ohio FBI field office was inspired by far-right groups and rhetoric who push conspiracy theories that can get those who ascribe to their beliefs killed.

Jon Lewis, a research fellow at the Program on Extremism at George Washington University, told Insider that the gunman’s actions were, unfortunately, not surprising.

“They’re picking up guns and they’re going to FBI field offices and I think that that should be a massive concern,” he said.

Ricky Shiffer who attempted to breach the FBI Cincinnati office on Thursday with an AR-15-style assault rifle had been following and engaging with right-wing online platforms which encouraged him to act violently.

Lewis pointed to Shiffer’s actions as an example of what researchers in this field call stochastic terrorism; terrorism that’s statistically predictable but individually unpredictable. An example is the GOP’s calls to destroy and defund the FBI.

On Thursday, after Shiffer tried to attack the field office, he took law enforcement on a car chase where he was fatally shot after raising a gun.

During the attack, Shiffer posted on former President Donald Trump’s Truth Social network saying “Well, I thought I had a way through bullet proof glass, and I didn’t. If you don’t hear from me, it is true I tried attacking the F.B.I., and it’ll mean either I was taken off the internet, the F.B.I. got me, or they sent the regular cops while,” the account @RickyWShifferJr wrote at 9:29 a.m. ET, according to NBC News. The account no longer exists on the platform.

In response to the raid at Trump’s home in Mar-a-Lago to seize classified documents, one of Shiffer’s posts encouraged people to “kill the FBI on sight and be ready to take down other active enemies of the people and those who try to prevent you from doing it.”

“You really can’t disconnect rhetoric online, in the halls of Congress, on cable news, from individuals who hear that and are willing to go engage in violence on behalf of that rhetoric,” Lewis told Insider. “This is a really good example of someone who is now dead as a direct result of these conspiracies. I can’t make that point clearly enough.”

Lewis said these attacks are likely to continue to come from individuals like Shiffer.

It’s not clear whether Shiffer was directly connected to any extremist groups, but authorities are looking into his ties to the Proud Boys after he tweeted, “Save ammunition, get in touch with the Proud Boys and learn how they did it in the Revolutionary War, because submitting to tyranny while lawfully protesting was never the American way.”

The 42-year-old ex-Navy vet was known to the FBI after they learned he had been at the Capitol riot on Jan. 6, 2021, according to The New York Times. Officers tried to locate him but concluded the information they gathered did not contain a specific and credible threat.

Calls from the far-right for a civil war have been increasing since the FBI executed a search at Mar-a-Lago looking for classified documents former President Donald Trump removed from the White House.

Lewis said while this messaging isn’t new, there is a small but growing subset of individuals in the US who want to see violence occur, regardless if the outcome is a civil war or not.