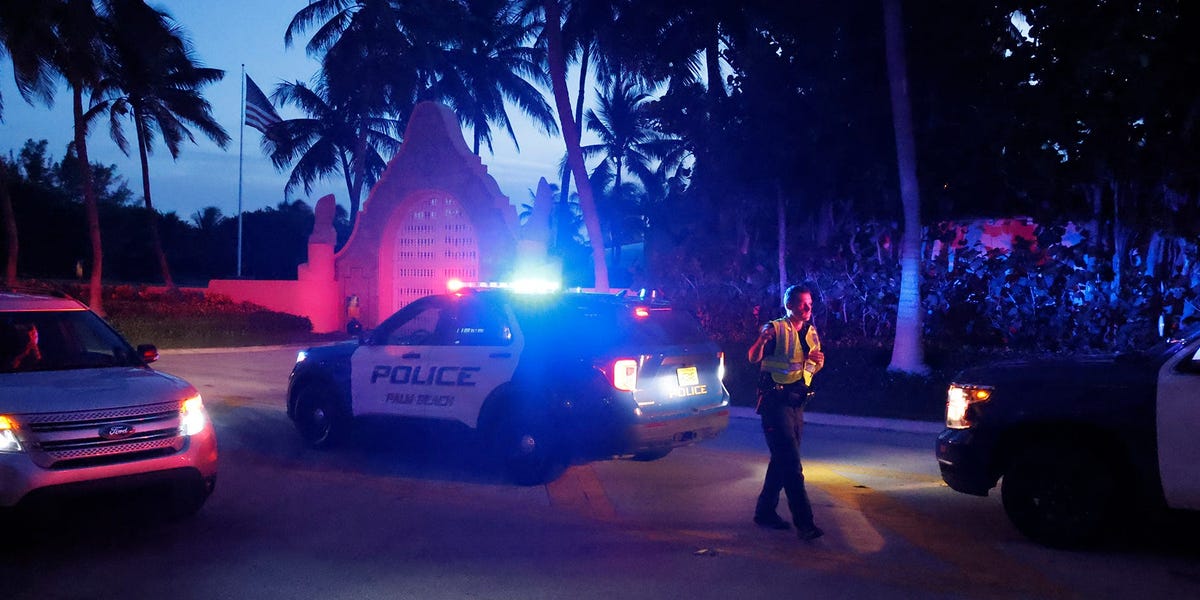 
The FBI raid on former President Donald Trump’s Mar-a-Lago home puts Trump at the center of the 2022 midterm elections debates, ensuring voters will hear about his legal problems from now until November.

Republican and right-wing groups are already using the raid for fundraising and calling for defunding the FBI while House Minority Leader Kevin McCarthy pledged to investigate the Justice Department and Attorney General Merrick Garland if Republicans take back the House.

Democrats say the FBI’s reported search for classified materials that Trump allegedly brought to his home from the White House will serve as yet another reminder for voters of the ex-president’s scandals and massive legal problems.

“This raises the stakes in the midterms as people see how dangerous the GOP has become,” said Jesse Ferguson, a Democratic strategist. “This isn’t about political advantage for one party or the other, it’s a reminder of what happens if a lawless president is allowed to take power, aided, and abetted by MAGA Republicans in Congress.”

For those who have drunk the Kool-Aid, he said, the raid is another opportunity to bash the “establishment” in DC, “further strengthening Trump’s control over that wing of the party,” he said.

But given the hearings over Trump’s role in the January 6 insurrection and now this, Republicans who were on the fence with Trump’s “antics” now have “another reminder of his inappropriate behavior,” Hoagland said, predicting it would further divide Republicans and benefit Democrats during the midterm elections.

‘A load of political crap’

Republicans seem to be placing the opposite bet: That the raid will energize voters.

The Republican National Committee dubbed the raid an “abuse of power,” with RNC Chairwoman Ronna McDaniel saying the only way to stop it is to elect Republicans. GOP Sen. Marsha Blackburn of Tennessee warned on Fox News that if the FBI can do this to Trump, “they can do it to you.”

Republicans “across the board” are viewing this as an abuse of power, which only energizes them to vote, said Ron Bonjean, a former spokesperson for Republican leaders in the House and Senate.

“It’s highly unlikely the raid detracts from suburban voter enthusiasm choosing the GOP because they are [more] motivated by inflation and the high cost of living than what’s going on with Trump,” he said.

Most voters will base their decisions on issues that directly affect their lives and Democratic performance since January 2021, said Eric Schultz, deputy White House press secretary during the Obama administration.

But Republicans hoping to distract from Democratic wins in recent weeks could go too far, given that part of President Joe Biden’s victory was due to “the electorate’s exhaustion with Trump’s recklessness,” he said.

“I don’t think most people want to return to a time when the country was on edge at all times given his no-holds-barred approach to being in office,” Schultz said. “Voters are getting a vivid reminder of what that would feel like should Republicans win in November.”

The midterms won’t be decided by the Trump investigation, said Josh Schwerin, a former spokesperson for the Democratic Congressional Campaign Committee and Hillary Clinton. “But it does serve as a reminder to the millions of people who wanted to be done with Trump’s scandals that the Republican Party is in lockstep behind him and the country will continue to be dragged through his chaotic messes if Republicans gain power,” he said.

He also retweeted McCarthy’s pledge to investigate DOJ and mocked him, writing: “Remember, November is not about governing, it’s about retribution. #vote”

In an odd twist, the raid prompted calls among the GOP’s far-right wing for the FBI to be destroyed and defunded after House Republicans just last year tried to fight progressive’s push to defund the police with a “Back the Blue Act.”

“The party that was once about law and order has been taken over by criminality, cover-ups, and defunding the FBI,” Ferguson said.

Douglas Heye, former RNC communications director, said Republicans should be concerned that “defund the police” comments from the “more extreme Republican members takes away from the anti-crime message that had benefited them and also threatens to distract from inflation, which is hurting Democrats.”

These responses are emerging, even before all the details are known about the cause of the search. Bonjean said more transparency is needed into why this move from the FBI was necessary.

“Without any insight into this investigation, the raid allows Trump and his allies to frame it as a hit job by the Biden Administration in order to keep him from running again,” he said.

“I have no idea what’s going on here, nor do Republicans,” he said. “And yet they’ve decided to go all in with Trump, and that doesn’t bode well for not only the nation as a whole but also for Congress over the next two years.”