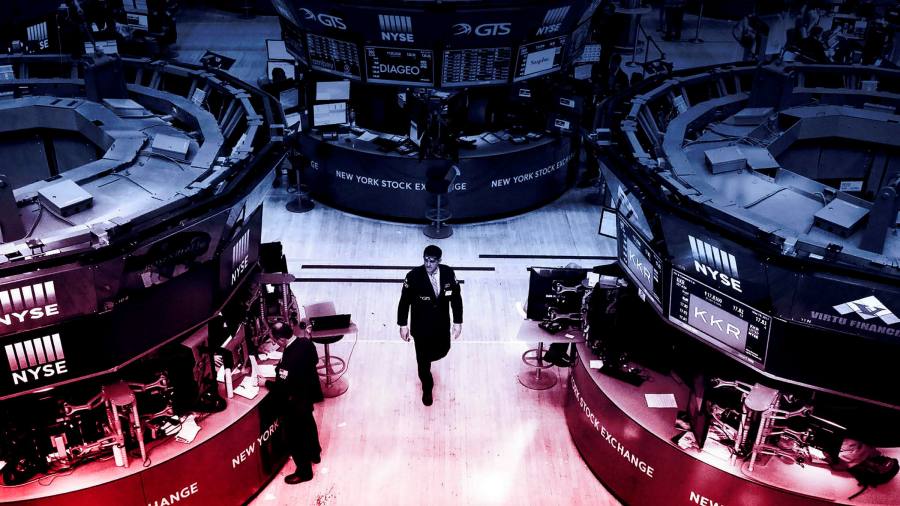 Good morning. It’s Katie here again, taking my turn to fill in for Rob while he’s sipping piña coladas in his favourite Birkenstocks.

Last week I said readers could say hi at katie.martin@ft.com. I didn’t honestly expect you to do it. It made a really nice change from the crypto headbangers firing off all-caps emails instructing me to have fun staying poor. You have been generous with your thoughts on ways to wind up Rob in his absence, with several of you urging me to extol the manifold benefits of ESG. Please do keep in touch with me and/or with Ethan at ethan.wu@ft.com. Rob’s email is still open if you’d like to send him any ESG press releases.

It’s understandable that a market highly conditioned to central bank support might find it hard to move on. But seriously, it is time to put the “Fed pivot” idea to bed. It’s over. Finished. Jay Powell is not here to save your portfolio from disaster, even if you live and breathe strong tech stocks and a weak dollar. (Hi, SoftBank.)

To recap, some investors thought they spotted a Federal Reserve wobble in the middle of last month — half a hint that maybe the central bank might dial down the inflation-fighting interest rate rises. Fed speakers were quick to respond, emerging one after the other to tell markets they had got this wrong, and that hopes/expectations for rate cuts as soon as the start of next year were premature.

But the final, devastating blow came on Friday, with a monster non-farm payrolls report.

“Hands up how many of you had 528K down as your US payrolls guess?” asked Michael Every, a strategist at Rabobank in a note this week. The answer: “Nobody, because the Bloomberg survey low was 50K and the high 325K.” Yes, yes, Covid distortions. Also yes, revisions. But still, “in short, the illusion of a Fed dovish pivot is dispelled”. He suggests adding the Fed pivot, alongside the long-lost promise of “transitory” inflation, to the dustbin of recent market history.

Cue a ramp-up in bets for yet another 75 basis point increase in September and some pretty extraordinary moves in the debt markets. Stocks were pretty calm, but a 21bp rise in the two-year yield is a big deal.

Is there anything that could turn this supertanker around? Goldman Sachs’ Jan Hatzius thinks Fed rate increases could shrink from 75bp per meeting to a relatively modest half-point-a-pop, if we get a pullback in inflation. From his latest note:

The most immediate reason to expect disinflation is the nearly 20 per cent decline in retail gasoline prices since mid-June, which still has further to run. By itself, this decline should take at least 1pp off the headline CPI level in the next 2-3 months.

Perhaps more importantly, the improvement in supplier delivery times and other supply chain measures is increasingly feeding into slower PPI inflation and should soon show up in the core goods CPI as well. However, we remain concerned about shelter and other service prices . . . All told, we expect a large slowdown from the outsized prints of the past two months, but it will probably take until early next year before sequential inflation slows sufficiently to persuade the Fed to stop hiking.

All of this draws me neatly on to a new paper from Ricardo Reis at the London School of Economics titled “The Burst of High Inflation in 2021-22: How and Why Did We Get Here?” Give it a read.

The short answer to what went wrong is that policymakers had “some bad luck and some mistakes”. The very slightly longer answer is fourfold:

It is early to be writing the history books on this episode and drawing conclusions from it on how policy should evolve, as the paper acknowledges. But Reis also suggests that policymakers should get back to basics, shouting more loudly about inflation risks and acting “vigorously” when they appear, even if that means activity slows.

James Guppy, an investment analyst at the UK’s Pension Protection Fund got in touch to say a hiking-till-it-hurts approach “is a bit like using dynamite to get a fish supper. It will work but the collateral damage will be very real.” Tweaks to mandates may be needed, he suggested, maybe by breaking down inflation into the bits that monetary policy can and cannot affect. Is there really anything central bankers can do about energy prices?

But who gets to make those mandate tweaks, and towards what goal? The UK, with the Conservative party leadership “race” now torturously creeping towards its incredibly predictable conclusion, could be the test case here, as leading candidate Liz Truss has spoken in loose terms of a need to change the Bank of England’s role.

“I want to change the Bank of England’s mandate to make sure in the future it matches some of the most effective central banks in the world at controlling inflation,” she said. Cryptic stuff.

Any suggestions? What would a serious discussion of a new BoE mandate do to sterling and other UK asset prices? Send us your guesses.

Cryptofinance — Scott Chipolina filters out the noise of the global cryptocurrency industry. Sign up here