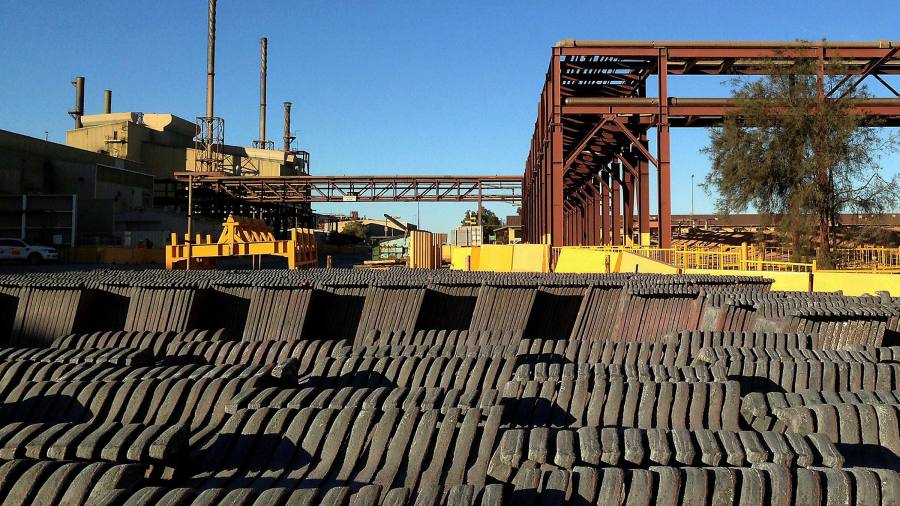 
The world depends on vast skeins of copper wire in its faltering transition away from hydrocarbons. Curiously, there are precious few dedicated miners of the red metal. Even fewer operate in politically stable countries. Oz Minerals of Australia is one. Cue an A$8.4bn ($5.8bn) cash bid from BHP.

The Oz board batted away the price as opportunistic, refusing to even discuss the idea with its much larger suitor. Oz’s shareholders should ask why not.

BHP has offered A$25 per share, a decent 24 per cent premium to the undisturbed three-month average. That would give Oz an enterprise value 8.5 times forecast ebitda for 2023, a fifth above the five-year average. Chile’s Antofagasta trades at half that multiple.

BHP’s timing is canny. Copper provides more than a fifth of group operating profit, second to iron ore. In less than four months the metal’s value has plummeted 26 per cent in price to $3.35 per pound. Oz’s copper mines, including its expanding Carrapateena project, are in South Australia. That is not too far by Aussie standards from BHP’s Olympic Dam and Oak Dam mines.

Wealthy neighbours can easily appear high-handed. For BHP, this would be a mere bolt-on purchase. But the deal would reduce risk for Oz investors. Both companies are digging deep for higher-grade copper. This is expensive. Even after completing an expansion, Oz should dig out about 200,000 tonnes of copper. BHP produces more than seven times that.

Oz will need a strong copper price given its investment needs. Analysts forecast the miner’s negative free cash flow will average A$142mn annually through 2024. That is not so small when operating profits are half a billion.

As a primarily Australian business, BHP should pass muster in the eyes of Australia’s Foreign Investment Review Board. Oz has assets near the Woomera military facility, as JPMorgan points out.

This takes its name from a spear thrower, a sometime weapon of war. The board of Oz would be wise to make its peace with BHP.

City Bulletin is a daily City of London briefing delivered directly to your inbox as the market opens. Click here to receive it five days a week