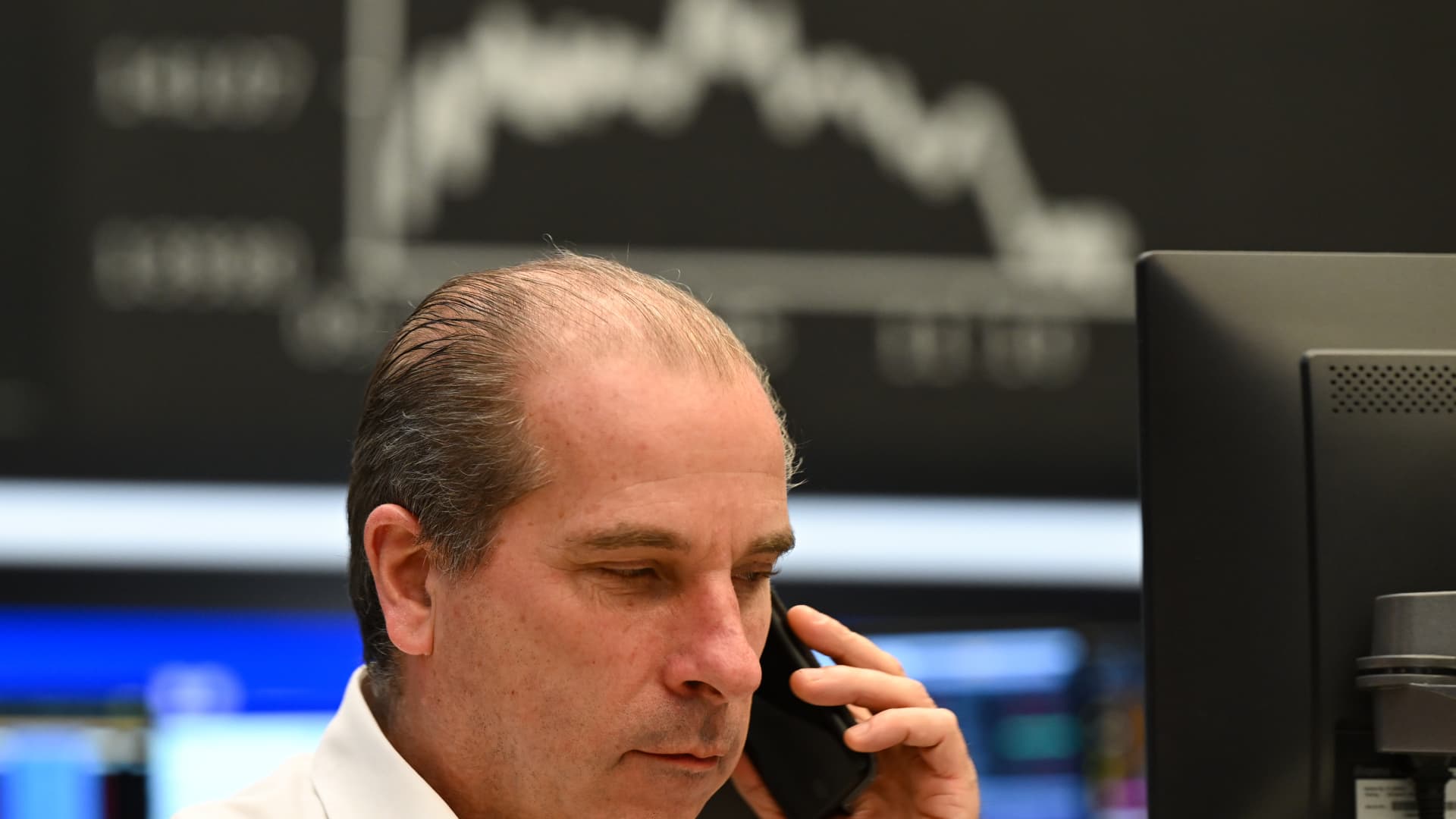 The pan-European Stoxx 600 was down 0.5% by mid-afternoon, shortly after the release from the Bureau of Labor Statistics. Tech stocks fell 1.1% while telecoms gained 0.9%.

Nonfarm payrolls stateside increased by 528,000 in July, well above the 258,000 projected by Dow Jones estimates and defying signs that the economic recovery is fading.

The show of strength will be interpreted by investors as increasing the likelihood that the U.S. Federal Reserve will act more aggressively to bring down inflation, since the risk of such action tipping the economy into recession is diminished.

Markets have endured a cautious week as investors reacted to a slew of corporate earnings. The European blue chip index closed the previous session fractionally above the flatline.

The Bank of England on Thursday hiked interest rates by 50 basis points while forecasting U.K. inflation to peak above 13% in October and the economy to enter a prolonged recession in the fourth quarter.

Stock futures stateside slid more than 100 points after the jobs report as Wall Street looks to eke out modest gains for the week.

Earnings continued to drive individual share price movement in Europe. Allianz, Deutsche Post, the London Stock Exchange Group and WPP were among the companies reporting before the bell on Friday.

At the bottom of the index, German automotive and arms manufacturer Rheinmetall fell more than 8% after cutting its forward guidance on defense orders.

WPP dropped more than 7% after the British advertising giant after its first-half results.

On the data front, French industrial output unexpectedly rose in June, posting a strong 1.4% monthly increase despite forecasts for a 0.2% contraction amid persistent supply chain problems and the energy crisis.

‘Grotesque greed’ — but are energy windfall taxes the answer?