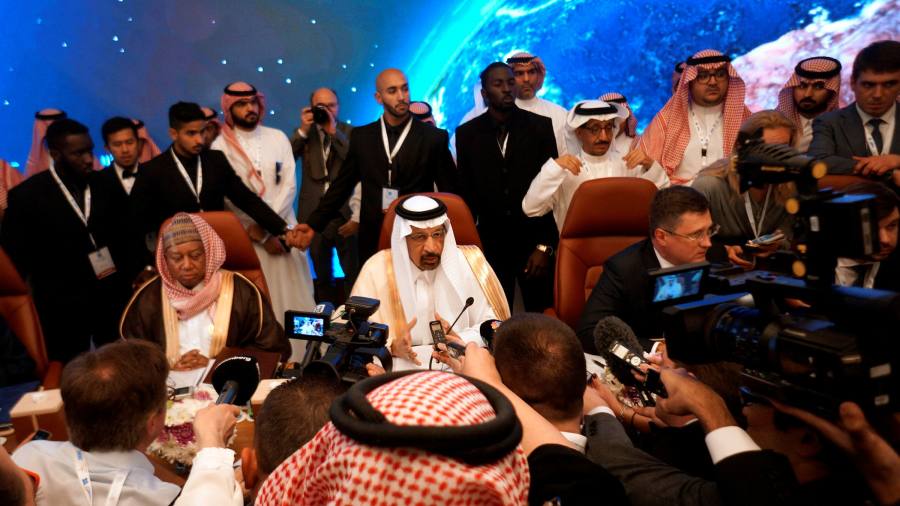 
Not so long ago, when oil prices rose, Saudi Arabia could be counted on to provide a decisive response. During the 2008 spike that pushed oil to $147 per barrel, for example, Riyadh’s oil ministry formed a team to protect consumers — and the kingdom — from high prices.

As Ibrahim AlMuhanna explains in Oil Leaders, “They accepted their mission because they believed that high and uncontrolled oil prices were not good for Saudi Arabia, especially in the long term.”

That now seems to have changed. As oil prices touched $120 per barrel this summer, Saudi Arabia and its fellow members of the Opec cartel were acting as if “tough love”, rather than more oil, was the proper response.

Just how much of a break this is with past policy is one of the insights of AlMuhanna’s memoir, which draws on his long career as an adviser at the Saudi oil ministry. The result, a fascinating insider’s view of half a century of Saudi oil market leadership, is a rare look inside the cloistered world of ministry deliberations that have global implications.

It is the Saudis, after all, who pull the strings in Opec — which observers have likened to managing a pirate ship — and, more importantly, control the largest bloc of spare oil-production capacity of any producer. The Saudi ministry works directly with the king and other top royals to balance oil income with geopolitical considerations.

Saudi Arabia’s actions, and words, can move the market. When the Saudis act, they and their cartel brethren can provide relief to stressed-out oil consumers. When they don’t, such as in the wake of the Russian invasion of Ukraine, oil consumers must take it upon themselves to find ways to cope with high prices, mostly by using less.

AlMuhanna’s clearest and probably unintended message is just how far the kingdom’s refusal to bring on spare capacity to calm rampaging prices has strayed from its formalised energy strategy dating back two decades.

That policy was neatly spelt out in 2012 by the then oil minister Ali Al-Naimi, who declared, in a commentary for the FT, that high prices were not just bad for consumers. “A period of prolonged high prices is bad for all oil-producing nations, including Saudi Arabia, and they are bad news for the energy industry more widely.” Put another way, high prices ultimately destroy demand — a truly alarming prospect for a supplier such as Saudi, which sits on an estimated 80 years of oil reserves at current rates of production.

Now, rather than deliberating a response to swinging prices, Opec’s meetings have become rubber-stamp sessions, clocking in at under 15 minutes. The nearly 10mn barrels a day of oil production taken offline in 2020 is being restored at a steady rate just under 500,000 barrels a day per month. Seemingly nothing can coax cartel leader Saudi Arabia to ramp up faster: not visits from US president Joe Biden or the UK prime minister, not pleas from the International Energy Agency.

AlMuhanna shows how different things used to be. While Opec — or now more accurately “Opec+”, which includes 10 additional members to the cartel’s core 13 — was never a paragon of discipline, at least the Saudis demonstrated flexibility. When prices were high, Opec’s job was “to help stabilize the oil market and to bring oil prices down”, writes AlMuhanna.

Such commentary is surprisingly frank for a Saudi author. The kingdom is exposed as a quota cheater, just like all the others. The only oil policymakers who emerge unscathed are Saudi royals.

American presidents are handled carefully, but it is not hard to read between the lines. Barack Obama’s disdain for the Saudis goes unmentioned, but the author notes that the US president got special assistance from Al-Naimi, “whose goal was to moderate oil prices in part to help President Obama win his second term election”. Donald Trump, meanwhile, is lauded for phone diplomacy that resolved the 2020 Opec price war and for being close to King Salman and Crown Prince Mohammed bin Salman, with whom he shared “similar opinions on many issues”

Biden gets credit only for acknowledging the importance of US-Saudi relations. The president’s energy secretary, Jennifer Granholm, does not get off so lightly. AlMuhanna writes that her initial meeting with oil minister Prince Abdulaziz focused on renewables and climate, ignoring the international oil market. In the context of US gasoline nudging $5 a gallon, this is a devastating revelation.

Still, AlMuhanna declares “no other country in the region is a better US ally than Saudi Arabia” — even if Riyadh’s fealty is not always reciprocated. A proposed “Nopec” bill would allow US courts to prosecute oil-market manipulation by sovereign governments. The former oil adviser is too polite to say that US shale producers’ free riding on Opec cuts makes them one of the cartel’s chief beneficiaries. Without Opec constraints on supply, prices would fall and shale could not compete.

“I do not understand what they want,” AlMuhanna states of Nopec advocates. “Have they studied the long-term impact of an unmanaged oil market on almost all aspects? I doubt it.”

The Saudi perspective is a useful reminder that even friendly countries see the world differently. Hugo Chávez and Vladimir Putin are portrayed in far more positive strokes than any western analyst, while Saudi overtures to Russia are given plenty of space.

AlMuhanna rightly notes that the rise of US shale had undermined Opec’s market power to the extent that enlarging the cartel was the only way to retain relevance. The onset of the Moscow-Riyadh leadership and the Opec+ cartel is treated as a truly momentous event, reshaping oil markets, streamlining decision making and sharpening quota enforcement.

While not a “tell-all” in the western sense, Oil Leaders is an interesting window into Saudi efforts to tame the whipsawing oil market. AlMuhanna’s take is a bit light on data, and leaves readers in the dark on the all-important issue of Saudi spare production capacity. But the adviser’s revelations of governance and diplomacy are gold dust, running far deeper than the 2016 memoirs of his former boss Al-Naimi. Such books are all too rare.

Save the date for Saturday, September 3 to listen to over 100 authors, scientists, politicians, chefs, artists and journalists at Kenwood House Gardens, London. Choose from 10 tents packed with ideas and inspiration and an array of perspectives, featuring everything from debates to tastings, performances and more. Book your pass at ft.com/ftwf