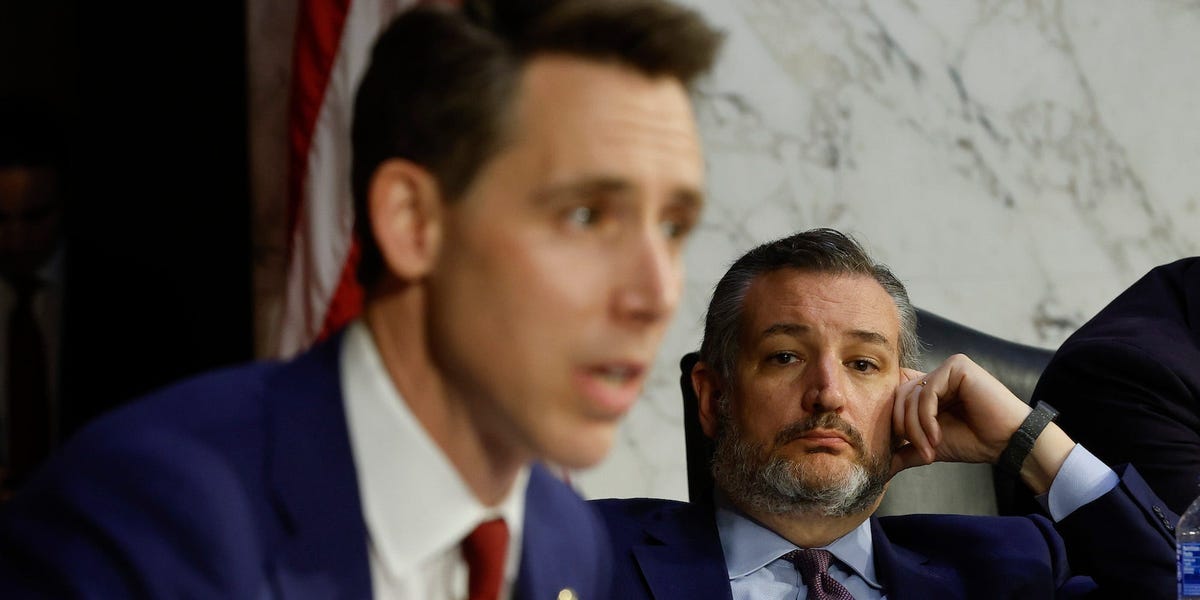 
Sen. Josh Hawley’s opposition to adding Finland and Sweden to NATO amid historic tensions with Russia over its invasion of Ukraine is leading even fellow Republicans to criticize his position.

In a recent op-ed that echoed former President Donald Trump’s “America First” approach to foreign policy, Hawley contended that enlarging NATO would spread the US too thin in terms of its security commitments in Europe. The Missouri Republican said that the US should instead prioritize challenging China.

“We must do less in Europe (and elsewhere) in order to prioritize China and Asia,” Hawley wrote. “Russia is still a threat, but the Chinese Communist Party is a far greater one.”

But Sen. Ted Cruz of Texas told Politico that Hawley was “mistaken.”

“We don’t beat China by retreating from the rest of the world. We beat China by standing with our allies against our enemies,” Cruz said.

Similarly, Sen. Marco Rubio of Florida wrote an op-ed that served as a direct refutation of Hawley’s stance on the matter. The op-ed was titled, “A stronger NATO allows America to focus on the threat of Communist China.”

“A strong and unified NATO is a powerful asset in the contest with Beijing,” Rubio wrote. “When Finland and Sweden join the alliance’s ranks and the free peoples of Europe become stronger than ever, more US resources will be available to focus on countering Communist China. If we do not rise to the challenge, it will be too late, and Americans will be held hostage by a totalitarian regime half a world away.”

The Senate on Wednesday approved a resolution to ratify NATO membership for Finland and Sweden in a vote of 95-1-1. Hawley was the lone “no” vote and Republican Sen. Rand Paul of Kentucky voted “present.”

Indeed, there’s strong support on both sides of the aisle for adding the Nordic countries to the alliance as the West continues to back Ukraine in its fight against the Russian invaders. Finland and Sweden have historically been neutral, or militarily non-aligned countries, and their move to join NATO stands as one of the most significant consequences of Russia’s military offensive in Ukraine.

In May, Senate Minority Leader Mitch McConnell said that Finland and Sweden would be “important additions to NATO.”

“I think the United States ought to be first in line to ratify the treaty for both these countries to join,” he said.

McConnell on Wednesday reiterated his support for enlarging NATO by adding Finland and Sweden, taking a veiled swipe at Hawley in the process. “If any senator is looking for a defensible excuse to vote no, I wish them good luck. This is a slam dunk for national security that deserves unanimous bipartisan support,” the Kentucky Republican said.

GOP Sen. Tom Cotton of Arkansas on Wednesday also appeared to offer indirect criticism of Hawley as senators debated the resolution on Sweden and Finland’s accession to NATO.

“It would be strange indeed for any senator who voted to allow Montenegro or North Macedonia into NATO to turn around and deny membership to Finland and Sweden. I would love to hear the defense of such a curious vote,” Cotton said. Hawley in 2019 voted to allow North Macedonia into NATO, which is seemingly what Cotton was alluding to in his remarks.

The schism between Hawley, a potential contender for the 2024 GOP presidential nomination, and his fellow Republicans on the matter may be indicative of Trump’s ongoing influence in the Republican party.

Trump was extremely critical of NATO during his time in the White House, often going after fellow members on the issue of defense spending and making misleading comments on how the alliance is funded in the process. Hawley also zeroed in on defense spending in his op-ed, writing, “It’s time for our European allies to do more. In particular, they must take primary responsibility for the conventional defense of Europe by investing more in their own militaries.”

Rubio countered this point in his op-ed, stating, “Finland and Sweden are strong, stable countries with a long history of security cooperation with NATO allies. They are committed to national defense and would more than live up to their NATO obligations. Finland already spends more than the required 2% of gross domestic product on its military, and Sweden is on a fast track to do the same. Both nations require military service of their citizens.”

Hawley has repeatedly been an outlier among Republicans in terms of his stance on how the US should approach Russia’s aggression toward Ukraine.

He was among a small group of Republicans who voted against a $40 billion aid package to Ukraine in May, for example, and also sparked controversy in February for suggesting the US should withdraw its support for Ukraine joining NATO. The White House accused Hawley of  “parroting the talking points of Russian propagandist leaders.” Russia firmly opposes the addition of Ukraine to NATO and has blamed the alliance, in part, for its unprovoked invasion of the former Soviet republic.

Hawley’s office did not offer a comment when contacted by Insider.