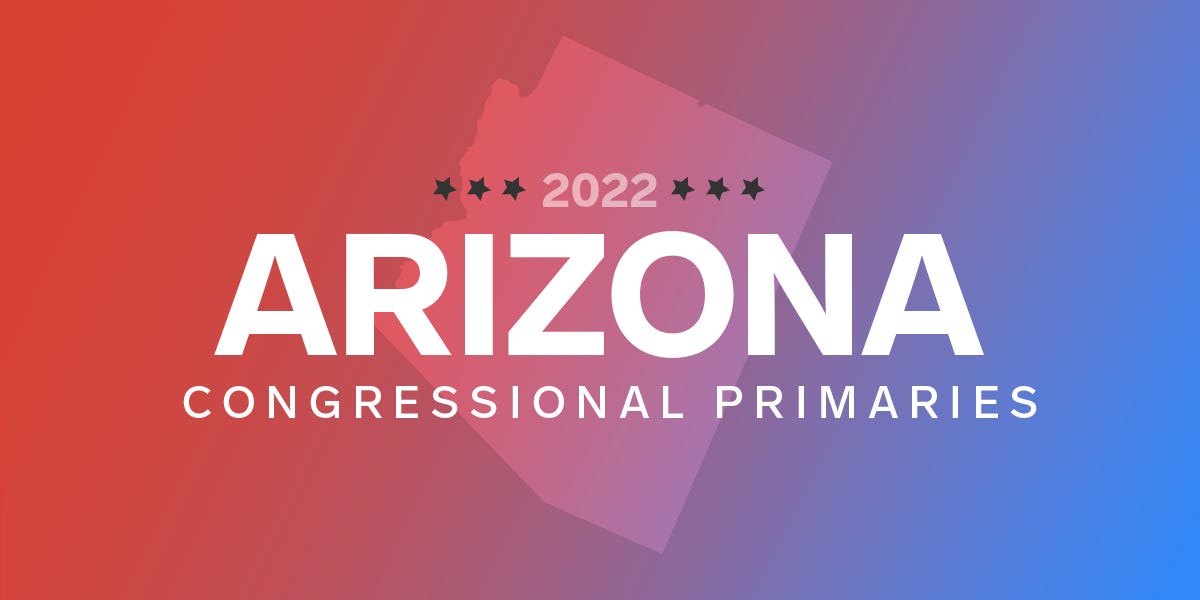 
Arizona is holding a highly-watched GOP Senate primary on Tuesday. Polls in the state closed at 7 p.m. local time and 10 p.m. ET.

Five Republicans are competing to take on Democratic Sen. Mark Kelly, who in 2020 defeated then-Republican Sen. Martha McSally in a special election to fill the remaining term of the late GOP Sen. John McCain.

Kelly, a former Navy pilot and NASA astronaut, is running unopposed for the Democratic nomination as he seeks a full six-year term this fall.

Brnovich had long been seen as a frontrunner in the race, especially after Washington Republicans were unable to convince two-term Gov. Doug Ducey to enter the race. Senate Minority Leader Mitch McConnell of Kentucky sought to recruit Ducey, but former President Donald Trump railed against a potential Ducey candidacy, incensed that the governor didn’t help him overturn now-President Joe Biden’s 2020 victory in Arizona.

Trump, for his part, declined to back Brnovich’s campaign, calling him a “disappointment.”

Instead, the former president endorsed Masters, a protégé of PayPal co-founder Peter Thiel. Over the course of the campaign, Thiel has so far put at least $13.5 million into a super PAC supporting Masters’ campaign, according to Insider’s Bryan Metzger.

The latest Emerson College Polling survey showed Masters ahead with 40% support among GOP voters, followed by Lamon at 22%, Brnovich with 14% support, and McGuire at 12%; nine percent of respondents were undecided.

Whoever emerges as the Republican nominee will have to run in a state that has shifted from red to purple in recent years. In 2018, Democrat Kyrsten Sinema won Arizona’s other Senate seat at the same time that Ducey was reelected as governor, and in 2020, Biden was the first Democratic presidential nominee to win the state since 1996.

Republican Rep. David Schweikert is running for reelection in this GOP-leaning district in the Phoenix area. His primary opponents are Josh Barnett and Elijah Norton.

The Democratic contenders are Jevin Hodge and Adam Metzendorf.

Democratic Rep. Ruben Gallego is running for reelection in a deep blue district anchored in Phoenix.

Jeffrey Zink is running unopposed in the Republican primary.

Democratic Rep. Greg Stanton, a former mayor of Phoenix, is running for reelection in a seat that became more competitive through redistricting.

Conservative Rep. Andy Biggs, a former member of the Arizona legislature, is running for a fourth term in a Republican-leaning district that contains Gilbert and parts of Chandler and Mesa.

Javier Garcia Ramos is on the ballot in the Democratic primary.

This Tucson-anchored district will feature an open-seat race as a result of Democratic Rep. Ann Kirkpatrick’s decision to retire at the end of her term.

Rep. Raúl Grijalva is running for reelection in this majority-Hispanic, Democratic-heavy district that runs along most of the state’s southern border of Mexico.

Nina Becker and Luis Pozzolo are running in the Republican primary.

Incumbent GOP Rep. Debbie Lesko is running unopposed for her party’s nomination. There are no candidates running in the Democratic primary.

There are no candidates running in the Democratic primary.