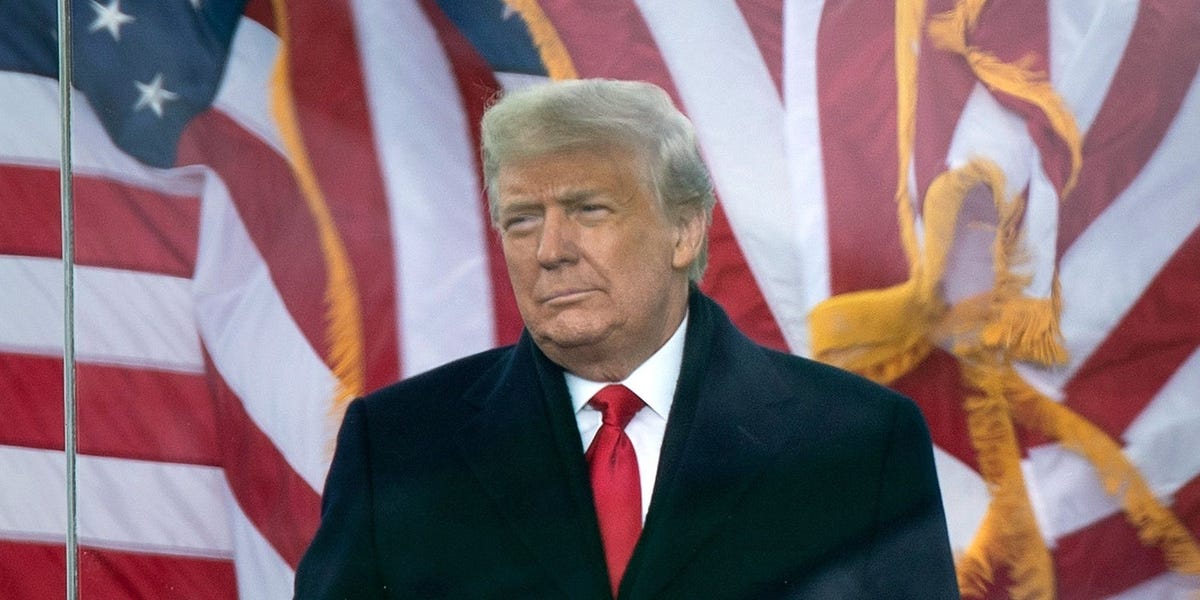 
The daughter of a man sentenced to 7 years in prison on Monday for taking part in the January 6 insurrection told reporters that the former president, whose supporters stormed the US Capitol, deserves to spend the rest of his life behind bars if her father was going to get his sentence.

Guy Reffitt, who was reported to authorities by his teenage son, was the first person to be convicted at trial for taking part in the 2021 riot. Prosecutors had recommended that Reffitt receive a 15-year sentence, arguing that his actions that day — storming Congress in tactical gear, with an alleged aim of assaulting members of Congress, according to prosecutors — constituted domestic terrorism.

His 7-year sentence is still the longest yet received by a January 6 defendant. At least 884 people have been charged in connection with the effort to overturn the results of the 2020 election via mob violence.

After Reffitt was sentenced, his daughters spoke to the media and argued that it was not fair for their father to receive such a long prison term while more powerful people remain free.

“To mark my dad as this horrible person, and then having him prosecuted like this, when somebody is maybe even able to get elected again? Doesn’t seem right to me,” Sarah Reffitt told reporters.

“Trump deserves life in prison if my father is in prison for this long,” Petyon Reffitt added.

The comments come after reports that federal prosecutors have been asking witnesses to speak about former President Donald Trump’s actions on January 6. Although no US president has ever been prosecuted over alleged crimes that took place while they were in office, legal experts have said that Trump could potentially be charged with seeking to obstruct an official proceeding of Congress — and that seeking to recognize fake, pro-Trump electors from states won by President Biden could constitute fraud.