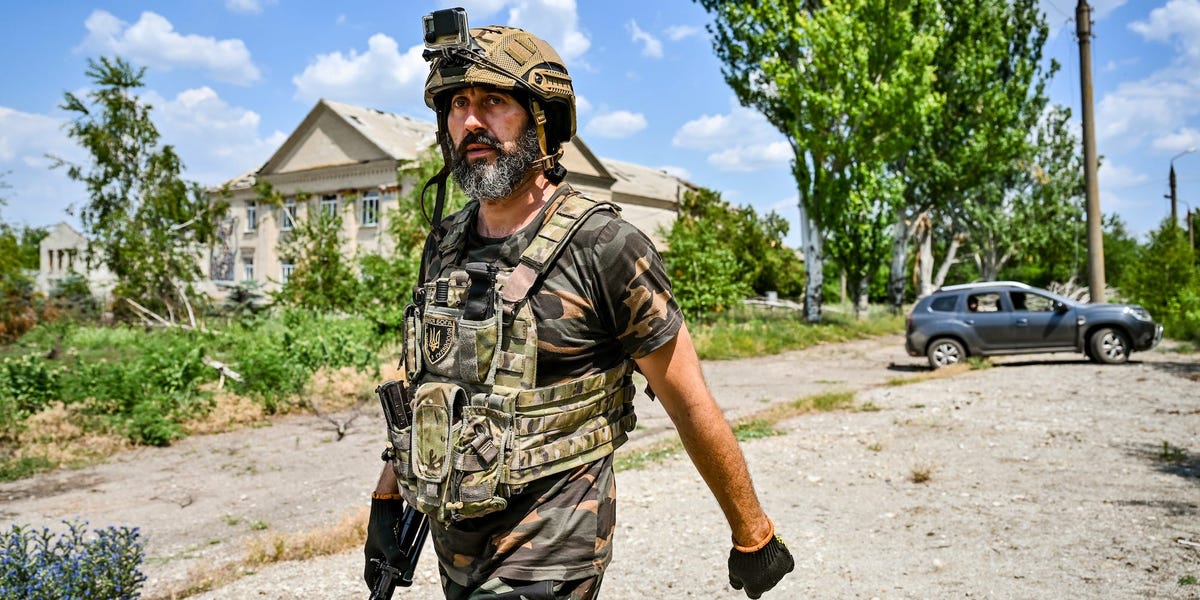 
In the five months since Russia launched its attack, Ukraine’s military has relied on its enlisted leaders to frustrate Moscow and force it to reduce its ambitions after heavy losses and limited progress.

Speaking to senior enlisted leaders from 65 countries on Monday, Ukrainian Air Force Chief Master Sgt. Kostiantyn Stanislavchuk attributed the effectiveness of those non-commissioned officers — which refers to troops who have risen through the enlisted ranks but have not been commissioned as officers — to a training process that was revamped after Russia’s 2014 invasion in order to emphasize leadership and the ability to think and act independently.

“I believe the sergeant corps plays an important role in this [success]. After all, the actions of small army units are managed by our junior commanders,” Stanislavchuk said at the Senior Enlisted Leaders International Summit hosted by the US Air Force near Washington DC.

“The sergeants of the armed forces, without waiting for instructions from the above, took the initiative” to conduct “independent, small operations” and act “independently and resourcefully,” Stanislavchuk said through a translator. “In this way, the [Ukrainian] defense forces are comparatively different from the enemy, where generals are forced to personally raise their subordinates to attack.”

Russia’s reliance on generals for battlefield decision-making was quickly identified as a shortcoming in Ukraine. The deaths of several senior Russian officers has been attributed to their need to be close to the frontlines, in addition to operational lapses that made them vulnerable.

While Russia’s military has tried to professionalize its noncommissioned officer corps in recent years, its mentality remains one in which “they look at their officers as filling most traditional NCO roles,” US Air Force Lt. Col. Jahara Matisek said at the summit on Tuesday.

“So that’s why you would see a much higher kill count with their officers,” added Matisek, an instructor at the US Naval War College.

Stanislavchuk contrasted Ukraine’s approach to NCOs with that of the Russians, who he said “adhere to the Soviet approach” in which “the individual does not play any role.”

“The Russians can’t cope with the unpredictability of the Ukrainians,” Stanislavchuk said, adding that Russians “act according to a plan, they follow the letter to the order, [and] their junior commanders and NCOs lack intelligent initiative.”

After that conflict, Kyiv began an effort to improve “the multi-level system of training for the sergeant corps to comply with training requirements for professional sergeants in NATO member states,” Ukraine’s Ministry of Defense wrote in February 2017. That effort drew heavily from the US military’s training for enlisted leaders.

“Due to the newer system, we actually get to spend a little more time with the officers, and they get to see the NCOs are not just there to follow orders. They’re also there to make decisions,” Stanislavchuk added.

That improved training and a high level of motivation has allowed Ukraine to impose heavy costs on Russia, Stanislavchuk said, giving updated totals for Russian losses that included some 41,000 casualties, 5,800 tanks and armored vehicles destroyed, and more than 400 planes and helicopters shot down.

Ukrainian troops have also brought down more than 730 unmanned aerial vehicles — including operational and tactical drones and “not just the ones you can buy in the store,” Stanislavchuk said.

Despite Russia having a larger and more technologically advanced air force, Ukraine has denied it control of the air over Ukraine — which Stanislavchuk attributed to extensive planning prior to the war and quick decisions in its early hours that allowed Ukraine’s air force to preserve aircraft and personnel by moving them out of the line of fire.

“The vast majority of the planes also managed to get into the air,” Stansilavchuk said. “With that, it was possible to save the main combat potential of the air force from its destruction.”

Intensifying competition with Russia and China has prompted the US military to put more emphasis on its own talent management and on developing junior leaders who can take initiative, especially in environments where communications with higher-level commanders are disrupted.

The US Air Force in particular has focused on distributing its operations to counter the growing reach of adversaries, coupling it with an effort to develop “multi-capable” airmen who can perform several duties at remote outposts in order “to minimize the footprint and stay agile,” an officer said last year.

High-quality NCO leadership is seen as essential to those operations and to countering the ambitions of adversaries more broadly, US Air Force Chief Master Sgt. JoAnne Bass said Monday.