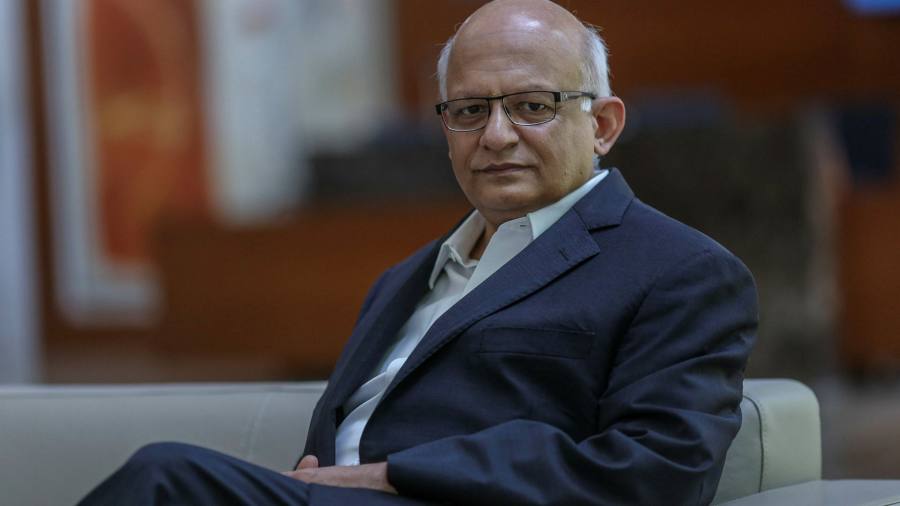 
Investors are worried that the juggernaut of Indian industry that is IT outsourcing is slowing down.

Shares in Tata Consultancy Services (TCS), the back-office group that is the country’s second-biggest company by market capitalisation, have fallen 14 per cent since the start of the year, compared with 6 per cent for the benchmark Nifty 50.

Rival Infosys had tumbled 20 per cent year to date before reporting strong results in July.

But N Ganapathy Subramaniam, chief operating officer of TCS, waved away any concerns in an interview with the Financial Times. The “world needs technology talent and it is in short supply today. And India has the largest pool of technology skills anywhere in the world”, he said.

IT services are an emblem of India’s outward-facing economy, servicing huge global corporations — TCS clients range from AstraZeneca to Citibank, Microsoft and Marks and Spencer. The sector is also a big creator of skilled jobs, employing more than 5mn people. TCS alone hired 118,880 “freshers”, or new graduates, in its financial year, which ended in March 2022.

With more than 600,000 workers, TCS is among the world’s biggest private sector employers, behind Volkswagen with 673,000 employees but ahead of logistics group UPS with 534,000.

But some analysts have been sceptical that IT services growth will continue to be strong, particularly if there is a global recession, and are concerned about high levels of employee churn in the industry making salaries more expensive.

Earlier this year, Nomura wrote that a slowdown in growth for Indian IT services was “likely sooner than expected”, forecasting that “tough days are ahead for tech spending”. JPMorgan deemed the industry’s “peak sector growth behind [it]”.

In early July, TCS missed analysts’ expectations, reporting a 10 per cent increase in year-on-year quarterly revenues to $6.7bn and operating margin at 23.1 per cent, down 2.4 percentage points compared with the first quarter of the previous year.

“It has been a challenging quarter from a cost management perspective,” said chief financial officer Samir Seksaria. The lower operating margin “reflects the impact of our annual salary increase, the elevated cost of managing the talent churn and gradually normalising travel expenses”.

Other IT services companies are also disappointing investors. Bangalore-based Wipro is down 41 per cent since the start of the year after several downgrades by investment banks. Tech Mahindra, another outsourcer, is also down 41 per cent.

Last Sunday, Infosys surprised analysts by reporting quarterly revenues up 17.5 per cent year on year to $4.4bn, ahead of estimates. But earnings margins, a closely watched industry profitability metric, shrank from 23.7 to 20.1 per cent in the same period.

Not everyone is pessimistic. In a recent note, Macquarie argued that companies such as TCS and Infosys were well placed to weather an economic downturn: “Unlike [the] 2000s, India Tier-1 IT Services firms are strategic partners — not glorified staffing providers who will be the first to bear the brunt of cuts.”

Subramaniam agreed, saying clients might make “some readjustments, but I don’t think spend itself will come down” and while “people may not buy new hardware” they might increase spending on cloud computing, for instance.

Yet there are certainly things to worry about. In the past TCS has offset rising costs by increasing productivity and putting up prices, or through foreign exchange gains, said Subramaniam. But this time will be trickier, “because while [the] rupee has weakened against the dollar, [it] has strengthened against other currencies”.

Along with the expense of travelling again as lockdowns have eased, Subramaniam said increasing salary costs were also squeezing operating margin, which last financial year undershot its aspirational band of 26-28 per cent, coming in at 25 per cent.

But Subramaniam insisted these higher salary costs were “an aberration”.

“It’ll taper down, that’s what our feeling is, but in the foreseeable future, at least [for] about two or three quarters . . . if I’m going to hire somebody I’ll have to pay 30 per cent more [than] I’m paying.”

He also believes employee churn has peaked. However, he said he was worried about the tens of thousands of new joiners who had been working remotely and “don’t know the culture of TCS”.

Previously, the top choice for millions of graduates with technical skills, companies such as TCS and Infosys now compete with hundreds of start-ups offering high salaries thanks to venture capital funding.

“You can never match a salary that a start-up gives,” said Subramaniam, adding that this year’s slowdown in venture capital funding would “bring in some sanity” to the recruitment market.

Meanwhile TCS, which was founded in 1968, is negotiating a changing work culture, with younger staff expecting more flexibility and choice.

“Senior people, 10 years and above, they want to come to the office,” said Subramaniam. “The younger ones they feel: look, don’t force me to come.” Younger staff “want to have a lot more flexibility and a lot more involvement in what they will do and how much time they will take to complete it”, he added. “So we have to change our thinking at that level.”